The museum is located in Carpenters' Court, along Chestnut Street between 3rd and 4th Streets. This building is a reconstruction of the one constructed by the Carpenters' Company in 1791 and originally used to house the office of the first Secretary of War, Henry Knox, and his staff. The building currently houses exhibits highlighting the founding of the United States Marine Corps and the Army and Navy Departments from the American Revolution through the last decades of the 18th century. 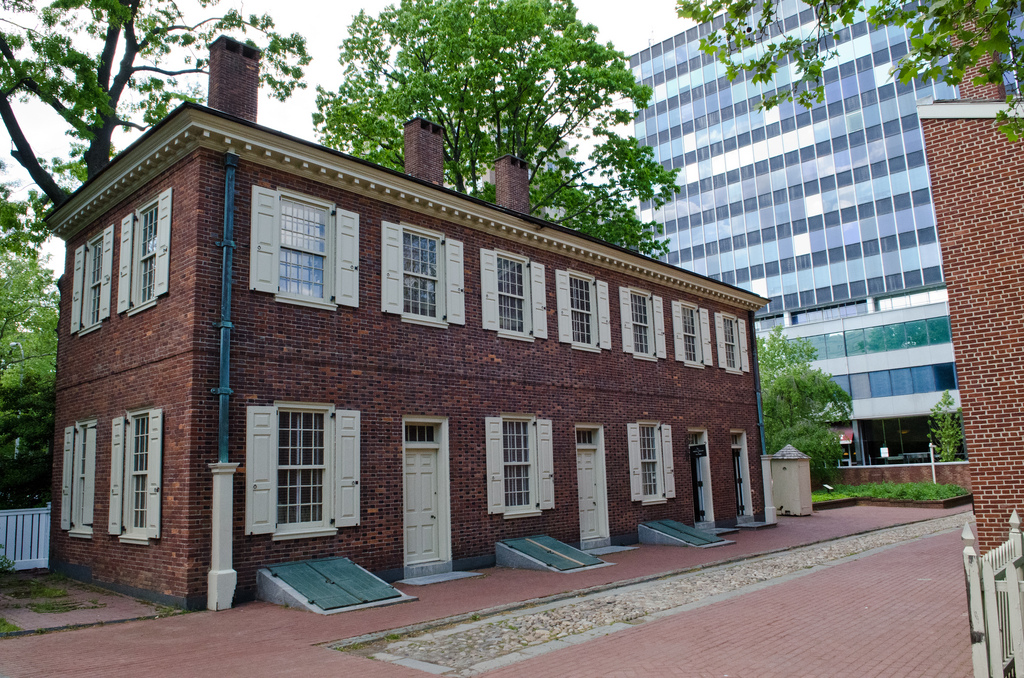 Displays inside the New Hall Museum

An exhibit called "Marines in the Revolution" documents the role of leathernecks from the years 1775-1781. Half a year before the Declaration of Independence was written, an Act of Congress gave birth to the Continental Marine Corps by authorizing the formation of two battalions of troops. Recruiting for the new military branch occurred at Tun Tavern, a popular Philadelphia waterfront watering-hole, which no longer stands.

Vertical, glass-enclosed displays showcase hand grenades, a blunderbuss, swords, and other Marine weaponry and equipment. At the bottom of each case, a Revolutionary War timeline gives a headline history of the clash's salient events, particularly those pertaining to the Marines. We learn that long before the Halls of Montezuma, Marines supported George Washington during his 1776 Christmas crossing of the Delaware, surprising the Hessians at Trenton.

New Hall was built in 1791 by members of the Carpenters' Company. The guild was so successful in renting out their headquarters, Carpenters' Hall, that they were forced to move their own headquarters out of their building to New Hall. This is a great little museum to go and visit.  It is walking distance to many other great museums.  New Hall Military Museum is 3 blocks from Independence Hall and the Liberty Bell.