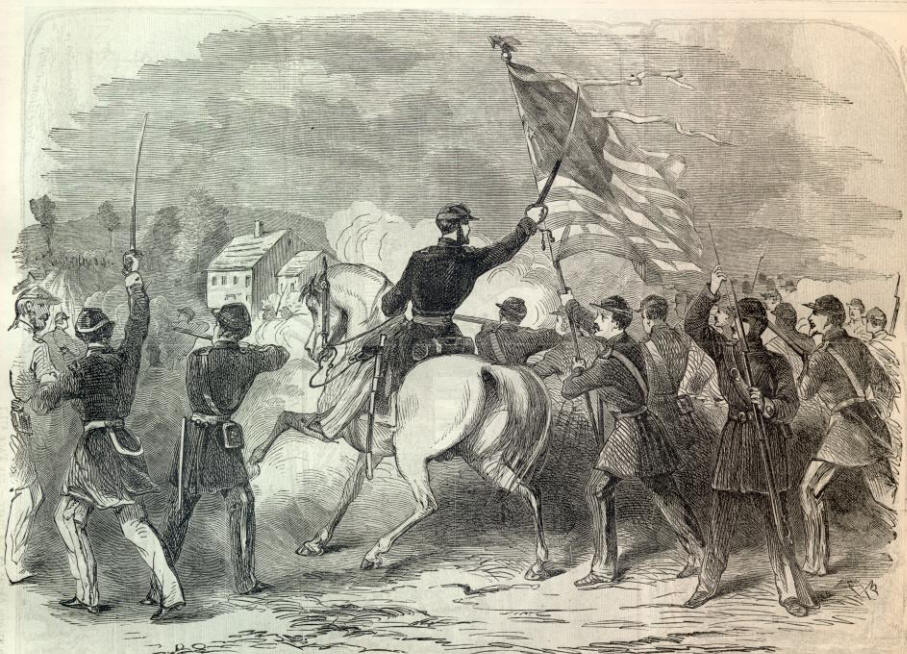 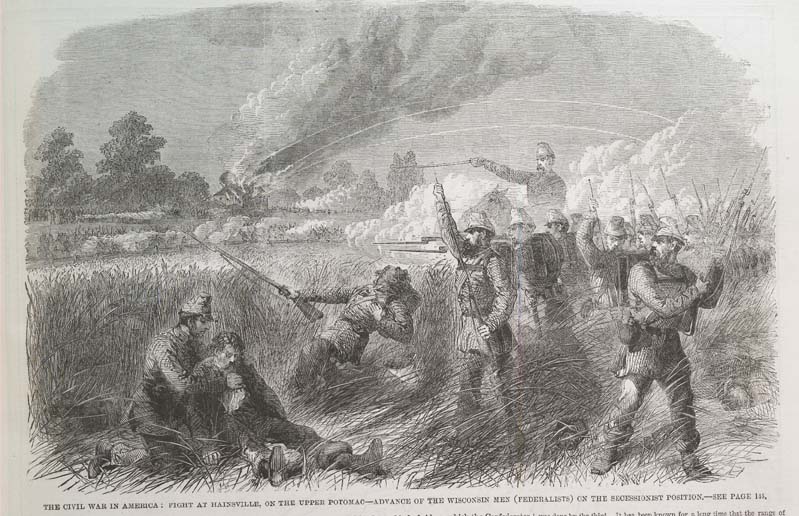 In the months after the Union surrender of Fort Sumter, and other brief skirmishes between the North and South occurred, by June of 1861 the first significant battles of the Civil War commenced in northern Virginia. Strategic vantage points occupied the objectives of the Confederacy and their goal to take control of the Manassas Gap railroad and the Orange & Alexandria railroad. The railroads could bolster P. G. T. Beauregard’s position at Manassas Junction by supplying food, munitions, and quick access to Joseph E. Johnston’s troops in the Shenandoah Valley. Equally important, because Manassas is close to Washington D.C., Beauregard could conduct intelligence gathering on the strengths of the Union army. As the battle in Harpers Ferry commenced in June, Johnston’s brigade retreated to Winchester. Because of Johnston’s retreat, Union General Winfield Scott ordered Major General Robert Patterson’s brigade to follow Johnston and prevent him from meeting up with Beauregard in Manassas.

Under the command of Scott, Patterson and his Union soldiers rallied their forces and prepared for battle in the Shenandoah Valley. However, faulty intelligence gathering reported Johnston’s forces as much larger than actuality and caused Patterson to delay a full-on attack.

On July 2,  Patterson’s division crossed the Potomac River nearby Williamsport, Maryland and headed towards Martinsburg. Close to Hoke’s Run, Brigadier General John Joseph Abercrombie’s and Major General George H. Thomas’s brigades encountered regiments of Thomas J. Jackson’s brigade, driving them back slowly. Jackson was ordered to delay the Federal advance only, to which he accomplished, and withdrew before Patterson’s more substantial force could fully engage them. By July 3, Patterson occupied Martinsburg but made no further aggressive moves until July 15, when he marched to Bunker Hill. Instead of moving on Winchester, however, Patterson turned east to Charles Town and then withdrew, back to Harpers Ferry. In the intervening days of July third to the fifteenth, Union soldiers seized the office of the Virginia Republican, a local newspaper in Martinsburg that supported the Confederacy. The following day, on the Fourth of July, Union soldiers printed the first issue of the American Union that provided news about the Union army and patriotic writing.

The skirmish at Poke’s Run was small but had a significant outcome for the Confederacy. Despite the Union winning the small battle, Confederate troops slowly retreated and were able to board trains at Manassas Gap and meet up with Beauregard. The short-term victory for the Union at Poke’s Run caused them to substantially lose at the Battle of Bull Run or better known as the First Manassas.