In the center of the famous Pike Place Market sits the original Starbucks. The now ubiquitous coffee chain’s roots were formed in this downtown Seattle location in March of 1977. Today the shop remains a functioning retail location, open to the public. However the original vision and intention of the business is evident, along with a cultural status coffee lovers travel from all over the world to pay homage to. 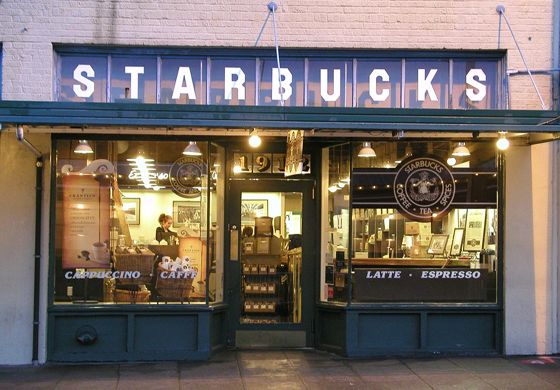 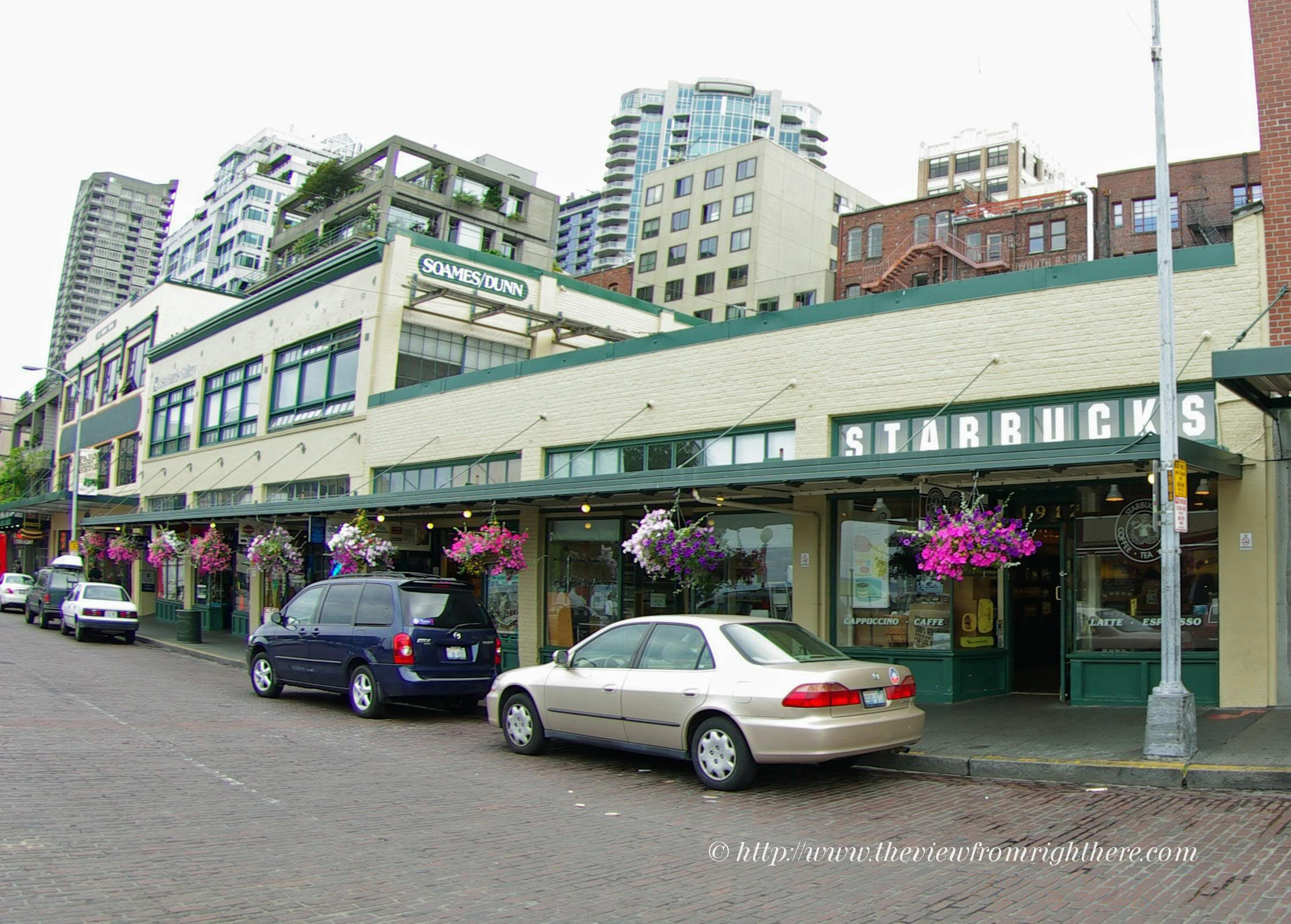 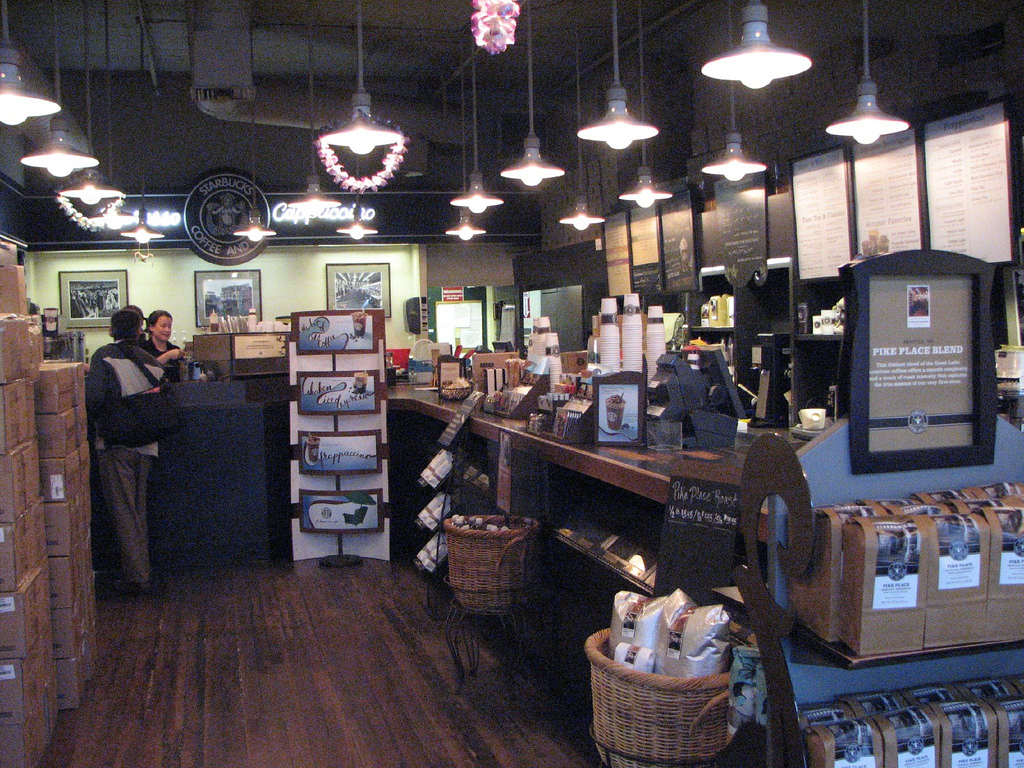 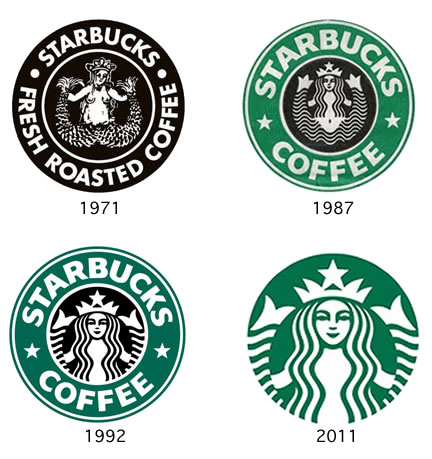 With a selected theme of nautical mythology, the first company logo was drawn from a siren, the name selected from Herman Melville’s Moby-Dick. The original logo bore a more scantily clad mermaid, a topless, risqué version that now only exists on the window detailing of this original location.

As the site is in a designated historic district, the building’s exterior remains the same as it did upon it’s original opening. The interior, however, remains true to the founder’s original intention. Instead of featuring the sprawling lounge environment comprised of comfortable chairs and plentiful tables that Starbuck’s is know for, the first location remains blatantly seatless. The founders envisioned a place where people simply arrived to purchase freshly roasted beans - not to linger over a mug. As such, the original location remains purely purchase-based. Guests can enter, pick up their order, and edge out of the narrow space back onto the Market’s streets.

Today Starbucks can be found in 65 countries around the world, with more then 20 thousand retail locations. The store has surpassed standard coffee sales, and has forged a lifestyle brand, while becoming a notable global phenomenon.

Monday-Sunday: 6am to 9pm