Mount Royal Station was the first railroad station in the world to have electrified passenger trains when it opened on September 1, 1896. It closed in 1961 and was then sold to the Maryland Institute College of Art. 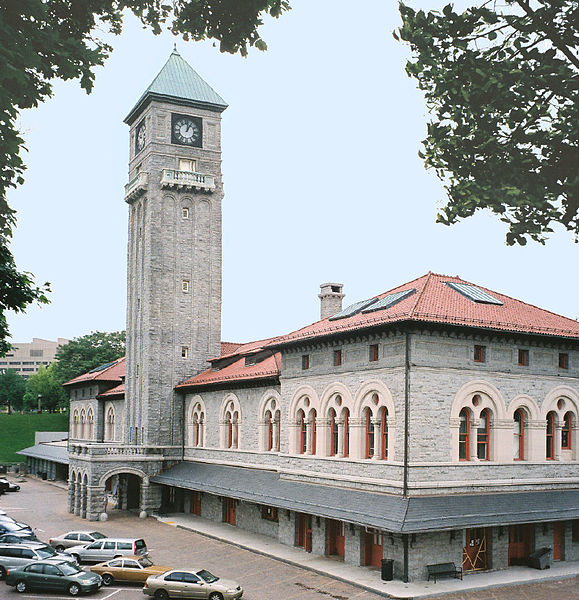 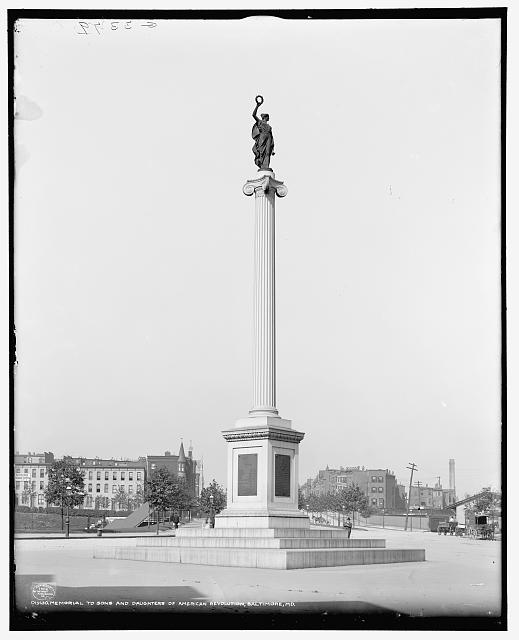 Once acquired by the Maryland Institute College of Art, the building was converted to contain art studios, leaving many of the original design elements intact.

Across the street, you can find the 60-foot tall Maryland Line Monument by sculptor Albert L Van den Berghen. Its name alludes to Maryland's nickname, "The Old Line State." In 1901, this monument was dedicated to the "Bayonets of the Continental Army." The Goddess of Liberty stands on a columnn holding a laurel wreath and the Declaration of Independence.