Dedicated on 2 September 1997, National Vigilance Park and its Aerial Reconnaissance Memorial stands to honor those "silent warriors" who risked, and often lost, their lives performing airborne signals intelligence missions during the Cold War.

National Vigilance Park was made possible by the decision to declassify the existence of the program. 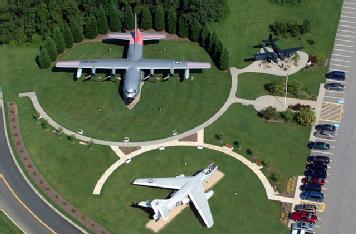 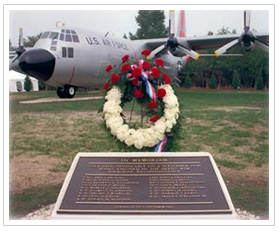 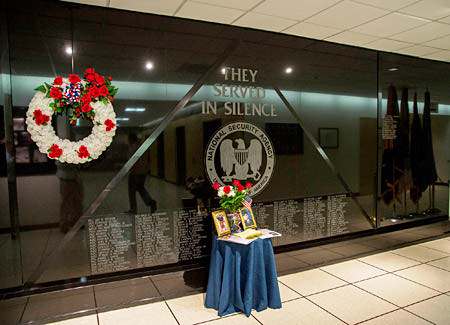 The NCM collection contains thousands of artifacts, including numerous working World War II German Enigma machines. Displays explore the history of American cryptology and the people, machines, techniques, and events that shaped that history. The museum began as a special collection that was only available for NSA employees and others with security clearances. That collection now forms the basis of the museum that features exhibits related to the history of cryptology and espionage, with some artifacts dating back to the colonial era.

The centerpiece of the memorial is a C-130 aircraft, refurbished to resemble the reconnaissance-configured C-130A which was downed by Soviet fighters over Armenia on 2 September 1958.  In addition to the C-130, the NVP also has on exhibit an Army RU-8D Seminole. This aircraft pays tribute to the service and sacrifice of soldiers assigned to perform aerial reconnaissance and cryptologic intelligence-gathering missions during the Vietnam Conflict. The aircraft was completely restored and donated by the Transportation Museum, Fort Eustis, Virginia, to the 704th Military Intelligence Brigade.

Finally, the U.S. Navy's contribution to National Vigilance Park bears the markings of an EA-3B aircraft, Ranger 12, assigned to Fleet Air Reconnaissance Squadron Two (VQ-2). The original aircraft was lost during an operational mission in the Mediterranean on 25 January 1987 while attempting a landing on the USS Nimitz. All seven crewmembers aboard Ranger 12 perished.

Aerial reconnaissance became necessary in the 1940s and 1950s because of the Cold War. Soviet propaganda boasted of its strong defense capabilities, and its record of achievement in World War II added credibility to these claims. The USSR detonated its first atomic weapon in 1949, years ahead of American estimates. In the 1950s, Soviet advances in rocket science increased the possibility that the continental United States could become a nuclear battleground. Washington's (incorrect) assumption that the Soviets had prompted the Korean War led policymakers to the conclusion that the Soviets were ready for a "hot" war.