Audubon Aquarium of the Americas

Looming large against the Mississippi River is the extraordinary Audubon Aquarium of the Americas, one of the top museums of its kind in America. Here the visitor finds 15,000 sea life creatures, representing nearly 600 species, living happily in a state-of-the-art facility. The world-renown Audubon Aquarium is home to fish and sea life of all kinds - and visitors can get up close, eye-to-eye if you please, with some of the most fascinating creatures of the ocean. This is a very fun and exciting place to take a family vacation and have a blast.

A photo of the outside of the building. 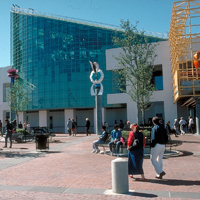 This is the view from the Mississippi River. 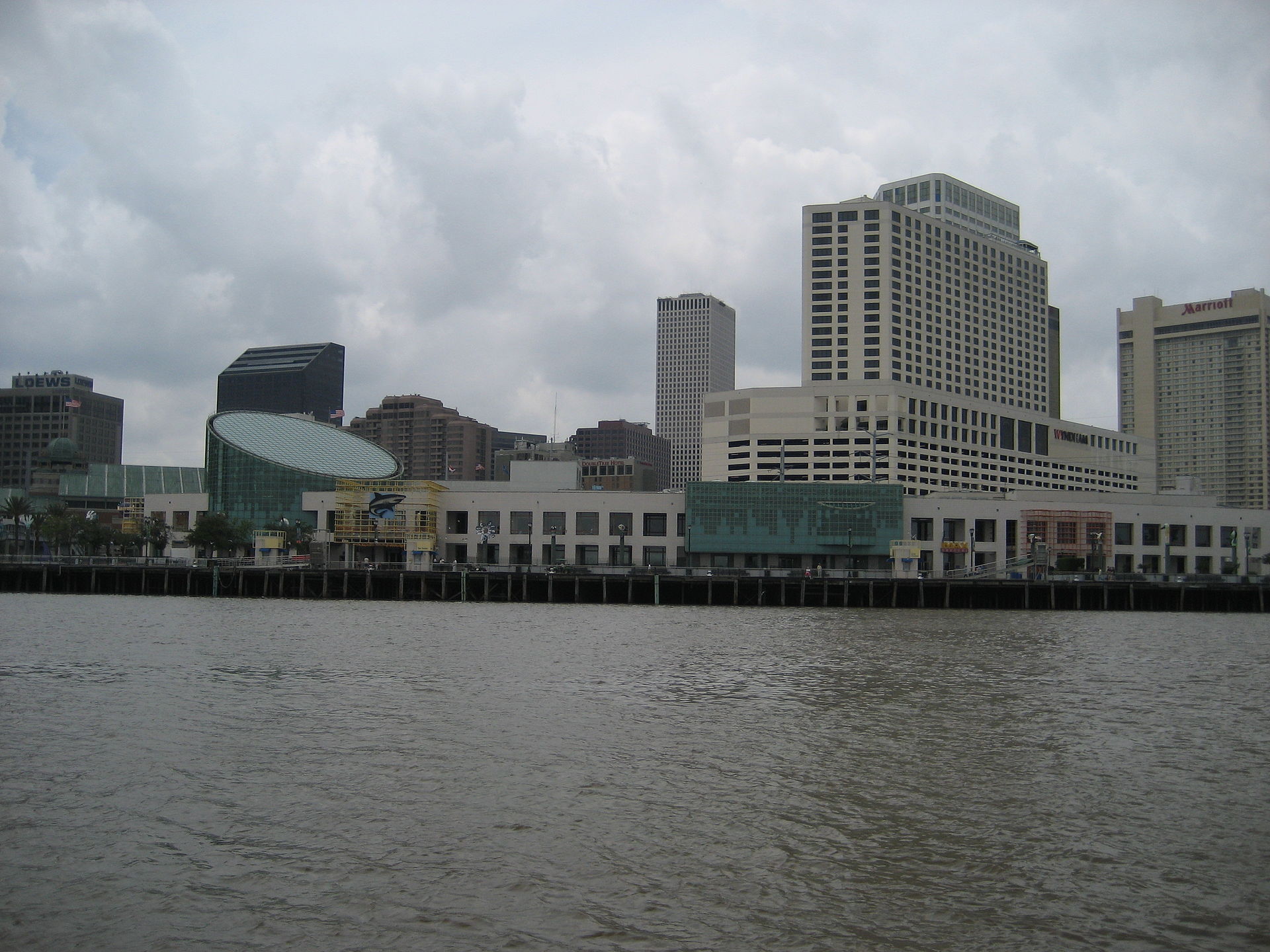 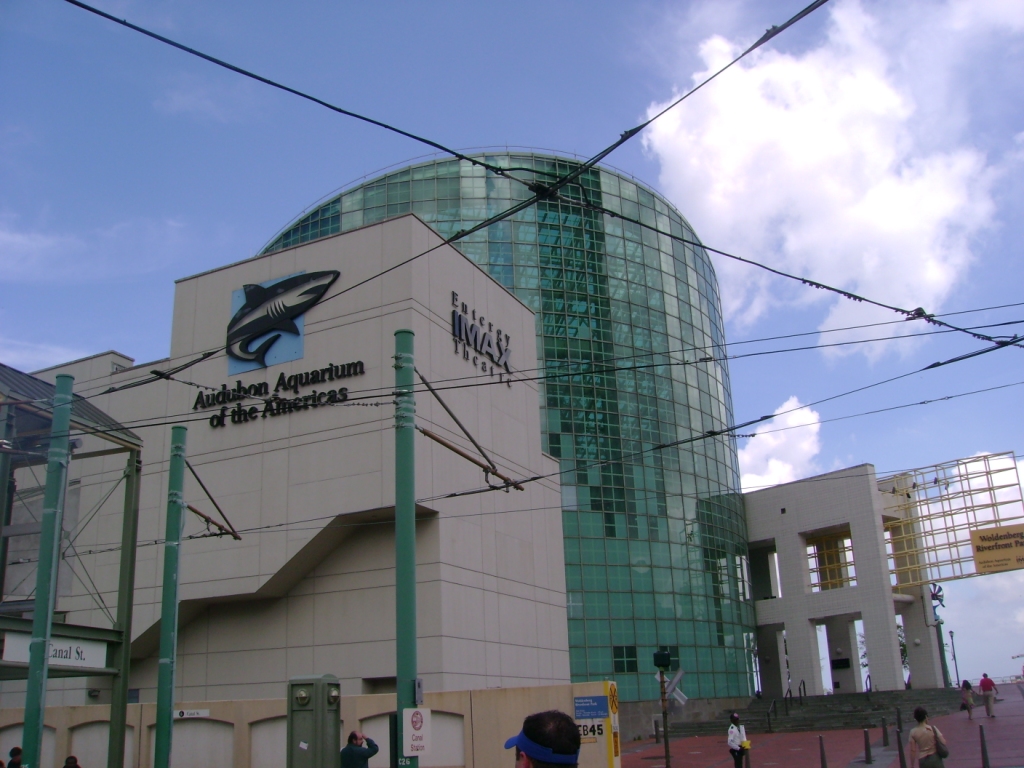 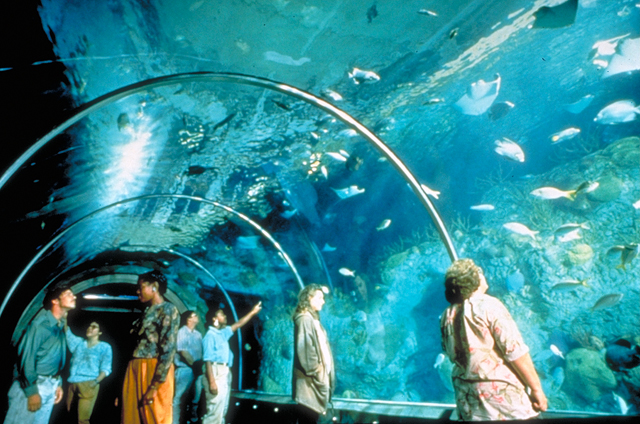 One of the many exhibits within aquarium 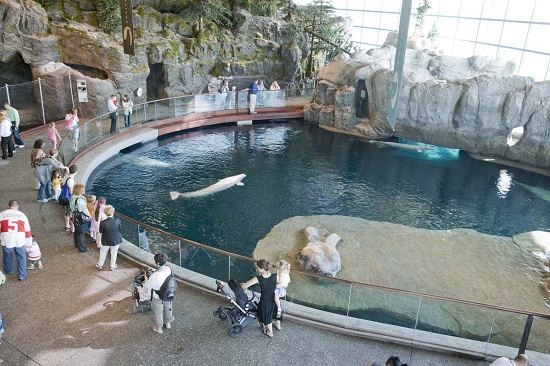 Located on the Mississippi River adjacent to the French Quarter Audubon Aquarium of the Americas immerses you in an underwater world. The colors of a Caribbean reef come alive in our walk-through tunnel, while our penguins and Southern sea otters enchant you with their antics. Touch a sting ray, feed a parakeet, and marvel at our gigantic sharks, tarpon, and rays in the 400,000 gallon Gulf of Mexico Exhibit. Watch for sea turtles throughout the Aquarium—as coordinator of the Louisiana Marine Mammal and Sea Turtle Rescue Program, we prepare many of them for release to the wild.

The Caribbean Reef tunnel, for example, is 30 feet long and allows the visitor a view of the Caribbean sea life viewed only by divers. The new Seahorses Gallery showcases these beautiful creatures as they swim gracefully between the grasses in their home and glide through the water. Remember, only the male seahorses give birth. At the Audubon Aquarium visitors also find rare and endangered species. Look for the white alligator - just 18 of these animals were found in a Louisiana swamp. These alligators are not albino - their steely blue eyes and white skin are mesmerizing. In Cajun lore, seeing a white alligator is considered good luck!

Want to pet a shark? Here's your chance. The shark touch pool allows visitors to touch a baby shark and talk with the naturalist. Want to be entertained by Sea Otters, rare neon colored frogs or jaunty penguins? They are all here! The half-million-gallon Gulf of Mexico exhibit teems with fully-grown sharks and undersea life that thrive around the barnacled pilings of a simulated oil rig. If anaconda snakes, poisonous frogs and stunning exotic birds are your interest, then visit the Aquarium's Amazon rain forest exhibit. Come and soak up the fun with your family and friends.

The 2005 Hurricane Katrina heavily damaged the aquarium internally when electrical power and sorely needed generators shut down. This lose of power led to the life support systems, used by the animals, to shut down, resulting in the loss of over 10,000 fish. During the next year, the aquarium was restored, as well as replacing the lost fish. Since then, even more species of animals have been added, going beyond the 10,000 that were lost.

The aquarium has been used as a filming location for the 2009 film, Bad Lieutenant: Port of Call New Orleans, directed by Werner Herzog and starring Nicolas Cage, as well as for the 10th episode of Life After People. Bad Lieutenant won the Christopher D. Smithers Foundation Special Award during the 2009 66th Venice International Film Festival.

Tue-Sun 10am-5pm; Mon (during the summer and select holidays) 10am-5pm