After AEP (American Electric Power) surface mined 30, 000 acres, it reclaimed the land for public use and created Miner’s Memorial Park. The reclaimed land offers opportunities to hunt, fish, hike, mountain bike and horseback ride. Echoing of its mining past, the park’s centerpiece is “The Big Muskie Bucket.” The Big Muskie is one of the seven engineering wonders of the world. It is the world's largest dragline and equal in volume to that of a 12 car garage. The bucket was lovingly named by those who worked with the piece of machinery. Today, one can walk into the bucket and read the writings made by those who worked with the dragline. 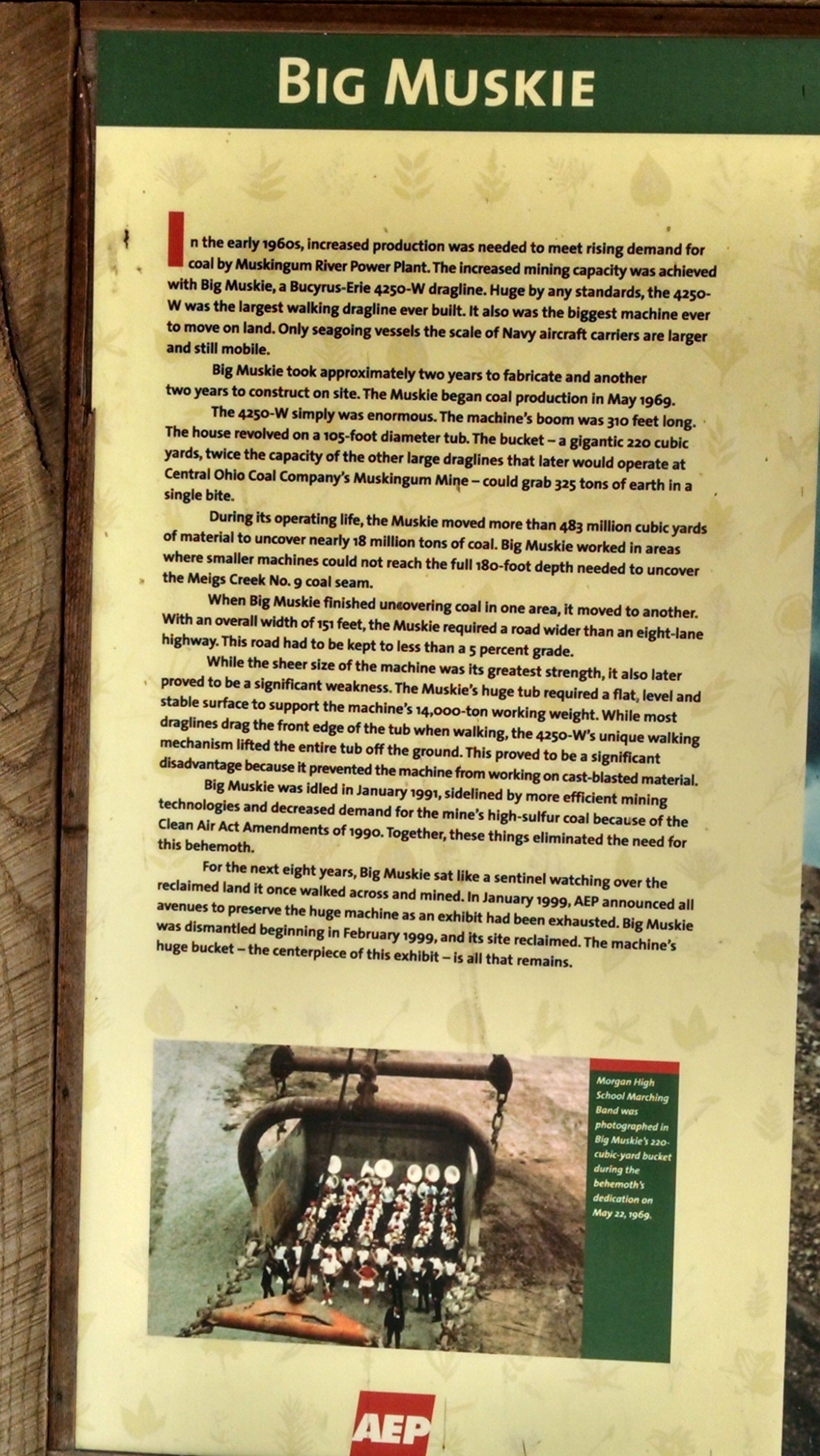 An onsite plaque briefly describing the history of mining equipment. 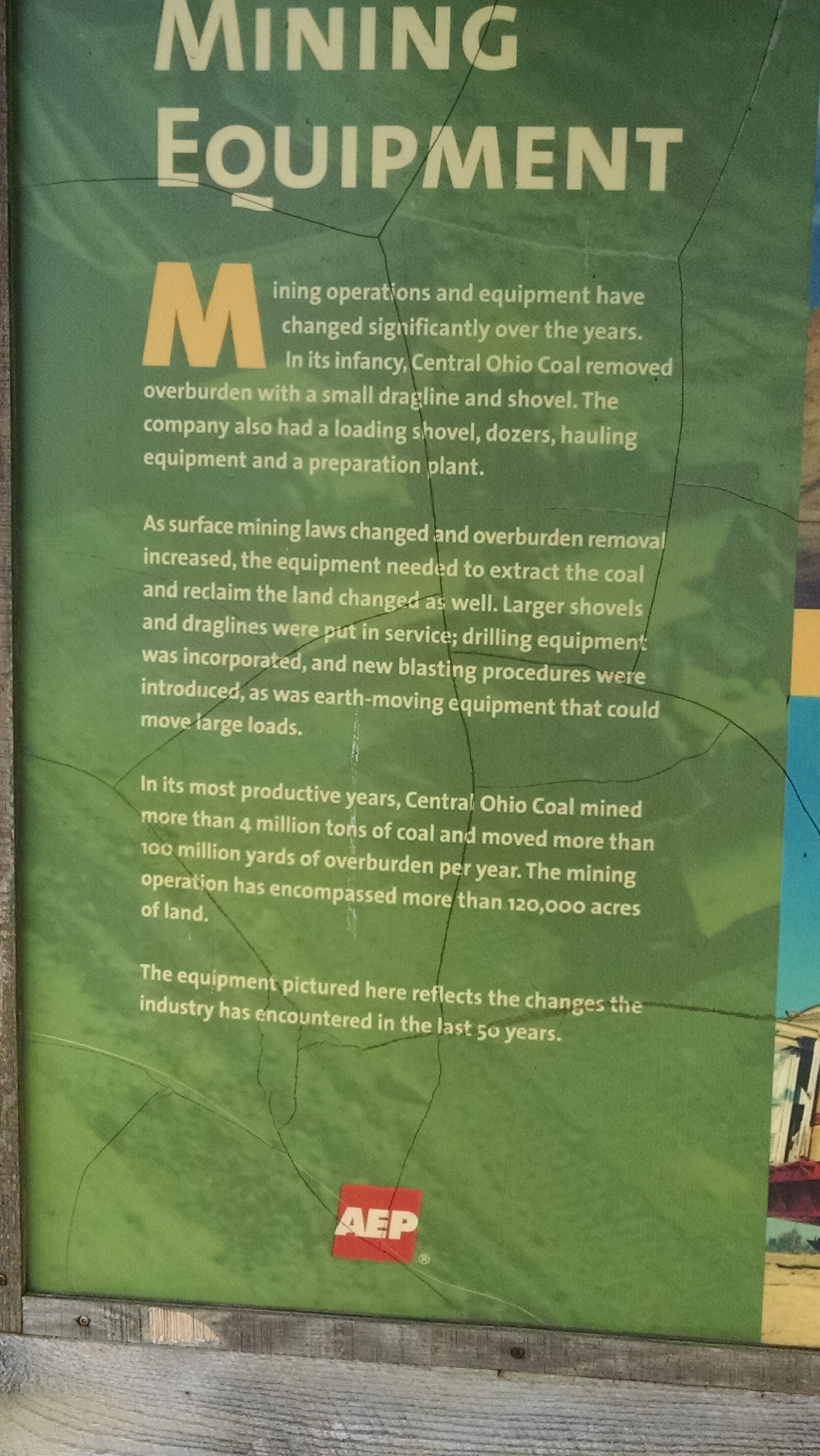 An onsite plaque briefly describing the mining process and generation of energy through coal. 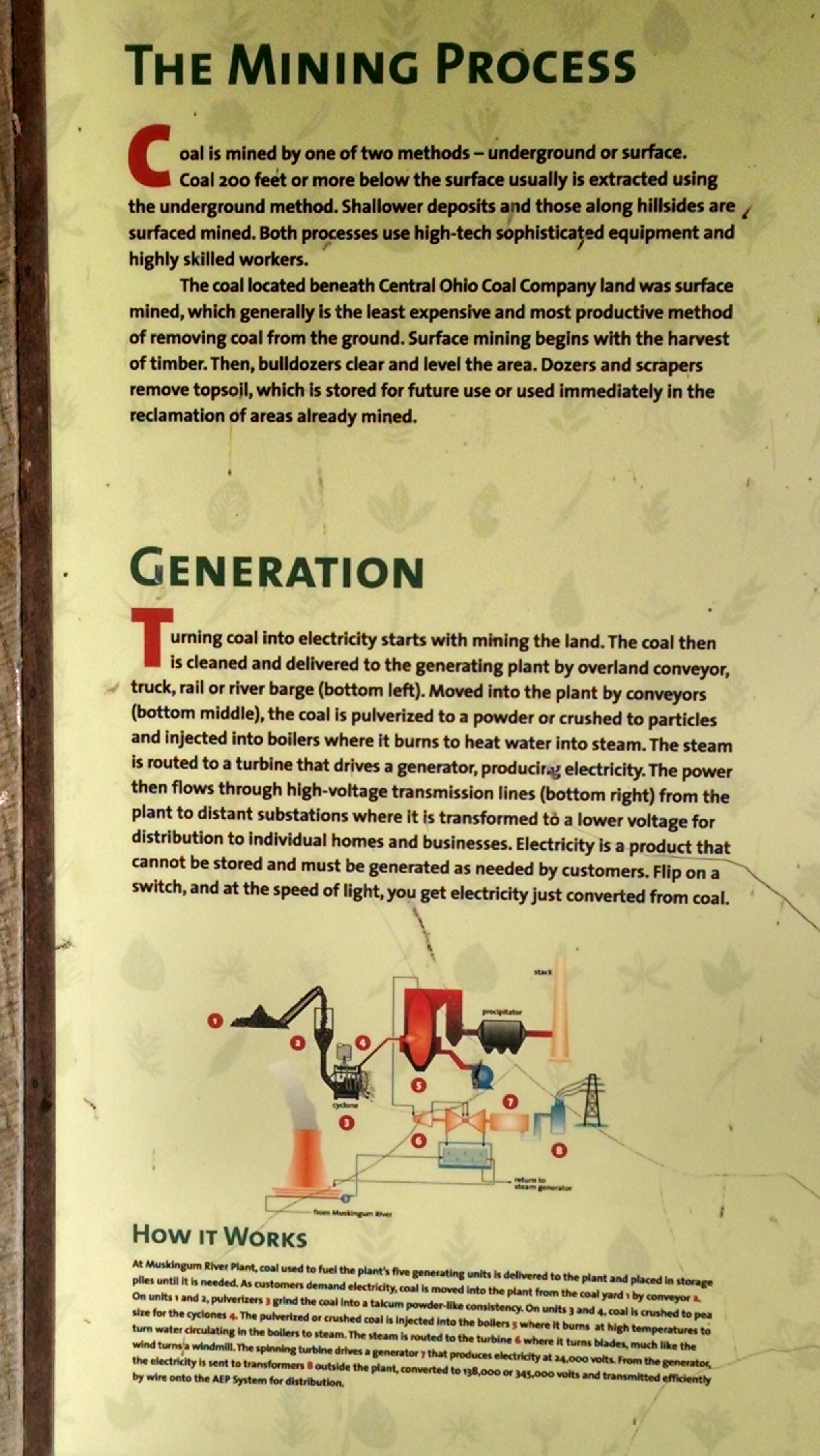 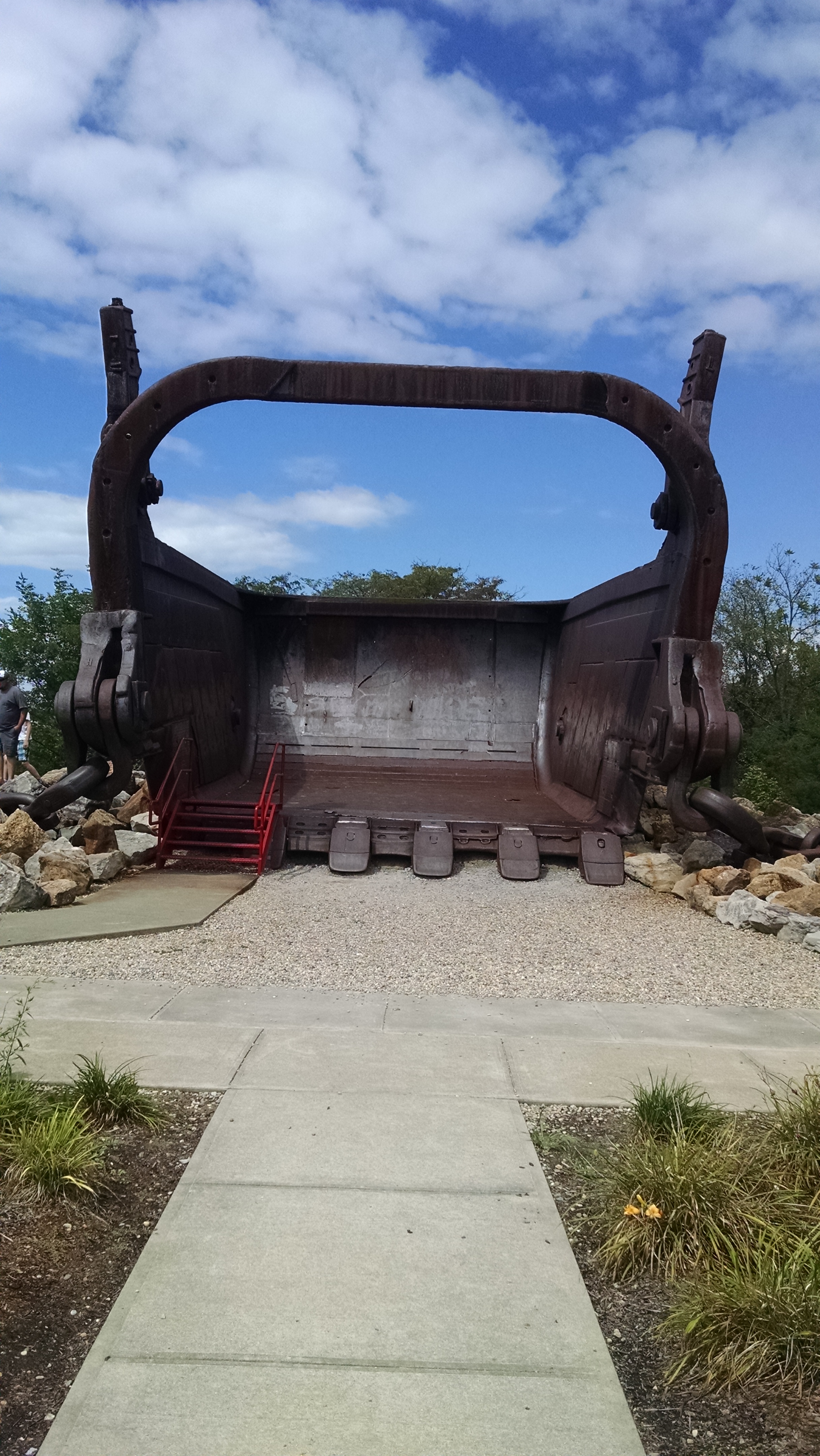 The Big Muskie (side view) with pavilion 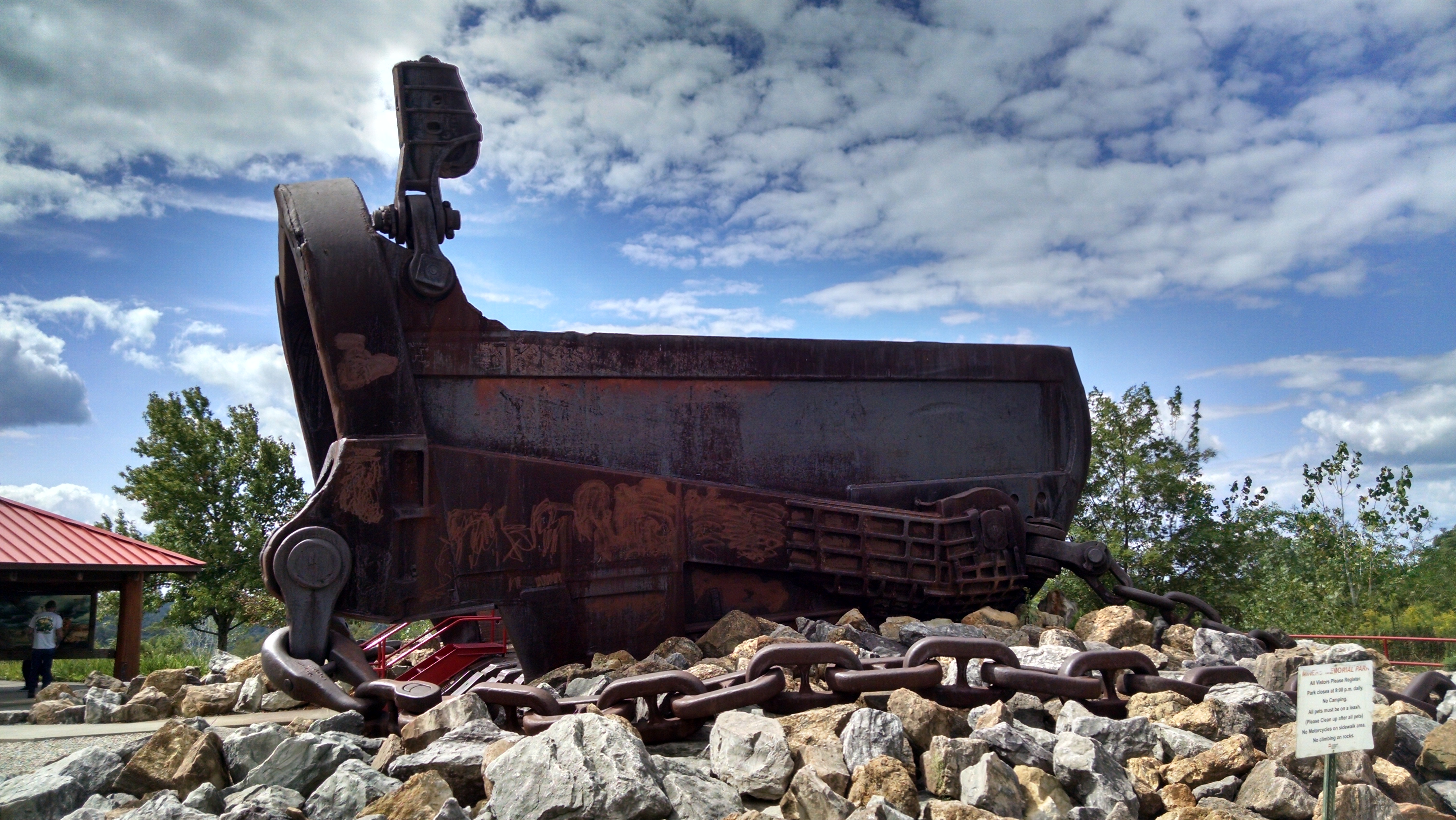 The Big Muskie's massive chains, remnants of its working past. 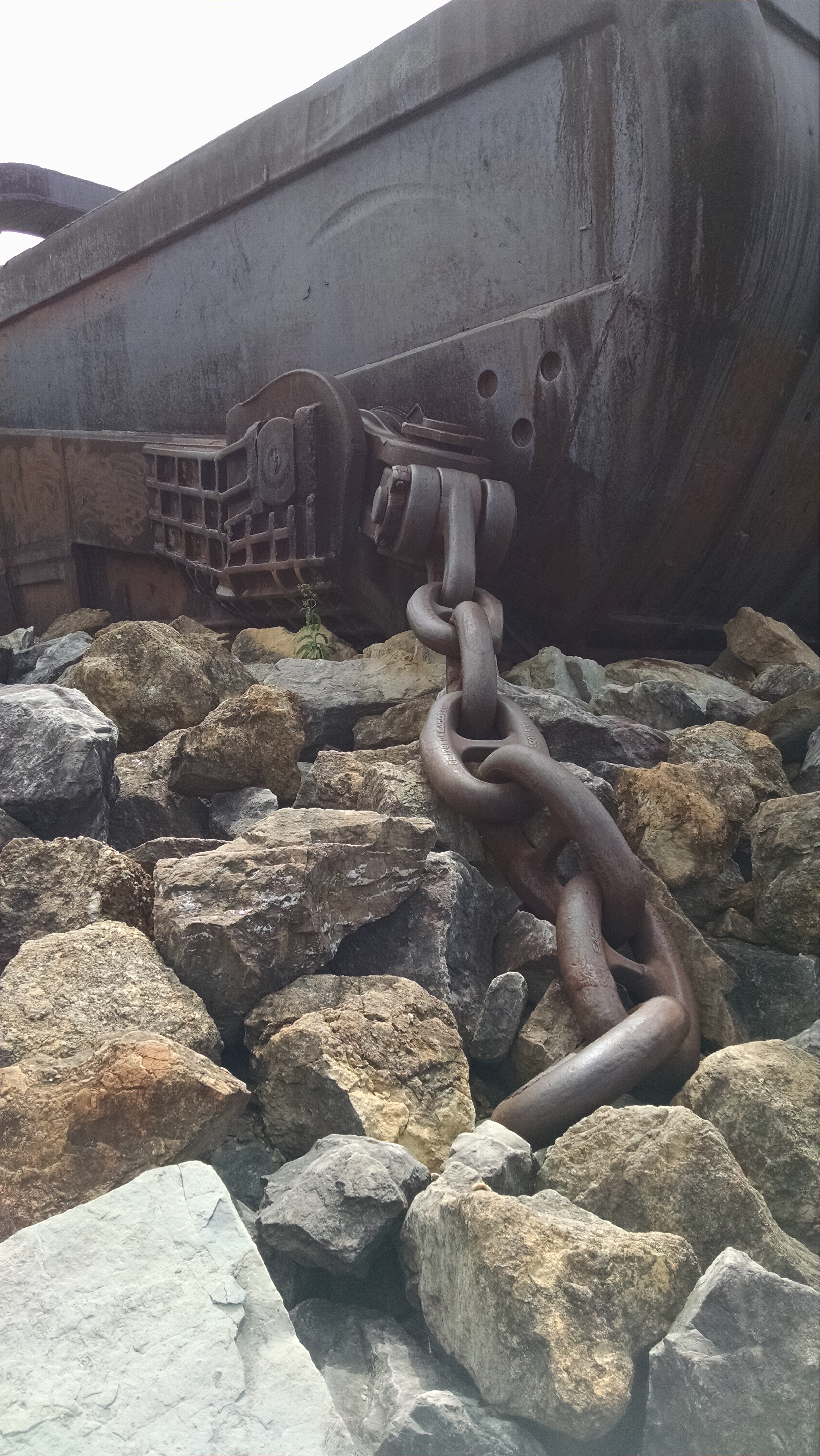 The Big Muskie, part of the biggest machine to move on land. 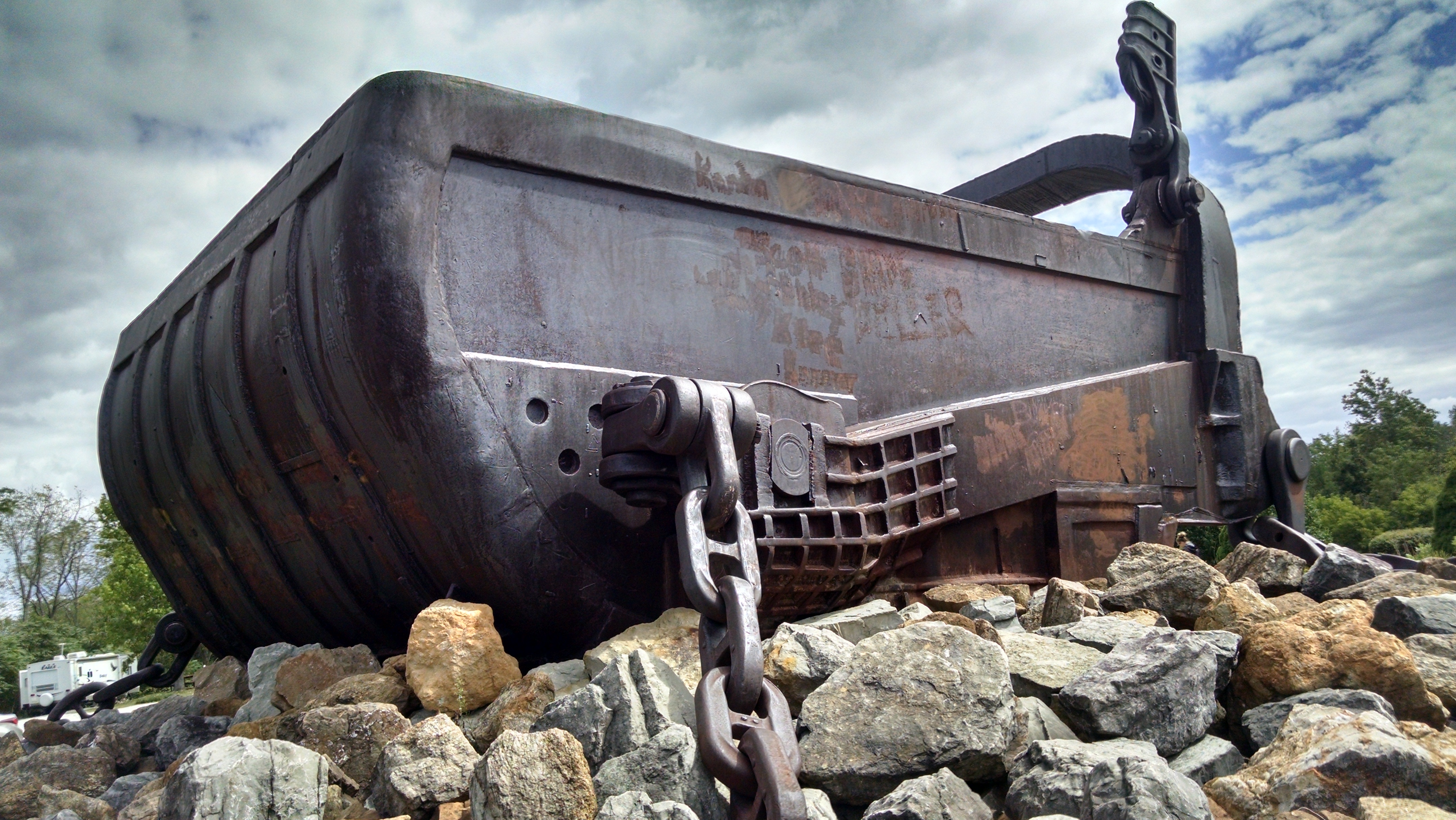 The Big Muskie's impressive bucket, capable of grabbing 325 tons of material in a single bite 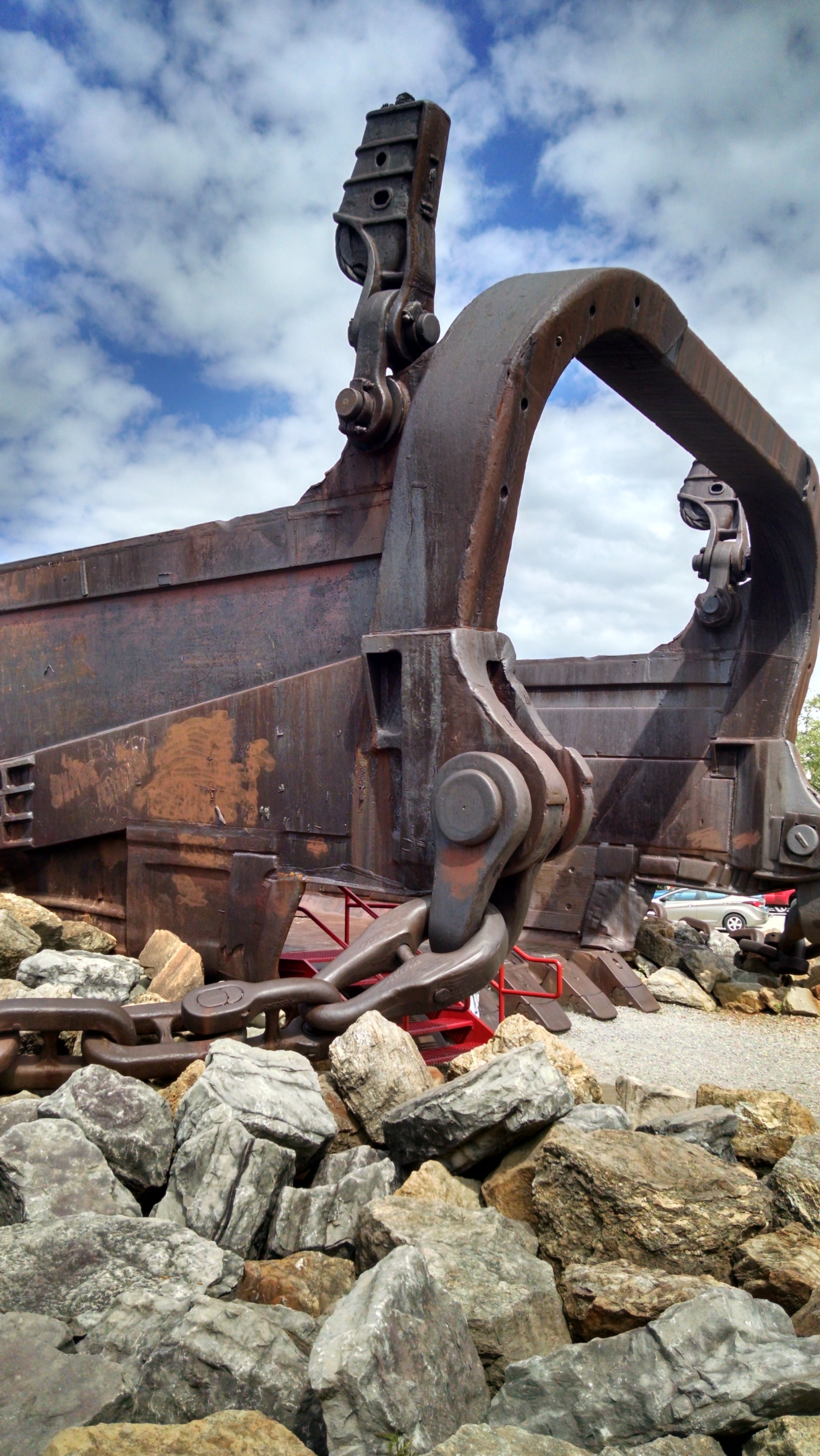 On May 22, 1969, the Morgan High School Marching Band played from an unusual venue - the inside of the Big Muskie, a 220-cubic yard bucket. The Big Muskie, capable of grabbing 325 tons of earth in a single bite, was exactly what the Central Ohio Coal Company needed as the demand for coal rose. A big problem required a big solution- the largest walking dragline ever built, the biggest machine to move on land - the Muskie.

The Big Muskie was a dragline machine, bearing the responsibility for digging. By scooping up incredible amounts “regular” soil, Big Muskie revealed the coal seam, allowing it to be harvested for use in AEP’s electric factories. Steel cables move the bucket up and down and forward and backward, as the situation dictates. The dragline as a whole pivoted on its enormous “feet,” allowing the contents of the bucket to be deposited 200 yards away. Its massive size allowed it to dig deeper than smaller machines could, uncovering coal that had been left behind due to engineering shortcomings.

Before the Big Muskie’s musical dedication ceremony, it took two years to fabricate, followed by an additional two years to build it on site with the help of 340 railcars and 260 trucks hauling its components.  It cost twenty-five million dollars to build. In its entirety, the Big Muskie’s length was twice as big as a football field. In its lifetime, the Muskie removed more than 483 million cubic yards to allow nearly 18 million tons of coal to be harvested from the Meigs Creek No. 9 coal seam, 180 feet below the surface. After the coal was harvested in one area, the Muskie traveled on roads built to its massive size- wider than an eight-lane highway with less than a five percent grade.

In 1991, the Central Ohio Coal Company discontinued use with the Big Muskie. Its large tub required a flat, stable surface, which meant that it was unable to work on cast-blasted material, a significant disadvantage. The world around this behemoth was also changing - more efficient mining technologies appeared and the Clean Air Act Amendments of 1990 decreased the need for the mine’s high-sulfur coal.

For eight years Big Muskie waited for AEP to make an exhibit, memorializing it. In January 1999, it gave up when AEP announced that the Big Muskie's hope was in vain -- there would be no exhibit preserving Big Muskie. Beginning the next month, it was dismantled, leaving only the bucket and reclaimed land.

Miner's Memorial Park will be closed November thru April.