Little Brick Church, also known as Virginia's Chapel, is a small brick, historic church located in Cedar Grove, West Virginia. It was built in 1853 as a graduation present for Virginia Tompkin by her parents. The church was originally meant for all Protestant denominations, but eventually became exclusively a Methodist church. The church was renovated in the 1980s, and is open to the public, whether it be someone interested in having a wedding in the church or someone simply interested in local history. 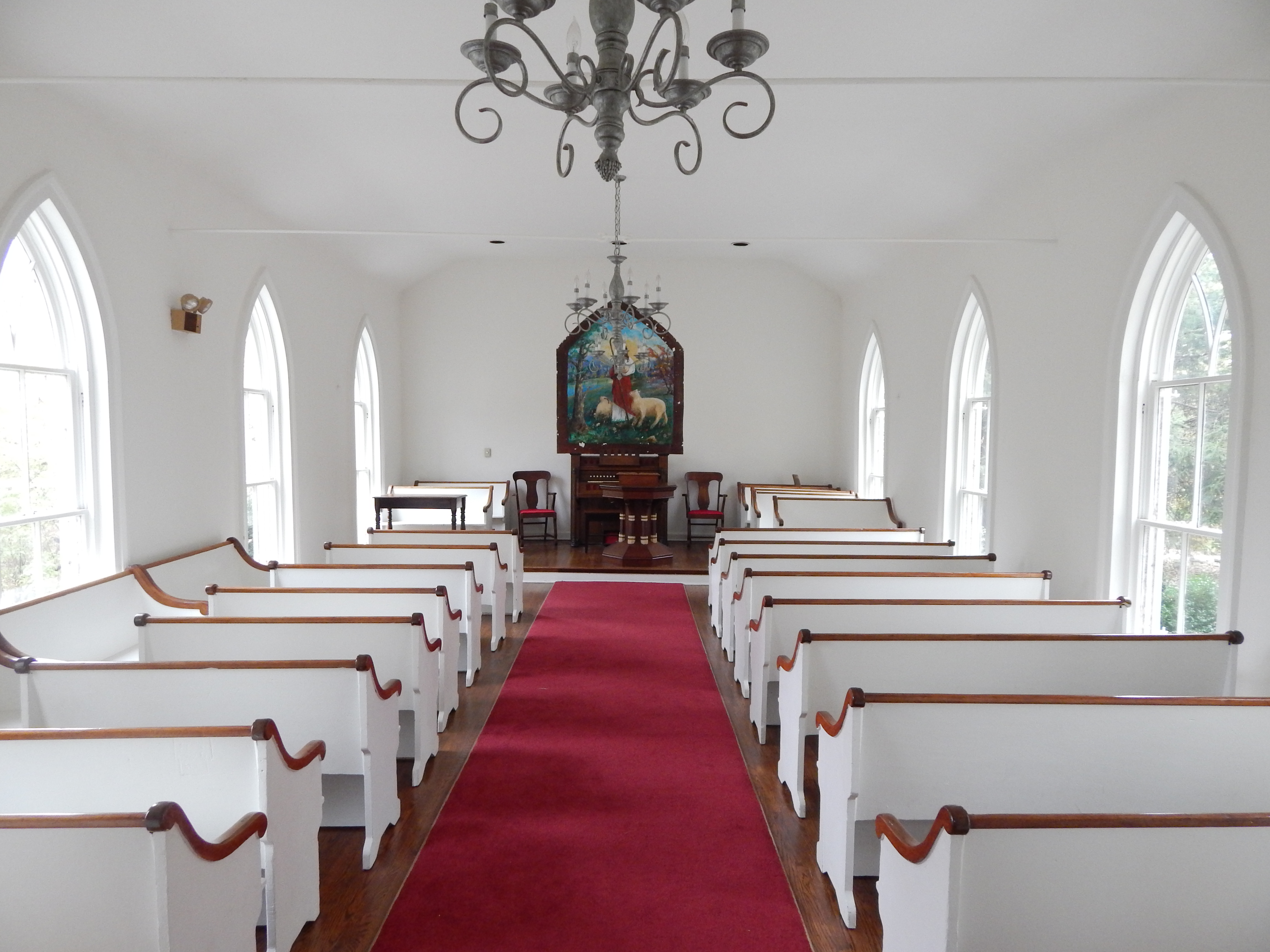 Interior of Chapel from Altar 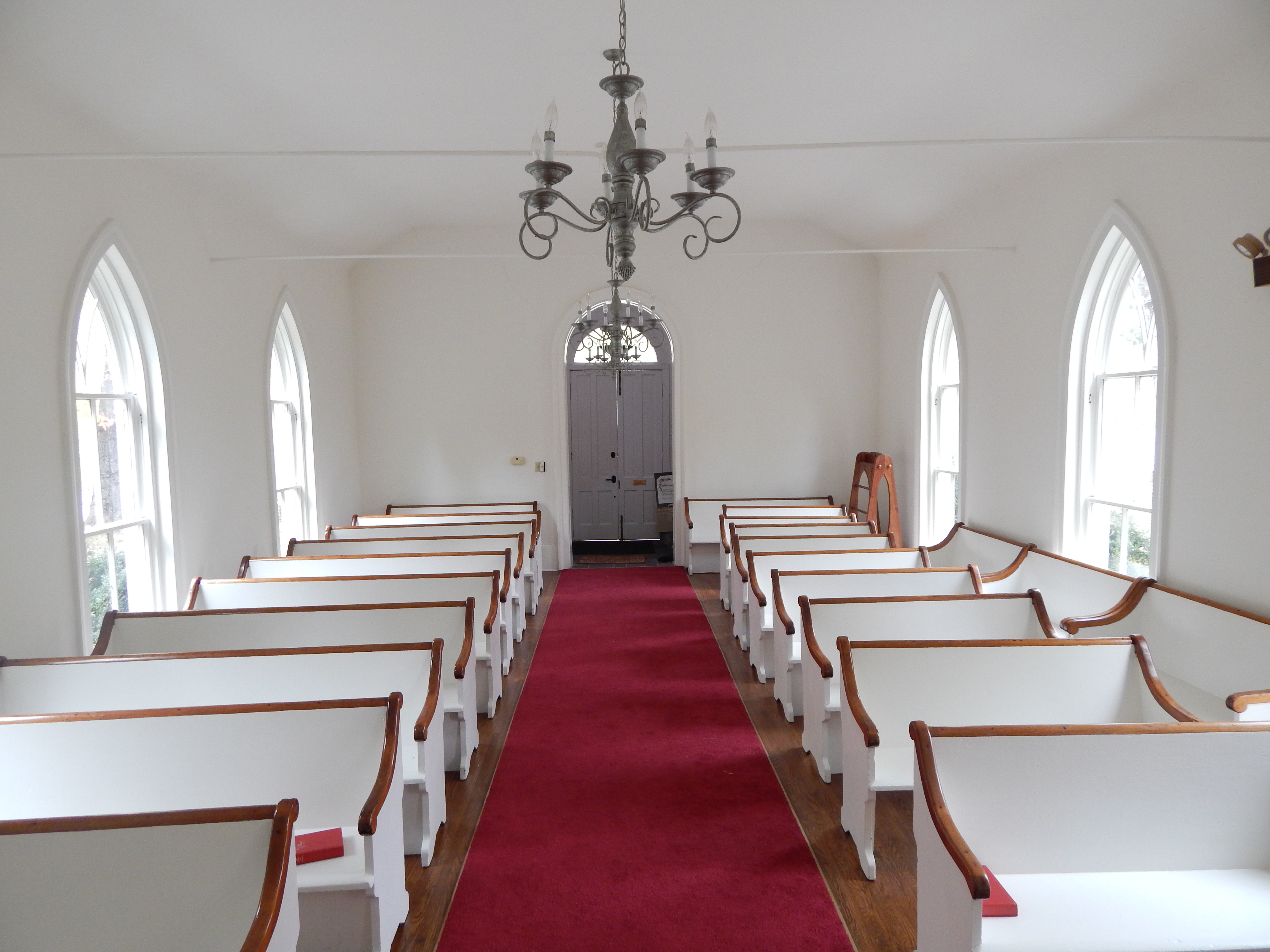 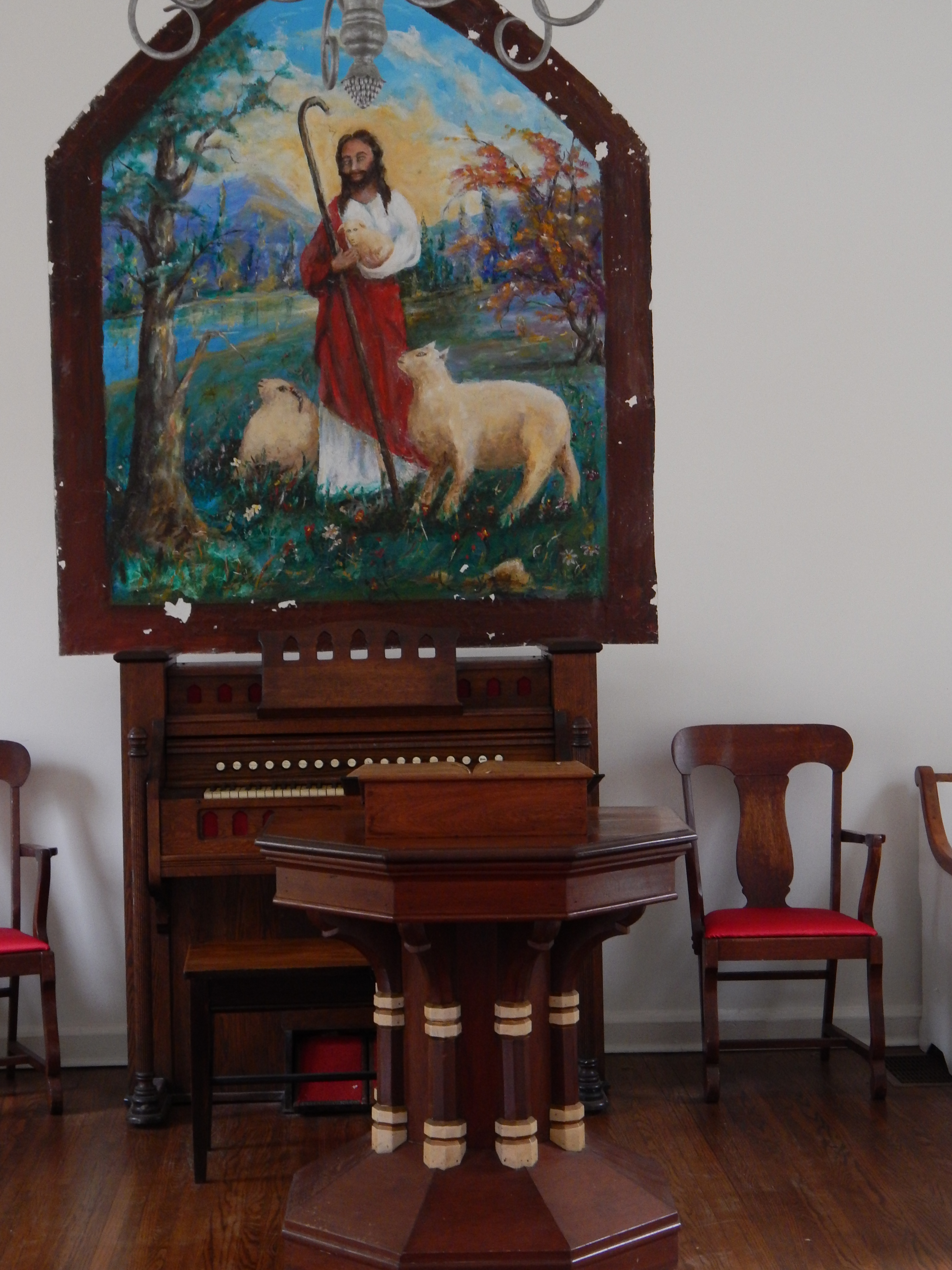 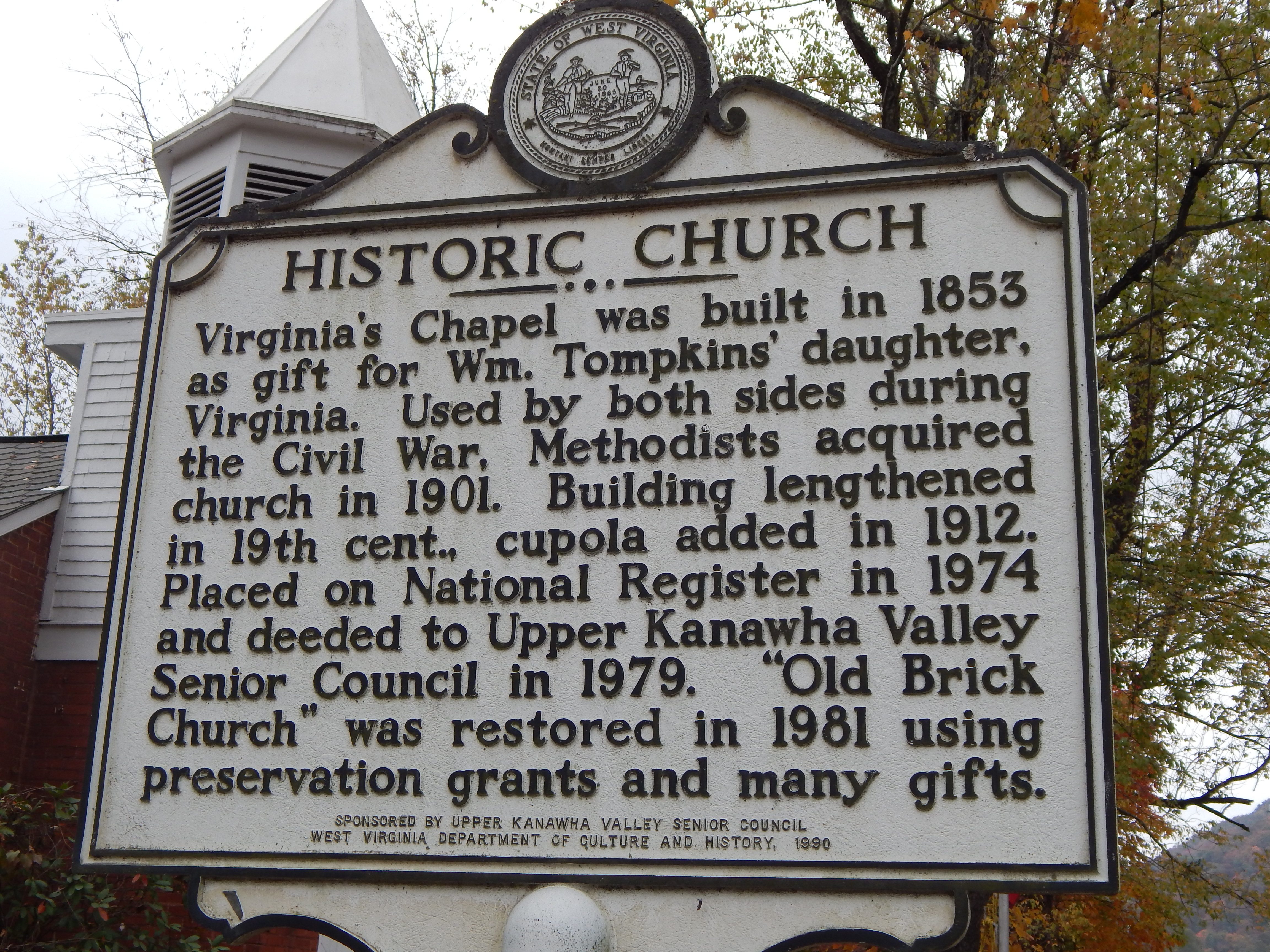 Virginia's Chapel as it appears today. 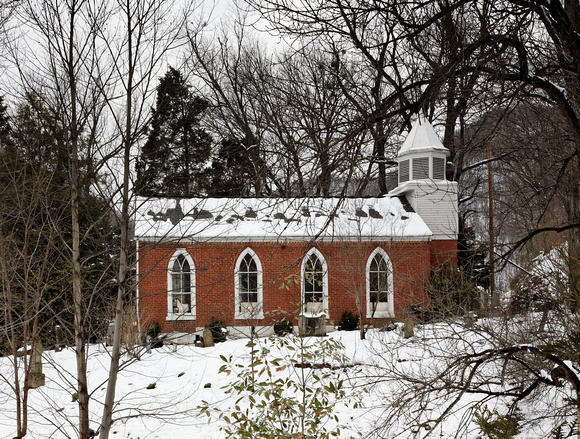 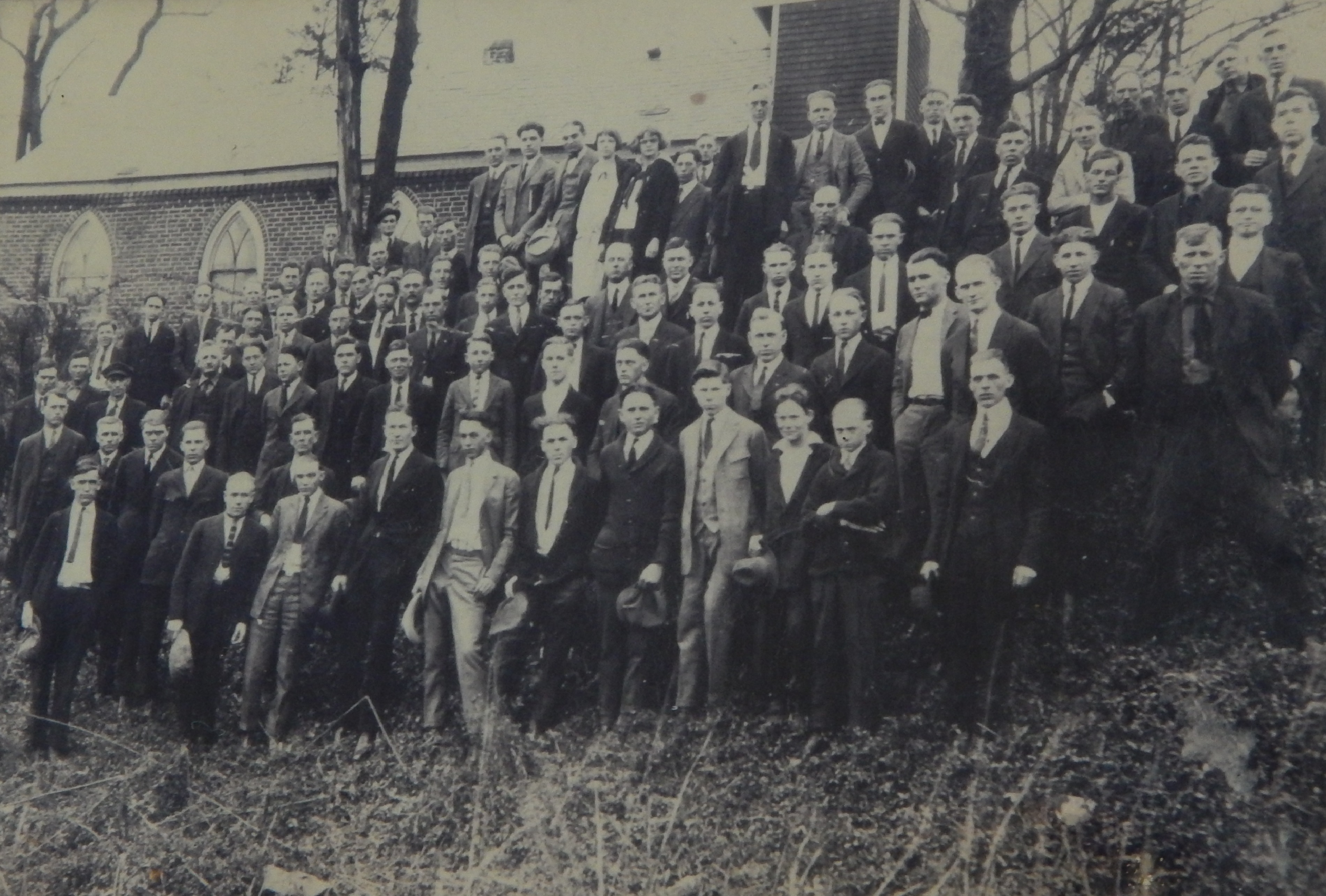 The Little Brick Church was built in 1853 by William and Rachel Tompkin as a graduation gift for their daughter, Virginia. Virgina herself requested the construction of the church as the gift she could receive from her father. William Tompkins himself is credited with discovering natural gas in the region and realizing its value. Some early Kanawha Valley settlers are buried in the church's graveyard, as are an unknown number of slaves. Throughout the course of time the name of the church has gone from being "Virginia's Chapel" to "Little Brick Church."

The original idea was to have all Protestant denominations be able to worship at the chapel, but eventually Methodists exclusively claimed it. The church itself has changed very little over time. It  was originally almost perfectly square, and in 1904 the Methodist Episcopal Christian Church built a larger sanctuary and used it only for special occasions such as marriage ceremonies.

This church is interesting in regards to the American Civil War, due to the fact how both the Union and Confederacy used this chapel during the war. The Union used the chapel as stables while the Confederacy used it as a hospital. Supposedly, during the time when the Union was at the chapel they did damage to it. William Tompkins requested the federal government pay for damages, and the chapel did receive seven hundred dollars for repairs.