Barrancas National Cemetery is located inside the Pensacola Naval Station.This historic cemetery dates back to the creation of Fort Barrancas in 1838. After acquiring Florida as part of the 1819 Adams-Onís Treaty, the United States began to create forts along the coastline. Fort Barrancas was one of these facilities, built upon the ruins of a colonial SPanish fort and guarding the entrance of Pensacola Bay from 1838 to 1947. Today, the fort has been reconstructed and offers public tours. The cemetery encompasses 94.9 acres and has approximately 43,000 burial sites that include four Medal of Honor recipients.In 1998, it was added to the National Register of Historic Places. 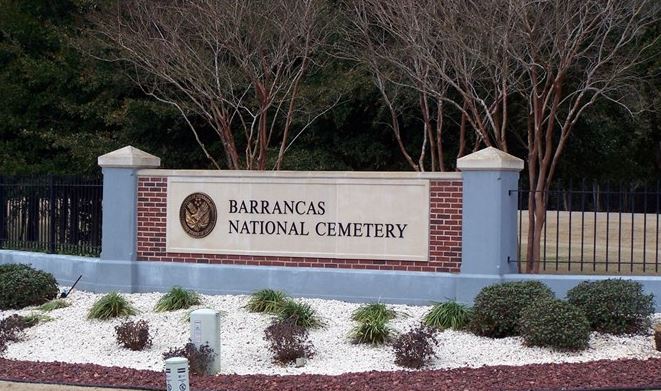 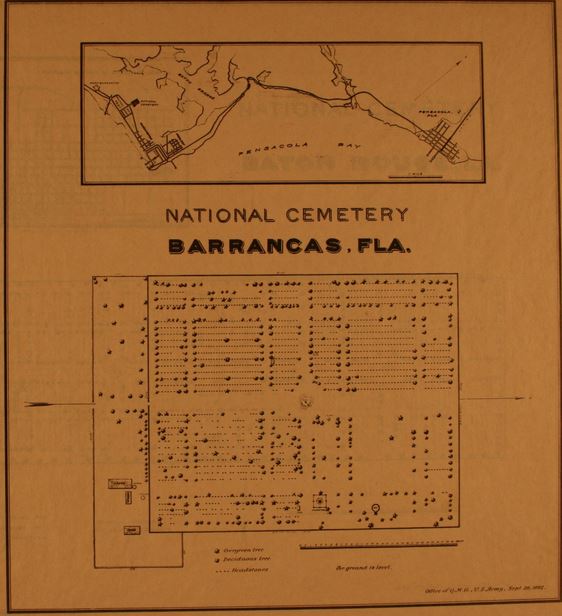 Barrancas National Cemetery was established in 1814 on the site of the old U.S. Navy Yard. In addition, a small cemetery was operated by the former Marine Hospital that was located near the fort. The cemetery was expanded in 1838 and was then established as a naval cemetery. In 1868, the site was officially designated as Barrancas National Cemetery and many of those that died at the Battles of Pensacola, Bayou Chico, Gunboat Point, Santa Rosa Island, East Pass, Apalachicola, San Juan Island, and Saint Andrew’s Bay were buried here.

Most of the cemetery sites are laid out in uniform rows. As of 1869, there were already 1,130 burials that had been made in the cemetery. Also, victims of a 1930 outbreak of malaria and yellow fever, that also included children,are buried here. On the main website, it explains that in sections 1 thru 12,  the remains of Civil War casualties are placed there. The cemetery is open from sunrise to sunset except on federal holidays (Memorial Day excluded).

Some of the notable people buried in Barrancas include: