The Woodlawn Museum, also known as the Black Mansion, is more than just a historic home in Ellsworth, Maine: it's one of the best preserved specimens of the Federal architectural style, and features an extraordinary collection of the original owners' furnishings and artifacts. It was built by land agent John Black in 1824-1827, son-in-law of a renowned General of the American Revolution. Three generations of Blacks lived in the house until the last descendant, George Nixon Black, deeded it to the Hancock County Trustees of Public Reservation in 1928. It has been a museum ever since and thus features all of the Black family possessions and records, including the business records of John Black and George Nixon. The perfectly preserved house also retains its carriage house, built in 1857, and the sleigh shed which is now serves as the museum's program space. The property also features gardens and hiking trails. Audio tours are also available. The museum offers workshops, lectures, and educational programs during the year.

The house is a perfectly preserved specimen of Federal architecture, with highly symmetrical designs and neo-classical elements (ancient Greek and Roman homages). Two wings project off to the sides. The grounds preserve other buildings, as well. 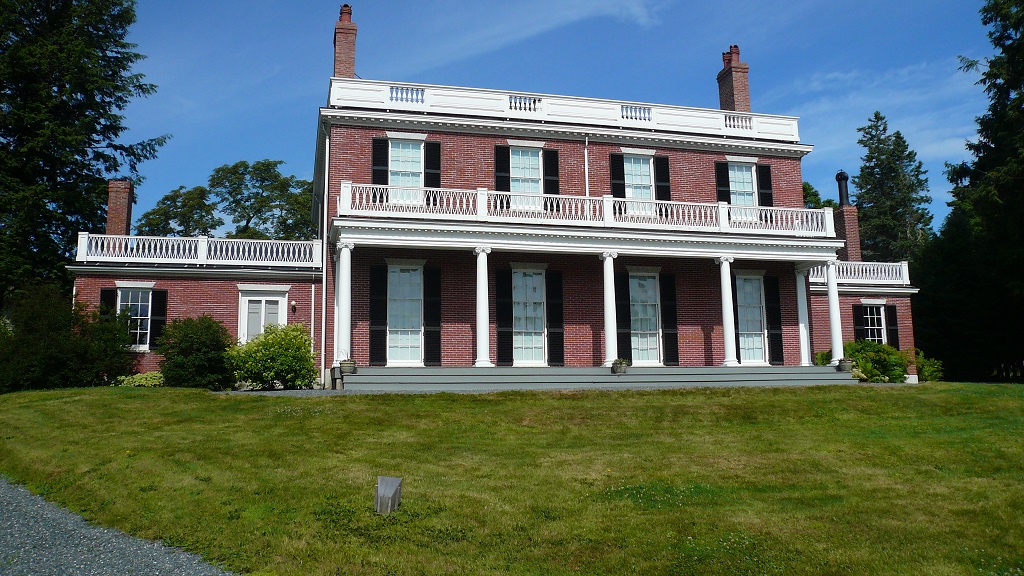 John Black, an Englishman by birth, but naturalized as an American citizen. He willingly took up arms against England during the War of 1812 and for his militia commission is often referred to as Colonel John Black. 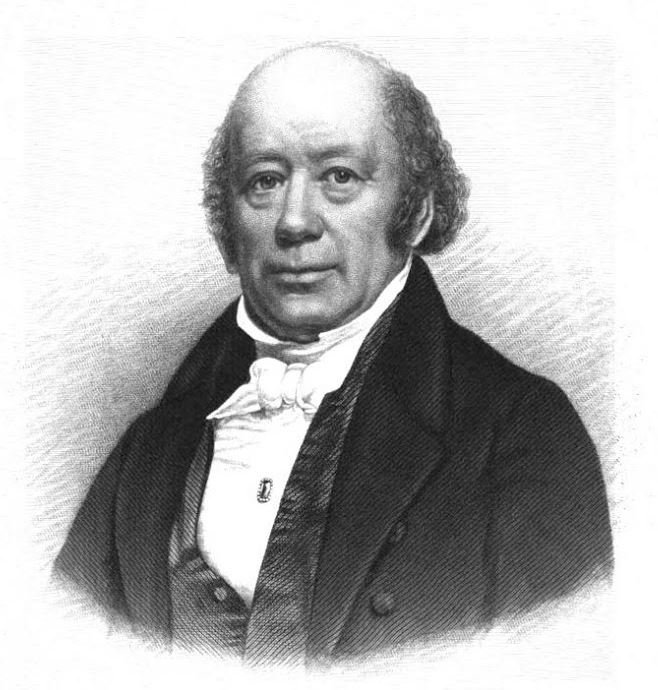 Black's father-in-law, Revolutionary War General David Cobb. He served on Washington's staff and was personal friends with General Henry Knox (for whom Fort Knox is named). He was a pillar of Maine society in the early days following the Revolution. 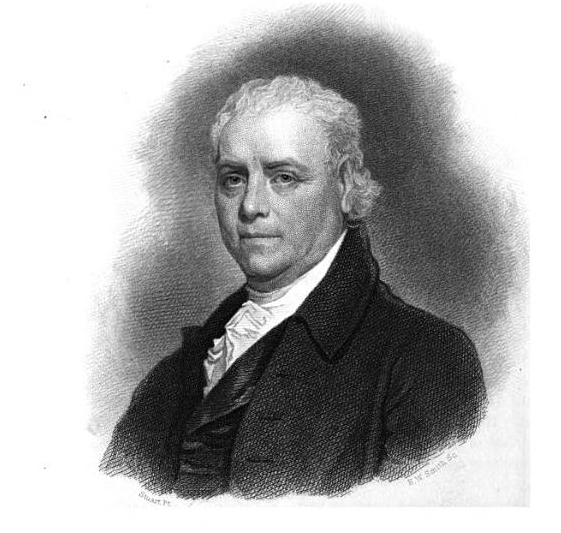 The facade of the house in 1939. The structure has been immaculately preserved since its construction in 1827--the only significant alteration was the addition of modern heating in the 1950s. 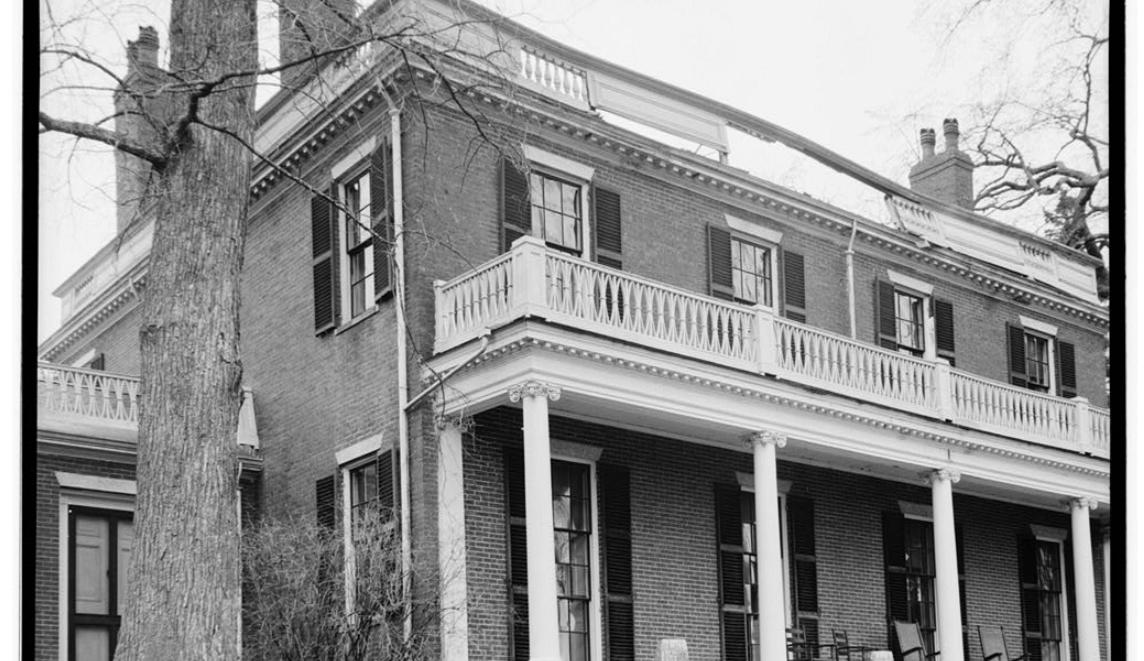 The library interior. Woodlawn Museum retains the complete records of all three generations of Blacks that owned the house. 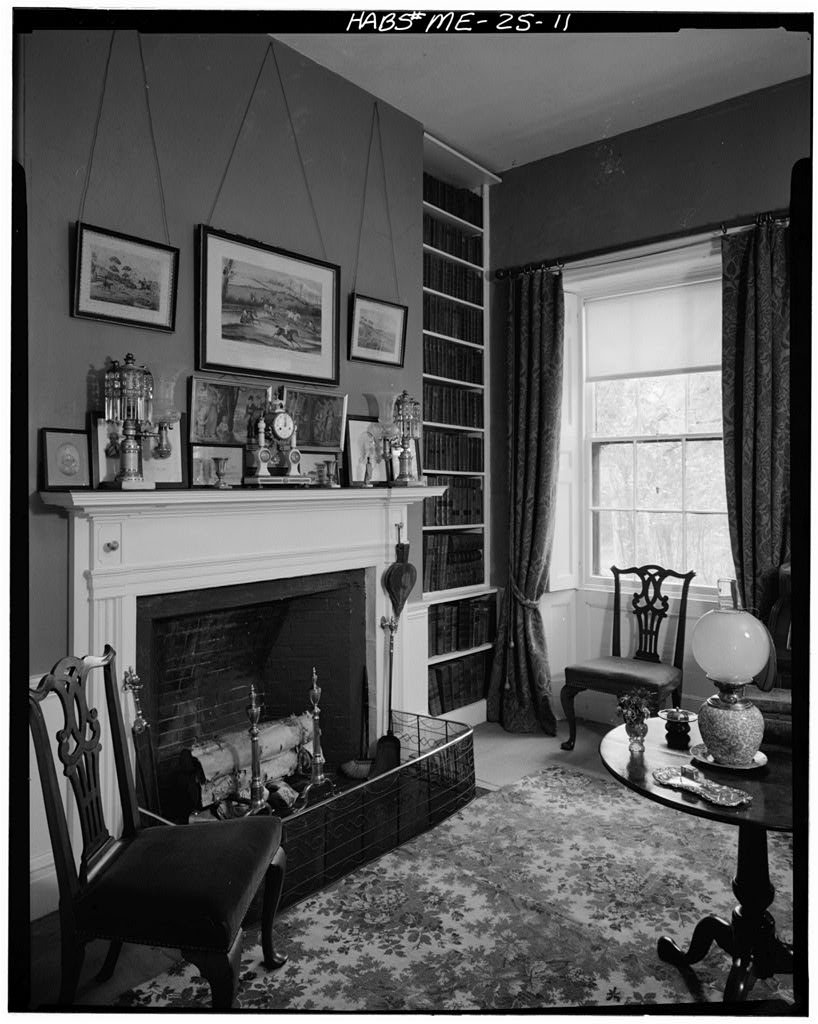 A 1776 map of the Maine coastline nearby. Ellsworth is just off the upper left edge near the mouth of the "Mount Desert River" (now called Union River). Col. Black may have led his militia to Mt. Desert Island during the War of 1812. 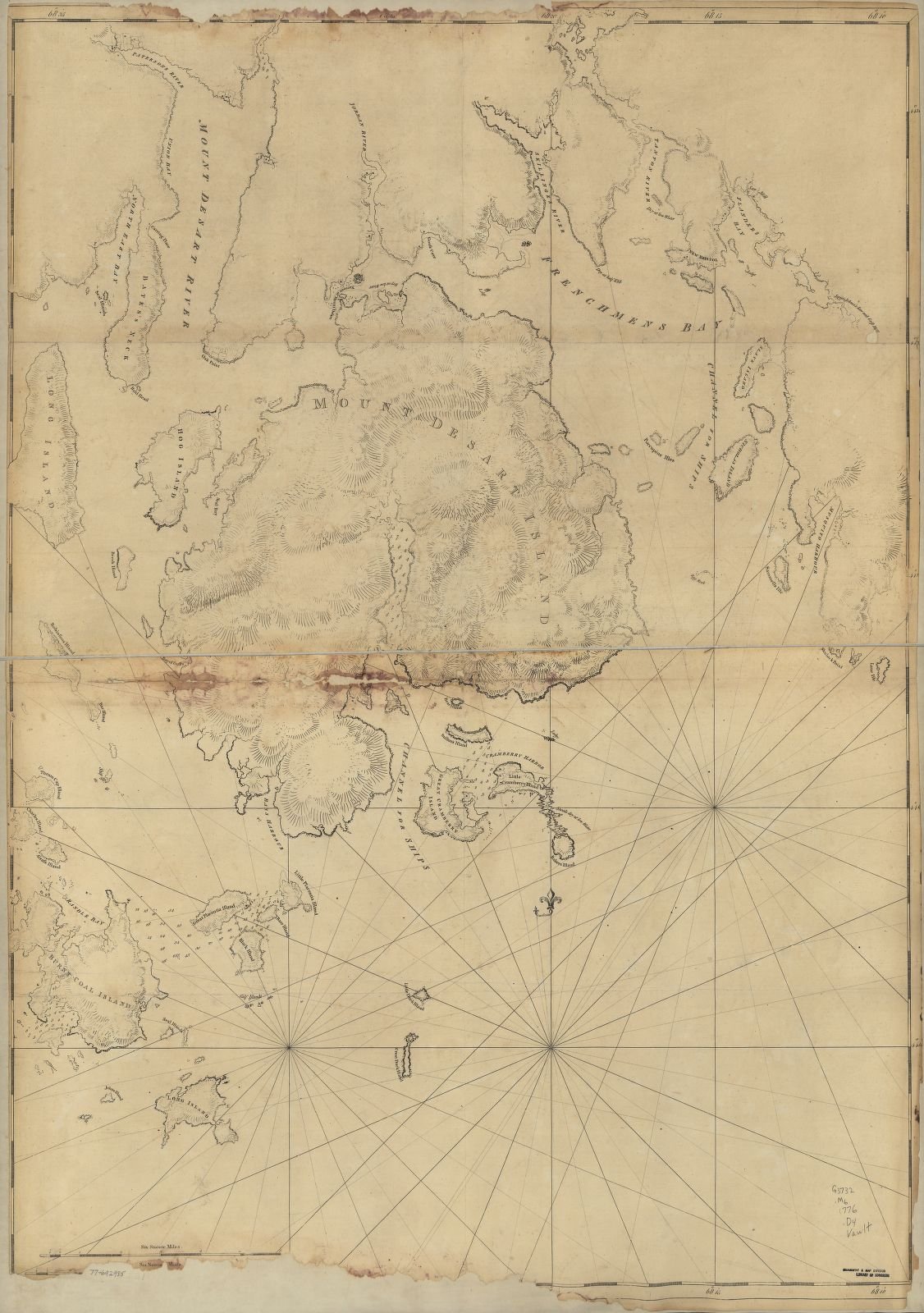 Despite its long history within the Black family, the property upon which the Woodlawn estate and Colonel John Black House are built had previously belonged to General David Cobb, a Revolutionary War hero and personal friend of George Washington. Cobb was a towering figure in Maine’s early days following American independence, surmised by an 1889 issue of Maine Historical Magazine to be “ the most conspicuous, eminent and influential citizen of Maine” for the first quarter of the 19th Century. General Cobb, originally born of Massachusetts, held prominent positions as a politician, judge, militia officer, and businessman after the Revolution. In this last capacity, he served for an extended time as the agent of William Bingham, a Philadelphia aristocrat who owned 3 million acres in Maine.

When Bingham decided to sell a third of this land in 1796 to a powerful British banking house, Hope and Company, the bank sent teenage clerk John Black to Philadelphia to oversee its interests. Soon Black had moved to Gouldsboro, Maine, to be closer to the transacted properties and General Cobb, who was still Bingham’s agent in the area. Four years later, Black married the legendary General’s daughter, Mary, and continued to develop the lands under his care with Hope and Company, gaining the reputation of a shrewd businessman.

The family moved to Ellsworth in 1810 when the departure of another agent resulted in a vacancy there. Their new life was interrupted by the outbreak of the War of 1812--as a militia officer, the newly-minted Lieutenant Colonel John Black had to keep an eye out for the British frigates that prowled the coast of Maine. Despite being born a British citizen, Black supposedly “did not hesitate” when he and his regiment were called to defend nearby Mt. Desert Island from a rumored British invasion that never materialized. After the war, now a full Colonel of militia, Black resigned his commission and returned to the lumber and shipbuilding businesses that were the mainstay of his fortune.

In 1824, Black commenced building the home that stands today, based on a plan outlined in a the “American Builder’s Companion,” a book of house plans by Asher Benjamin--a popular architect of the day. The house’s design falls firmly into the Federalist style so prevalent from 1780 to 1820, which was an American reaction to diversify from the English “Georgian” architecture ubiquitous during the Colonial era. The large building was completed in 1827. Three years later, General Cobb died and left considerable property to his daughter, expanding the Black’s estate surrounding the new house to 300 acres.

Upon Black’s death in 1856 the house and grounds passed to his son, George Nixon Black, and later to George Nixon Black Jr. The latter lived in Boston much of his life, but used the Woodlawn estate as a vacation home for nearly 50 years, bequeathing it to the Hancock County Trustees of Public Reservations for use as a public park--in which capacity it has remained open every day since 1929.

In addition to enjoying a monumental reputation as a museum, the John Black House also contains most of its original furnishings from the days of General Cobb and Colonel Black, including what it refers to as the “Oldest Bed in America,” build to order for Black in 1827 and the only bed of that age still possessing its original textiles (the museum also possesses Black’s original invoice for the bed). For researchers, the museum has been invaluable over the decades for preserving much of Black and Cobb’s original records and correspondence.

The Woodlawn estate still comprises 180 acres, featuring a number of extant original buildings including the carriage house, and miles of hiking and walking trails. The house museum offers a unique audio tour, originally recorded for radio by the last private caretaker of the house, who continued to serve at the house after George Nixon Black's death. The Hancock County Trustees and other preservation groups host a variety of historically-themed events year-round, and the grounds are considered one of the most popular sledding destinations in Maine.