1 WTC, the tallest skyscraper in the Western Hemisphere, in July 2013. 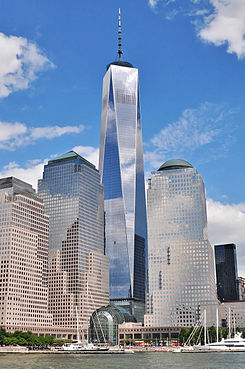 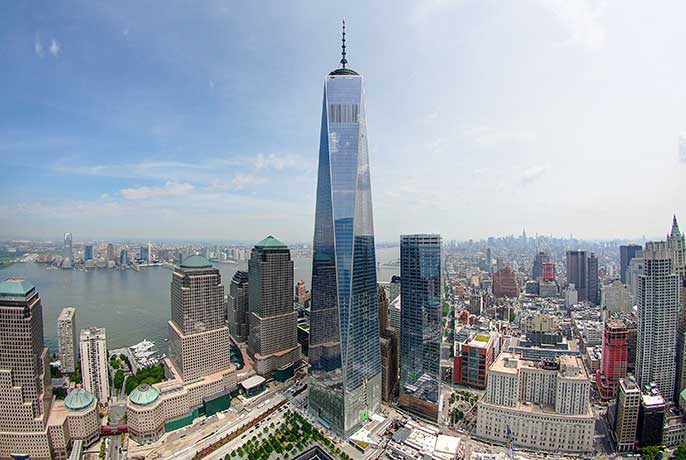 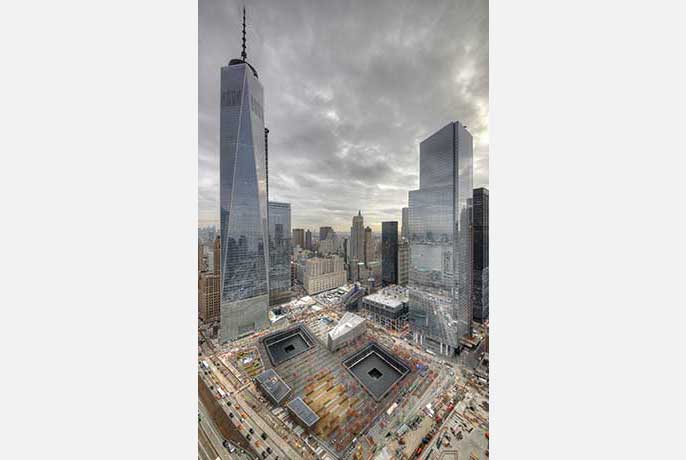 The 104-story,1776-foot tall building named One World Trade Centers was initially developed by Silverstein Properties and taken over by the Port Authority of New York and New Jersey in April 2006. The tower shares a name with the northern Twin Tower of the original World Trade Center complex, which was destroyed in the terrorist attacks of September 11,2001. As a result of this event, 2,996 people died and a war on terrorism began.

The ideas for what was to be done were very conflicted. Some people wanted a monument, and some wanted to rebuild what was previously there. So, a plan to build both was created to appease both sides. The official design for the building was released on June 28, 2005. Construction began less than a year later on April 27, 2006,just south of the original World Trade Center complex. During the building process, it was often illuminated for certain important events, such as the ten-year anniversary of the 9/11 attacks. It boasted the colors red, white, and blue.

There are plans to build a museum nearby to remember those lost to the terrorist attacks on the Twin Towers. President Obama highlighted this remembrance by writing the following phrase on a beam that would be used in construction: "We remember, we rebuild, we come back stronger!" It is no coincidence that the height of the so called "Freedom Tower" is 1776 feet, a reminder of the the year that the Declaration of Independence was signed.