Dollywood is a theme park with historical roots. Originally the land was home to the Rebel Railroad. Since then, the park has been renamed and updated several times.The park would increase in size and visitors each time it was purchased by a new owner. After teaming up with Tennessee native Dolly Parton, the park became one of the most visited amusement parks in the country. Dollywood has fun for the entire family in an atmosphere that is based on its historic Tennessee background. Dollywood has successfully marketed a theme park that was built upon the heritage of Tennessee. 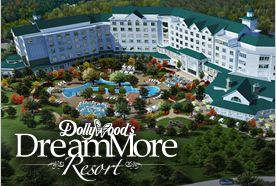 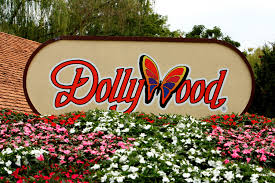 The Robbins brothers started it all in this part of Tennessee. The Rebel Railroad was a train attraction that visitors could come to see a glimpse of how life was in the Smokey Mountains. By 1970 Rebel Railroad was purchased by Art Modell. There was a new construction on its way as The Rebel Railroad transformed into Goldrush Junction. New attractions were added to make the grounds depict the area’s past into places such as a wood shop and a saw mill. In 1977 the park once again changed hands and was renamed Silver Dollar City by new owners Jack and Pete Herschend. Soon, Herschend Enterprises partnered with country music superstar and Tennessee native, Dolly Parton, to transform the park into what is now the very popular theme park Dollywood.

It is easy to see why Dollywood has become Tennessee’s most visited tourist attraction. Dollywood has successfully marketed a theme park that was built upon the heritage of Tennessee. Throughout the years of the park, each owner kept the roots which the park was originally based, and built onto the attraction by adding more, updated ways of portraying the past. For example, different sections of the park are named after aspects of Tennessee culture such as the lumberjack, county fair, old mill, and craftsman valley. Another feature of Dollywood that represents its past is the Dollywood Express – a 110 ton steam engine that takes guest on a tour through the park and into the mountains as a tour guide tells about the park’s history and heritage.

Aside from its heritage there is the actual amusement park side of the park. There are rides for everyone from the smallest child to the biggest thrill seeker. Rides like Thunderhead, a 55mph wooden roller coaster, and The Wild Eagle, America’s first wing roller coaster, are sure to make guest feel like they are flying through the mountains of Tennessee. There are also many entertainment options throughout the park that do not fall under the thrill ride category. Music and entertainment shows are abundant with some shows being seasonal, such as the wonderful Christmas plays; however, attractions like Dreamland Drive-In can be found year-round and enjoyed by the entire family.

With all the fun and entertainment offered by Dollywood, you will need to stay more than one day to see and experience everything. Places to stay such as The Dream More Resort offer many amenities to their guests such as a salon and spa, indoor/outdoor pools, dining, and a family activities center. Families can also rent Smokey Mountain Cabins that give a more country feel while still being right next to the theme park. Cabins are fully equipped for families to come into and relax with conveniences like home theatre rooms, swimming pools, and Jacuzzis. To get the full experience of Dollywood guest should consider either the Dream More Resort or a Smokey Mountain Cabin rental.