Flushing Town Hall is a historic town hall located in Flushing, Queens. Originally established in 1645 to serve as the seat of the government of Flushing, it now serves to engage and educate people about Queens by holding global art events.Today, the building houses the Flushing Council on Culture and the Arts (FCCA). It was built in 1862 as a 2-story, brick building with a basement and attic. 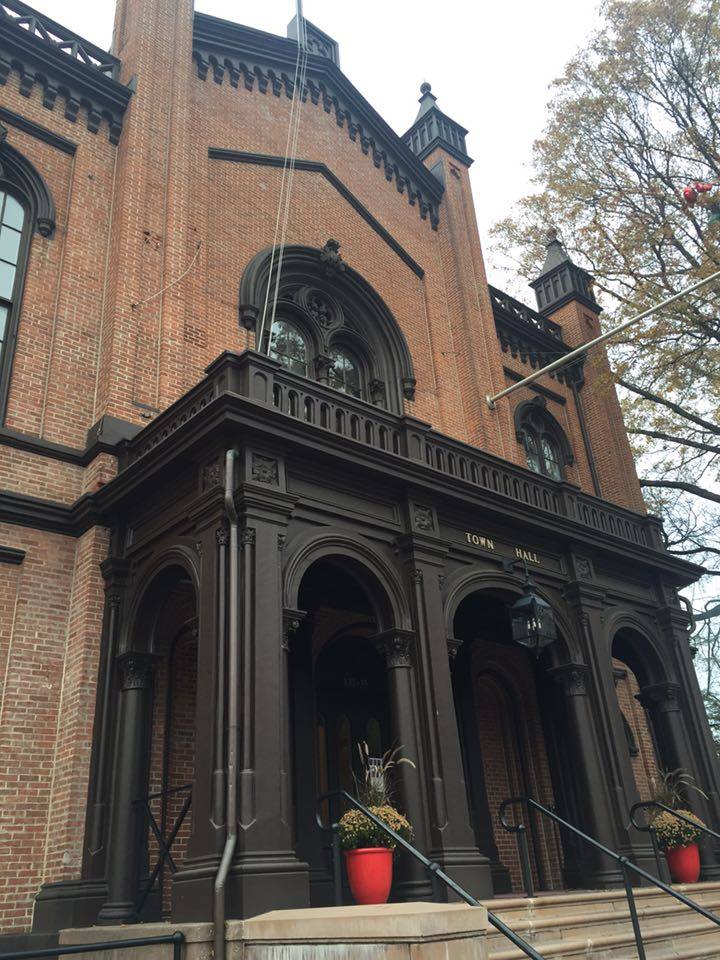 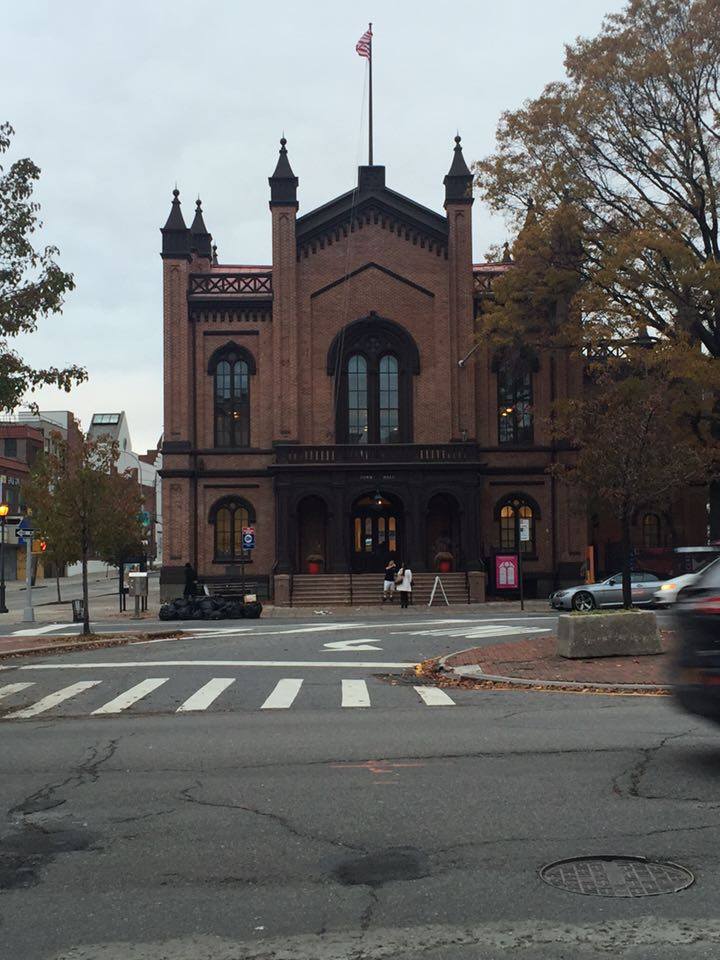 Flushing Town Hall was built in 1862. It was designed in the Roman Romanesque Revival style, which was popular at the time. This round arch style of architecture originated in Germany and was used by many U.S. buildings during the Civil War era. Originally, the Town Hall was painted a very light color but was no longer used after problems arose during a restoration. During the Civil War, thousands of people from Long Island were sworn into the Union Army in the Town Hall's upstairs assembly hall. The ground floor of the Hall housed Flushing's civic offices. At the latter part of the 19th century, an extension was added to the original building. Flushing Town Hall then became a venue for theatrical productions and light opera. Famous performers at the time, such as P.T Barnum and Tom Thumb, performed in the Town Hall quite frequently.

From 1902 until the early 1960s, Flushing Town Hall served as a courthouse. After the extension was added to the Town Hall, it also served as a jail. In addition, the lobby contained a bank branch, while the upstairs assembly hall continued to host community meetings and dances.

The building that is now used for multicultural events was once used as a venue for important speakers. In 1645, it served as the seat of the government for the village of Flushing, formerly known as Vlissingen. Vlissingen is a municipality and a city in the southwestern Netherlands. With its convenient location between the Scheldt river and the North Sea, Vlissingen has been an important harbor for centuries. Flushing Town Hall served as the seat of government until the consolidation with New York City occurred in 1898. This was when they expanded the city of New York to include the East Bronx, Bronx, Staten Island, and most of Queens County.

In 1967, Flushing Town Hall was given protected status rights by the Landmarks Preservation Commission. It was also placed on the National Register of Historic Places in 1972. This all contributed to the building's neglect from 1960 to the late 1980s. However, in 1990, with the help of Queens borough president, Claire Shulman, the City rescued the building and started looking for a  non-profit organization to manage the facility. Flushing Council on Culture and the Arts (FCCA) was chosen and helped restore the landmark by donating eight million dollars. They restored the Flushing Town Hall into a lively center for the performing arts.
Today, Flushing Town Hall includes a 308-seat concert hall, a gallery, a classroom, offices, a garden that accommodates up to 250 people for outdoor events, and a gift shop.