Known as one of the Bronx's most important lasting religious structures of the 1800s, the Highbridge Community Church is a Protestant church that was originally built in 1874 in Highbridgeville. However, in 1888, the church was expanded and is the building we see now at Ogden Avenue. This building has a beautiful exterior and is an excellent place to go to if you are close by in the Bronx. 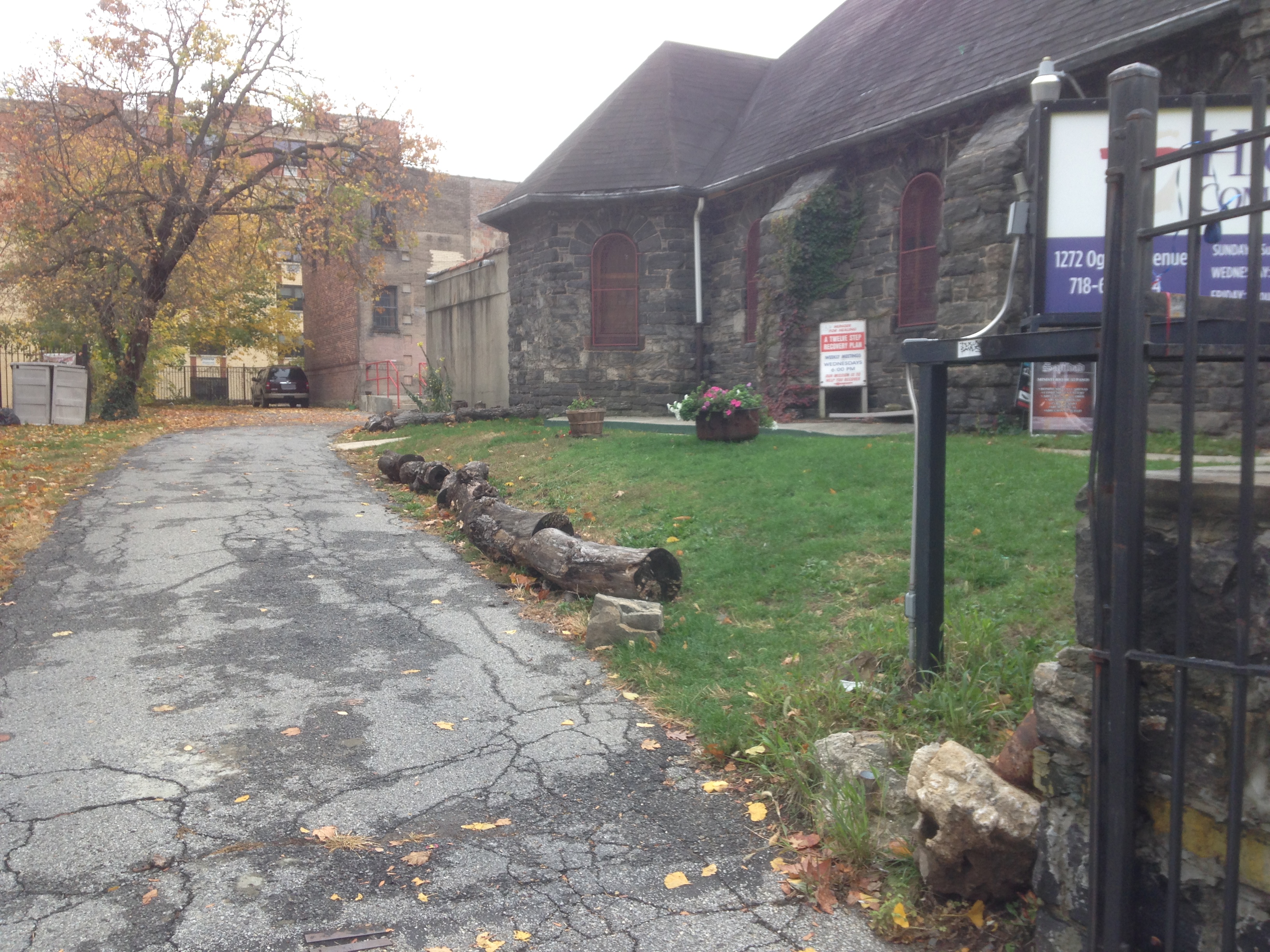 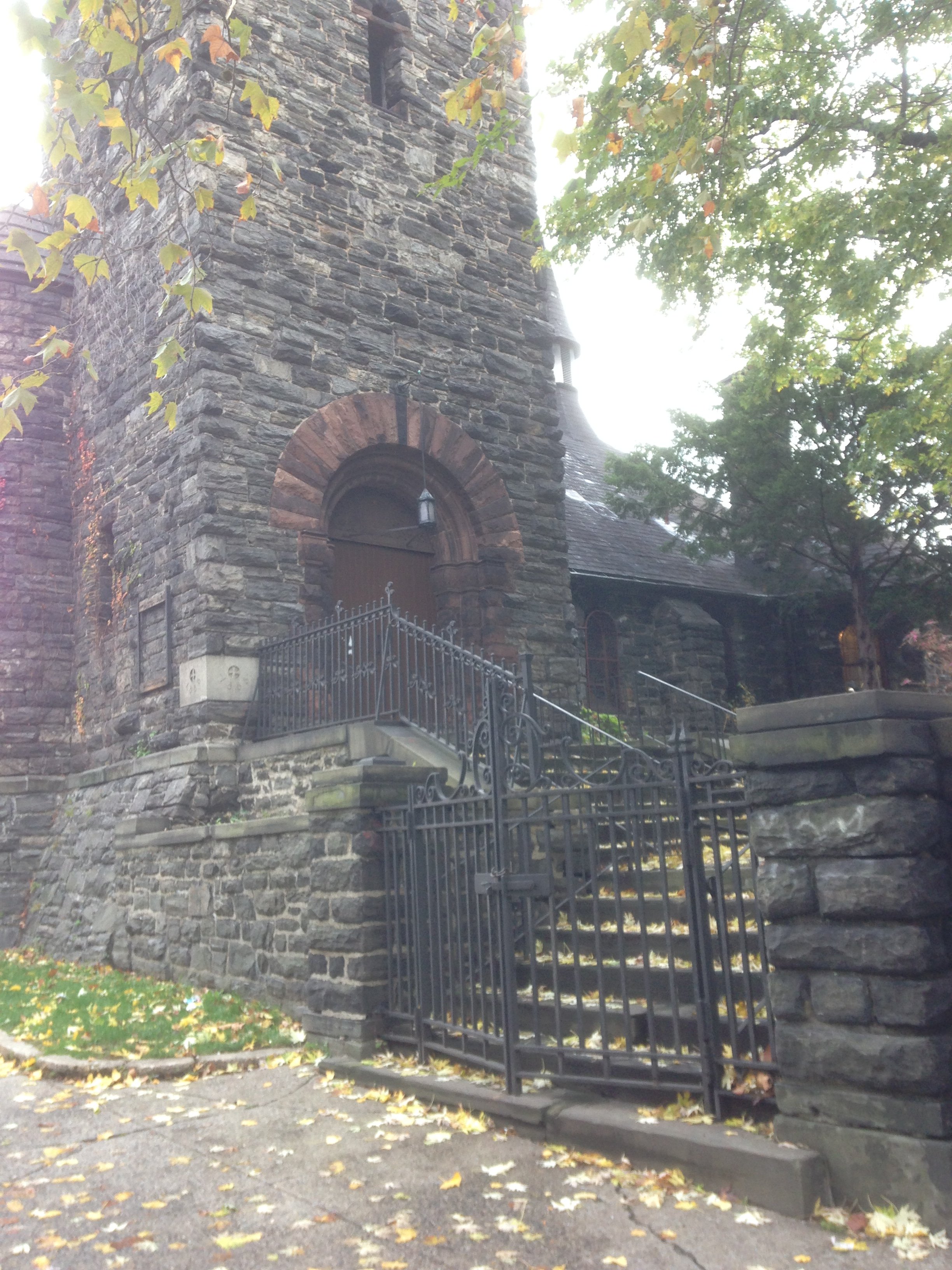 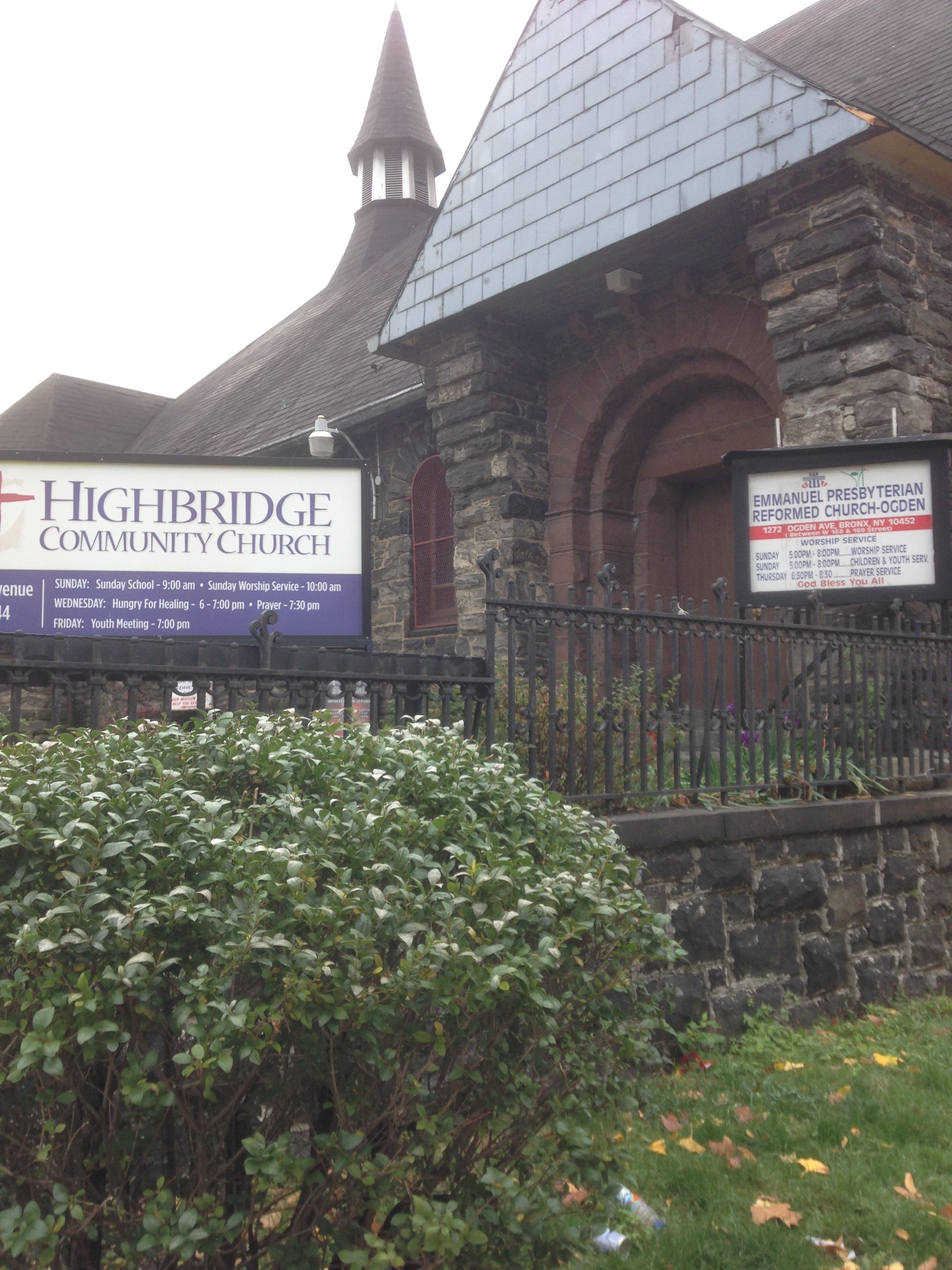 Located on Ogden Avenue between 168th and 169th Streets in South Bronx, HighBridge Community Chruch is one of the Bronx's most important lasting religious structures of the 1800s. It was a Protestant church built for the residents in the 1800s. Most of these residents were Irish and were located in Highbridgeville. HIghbridgeville was famous for working on many architectural projects. Since the neighborhood was situated near the Harlem River, many of their projects involved the river in some sort of way. They worked on railroads, bridges, and aqueducts. One particular achievement of the workers was the construction of the first working aqueduct that brought fresh water to New York City. The name of the system used is the Croton Aqueduct system. This system was built in 1842 and brought water from the Croton River to reservoirs in Manhattan. The church was originally called the Union Sunday-School of Highbridgeville, but in 1874, the church associated with the Reformed Church of America, which is a famous Protestant church that still has a very large amount of members today. This led to its renaming to the Union Reformed Church of Highbridge.
The amount of new followers became too much for the small chapel. Expansion of the church was needed. This led to the development of a new church in Ogden Avenue which is the current church. This new church is a one story sized building made of gneiss ashlar and has a large bell tower built onto it. The building also has " a steeply-pitched gable and three round-arched windows with voussoirs, connected to the tower by a tourelle, and both side elevations have buttresses and round-arched windows with leaded stained glass."
As mentioned beforehand, there were actually two churches built. One was built in 1866 and the other built in 1888. The one built in 1888 was built by the firm of D.C. Works and Son and was constructed to the design of Alfred E. Barlow. It was built in the Richardsonian Romanesque style. This style is named after Henry Hobson Richardson, a famous American architect. The style is regarded as an informal suburban style by critics.
Unfortunately, the Union Reformed Church of Highbridgeville disbanded in 2005. Later, in 2006, the Highbridge Community Church was founded by the Fordham Manor Reformed Church. Pastors Irving Rivera and Cora W. Taitt from Fordham Manor Reformed Church came together with many others to reestablish the church. The HighBridge Community Church believes in spreading the teachings of God and behaving in ways that promote respect to other people. The pastor of this church is currently Cora W. Taitt.