Established in 1906 by President Theodore Roosevelt, Mesa Verde National Park preserves one of the more significant and largest concentrations of archaeological sites in North America. It is here that the world-famous cliff dwellings, built by the ancient Ancestral Pueblo culture (also known as Anasazi) years ago, are located. The park encompasses over 80 square miles and features almost 5,000 known archaeological sites, including 600 cliff dwellings, the most famous of which are the Cliff Palace and Spruce Tree House Village. The park's visitor and research center features a museum and archives. Visitors to the park can take guided tours, walk on hiking trails, and participate in the various programs offered. The park is a UNESCO World Heritage Site and is listed on the National Register of Historic Places since 1987.

A Cliff Palace in Mesa Verde 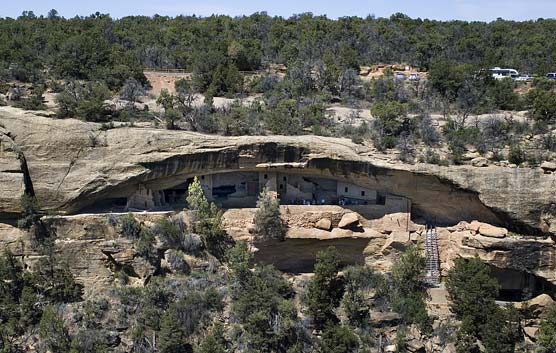 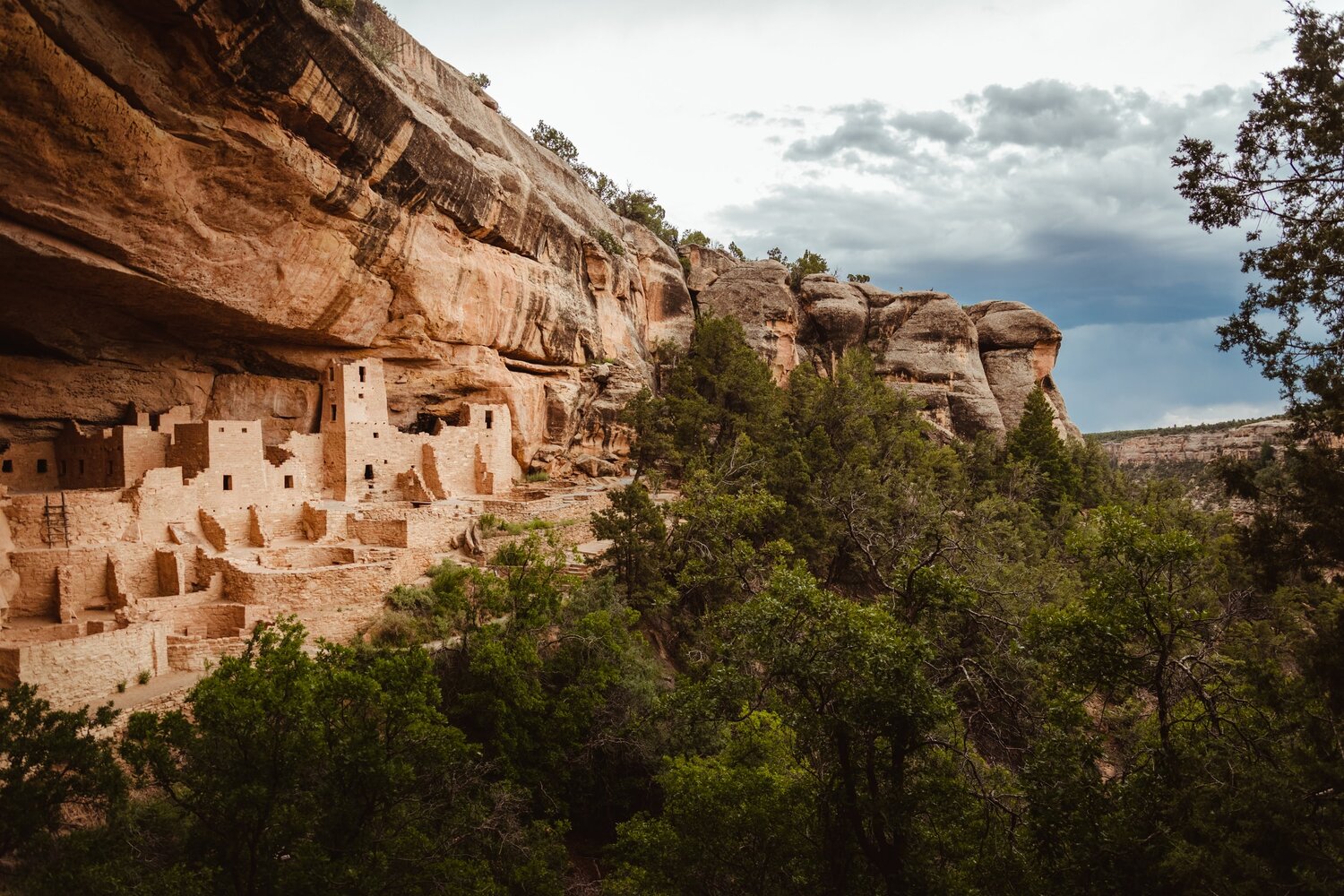 The Anasazi Pueblo inhabitants began to settle into the area around 550 A.D. They are known as basketweavers for their craftsmanship in making baskets and they started this trend when corn became popular in the region. They formed villages consisting of pithouses (some also lived in cliff recesses) and began to make basic pottery. They also began to use the bow and arrow for hunting purposes, which was an improvement of the atl-atl (spear thrower), and started to farm as well. Around 750 A.D., they began to build houses above ground using pole and adobe construction. The population increased by 1000 and the inhabitants started to use stone to build houses and other structures.

Farming became more advanced and pottery became more elaborate, but basket making declined as well and started fading from the region altogether. Finally, in the midst of the 1200s, the Anasazi reached their peak and it was during this time that they built the impressive cliff dwellings we see today. In the Spruce Tree House village complex, there are 129 rooms and 8 kivas (special rooms where rituals took place) with an estimated population of about 60-90 people living in the village. By 1300, the Anasazi deserted Mesa Verde and researchers are still unclear as to why. It is believed that a drought came through the region and resources were very limited which led to their eventual retreat. However, there is still no written record on why the Anasazi left Mesa Verde.

The Anasazi developed into an advanced culture. It is likely that society was stratified and matrilineal. It is also believed that farming and crafting were specialized among the Anasazi from their old days. The Anasazi were also connected to vast trade networks that stretched to the Pacific Coast and to the south. Archaeologists have discovered seashells that came from the Pacific and turquoise, cotton, and pottery from areas to the south. Pottery is also led on to be another popular pastime of the Anasazi that they brought into their advanced society. There is also rock art that is found scarcely throughout the region and in the caves.

The region was rediscovered after being abandoned by Mexican-Spanish explorers led by Francisco Atanasio Dominguez and Silvestre Velez de Escalante. They were seeking a route from Santa Fe to California and recorded their adventures in 1776. They reached the region and officially called it Mesa Verde. These two were the first white men to travel through the Colorado Plateau into Utah and travel back into Arizona to get back to New Mexico. The region would get new occupiers in the Ute and their ownership was recognized by the United States government in a 1868 treaty.

In 1889, Mesa Verde became one of the first regions that is pre-Colombian to receive federal protection. President Theodore Roosevelt would approve of plans to declare Mesa Verde a national park. He also signed the Federal Antiquities Act of 1906, which gives the President of the United States the ability to declare national parks and monuments to protect historical features of the site. Conflicts over land ownership happened very frequently by the government and tribes that lived around the outskirts of Mesa Verde. Today, visitors can come to Mesa Verde National Park and see all the cliff dwellings that it has to offer. The park even has the Archaeological Site Conversation Program (started in 1995) where those interested study how sites like Mesa Verde are constructed. The Mesa Verde Visitor and Research Center would also come along in 2012.