The Nike "Ajax" project was followed up by the Nike "Hercules" just a little while later. The Ajax had problems with its fuel system as well as the limited capabilities when it was in the air. The Hercules looked to improve upon the distance, speed, and guidance capabilities. The historical marker in Pennsylvania includes a replica Hercules missile.

The historical marker signifying the project known as the Nike Hercules Missile is centered in Pennsylvania. The missiles are still used today in other countries. 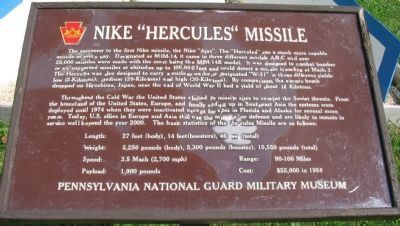 This representation is of a true Nike Hercules missile. Although the missiles are not active anymore, they represent an important piece of Cold War history. 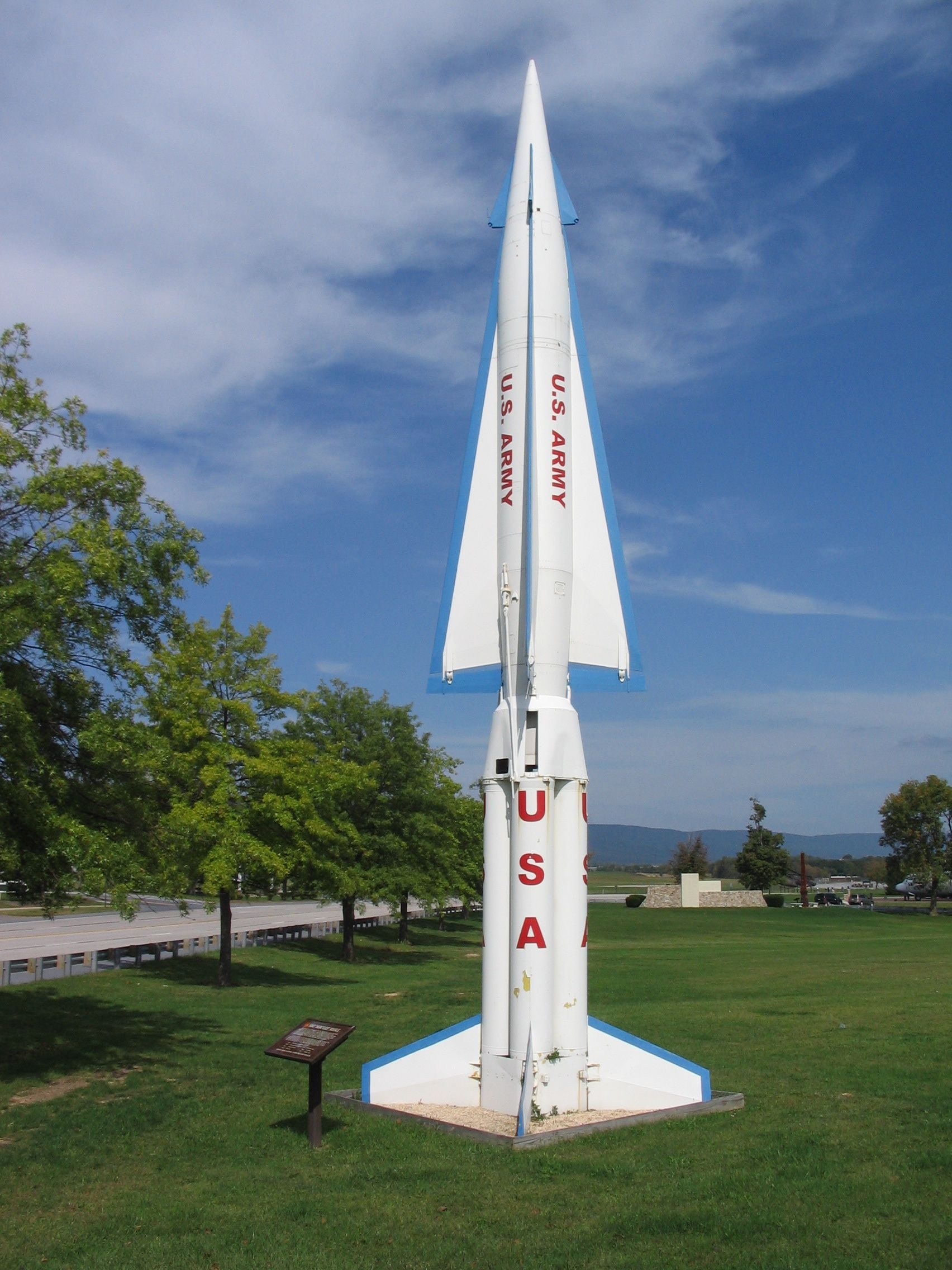 After the limited success of the Nike "Ajax" the US military looked to improve upon their weapons by building the Nike "Hercules". The Hercules was rolled out to improve upon the first model in speed, distance, and altitude. The Ajax was limited in these uses whereas the US believed the Soviets were trying different models of smaller aircraft that was much improved upon their previous models. Hercules was also built to be safer and more reliable in transport.
The Hercules was also equipped with a small nuclear warhead itself in order to stop a nuclear attack. "W-31" was carried in an arm of the warhead in different sizes and could destroy aircraft clusters. In addition to the warhead was a significant upgrade in the guidance system making it more precise at far away targets.
The Hercules was reported as well as all the Ajax missiles to be disbanded in 1974 although there are many reports that the military still used the rockets through part of the 1980s. The missiles were considered at the time a surplus whereas the government deemed them costly. Nike missiles are still deployed by other countries in Europe and Asia.
The monument erected in Pennsylvania is little more than a statue to a once powerful program for the US government during the Cold War. Very few sites were the missiles could be launched are still intact.