Completed in 1942 by Heinz Warneke, the Nittany Lion Shrine has become one of the leading symbols of Pennsylvania State University. The shrine, a gift from the class of 1940, is guarded during every home game weekend due to previous vandalism. Guard the Lion Shrine is an event held during homecoming where alumni reunite to celebrate their roots while the Penn State ROTC volunteer to guard the shrine. The Nittany Lion mascot was the creation of H. D. Mason, a PSU senior, in 1907. The shrine has been considered the most photographed area of campus since it was created.

This photo, taken by Laura Waldhier with the Penn State news, shows the view of the lion shrine that Penn State students and alumni line up to see. It is tradition to get a picture with the shrine at graduation and homecoming. 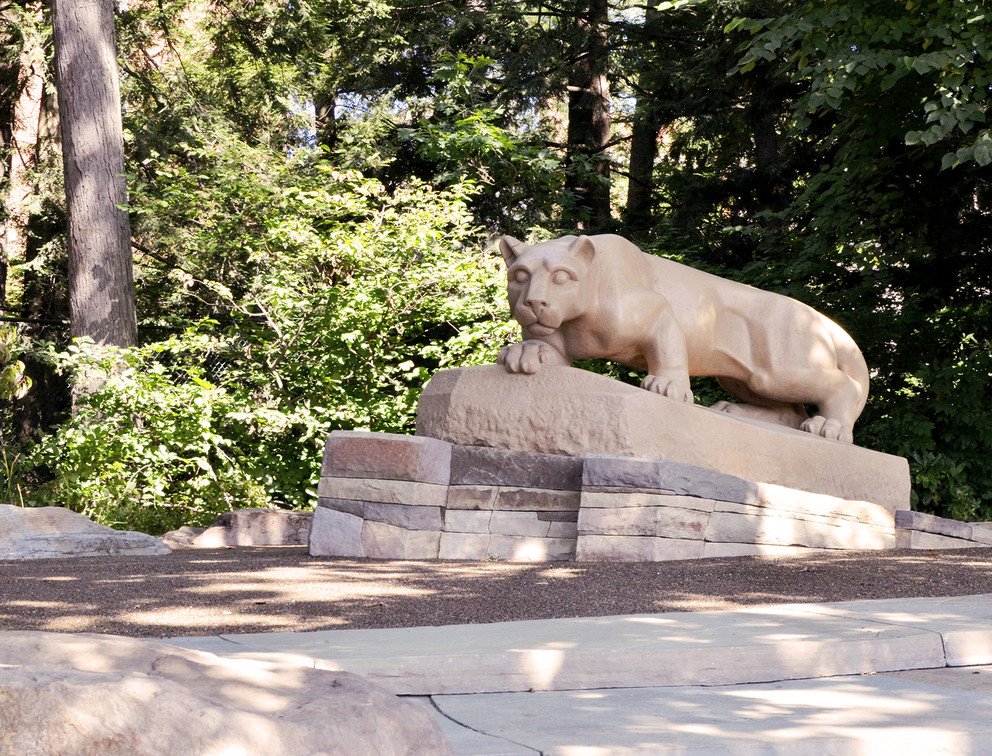 This picture from 1922, from the Happy Valley website, is of the original Nittany Lion. The mascot has taken on many different forms throughout the years. 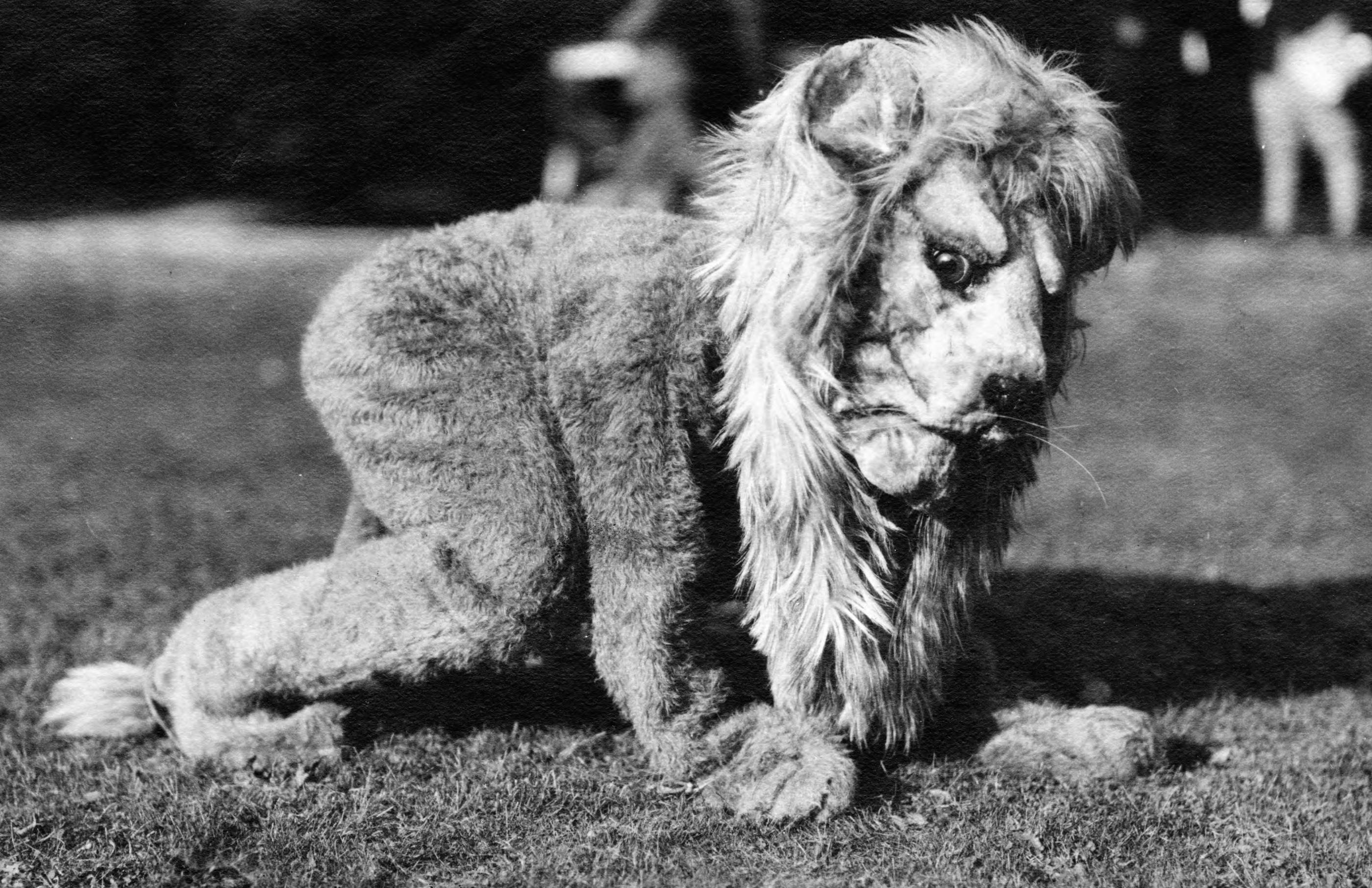 This picture, from Happy Valley's website, is of the lion in the 1960s after it had taken on a new form. 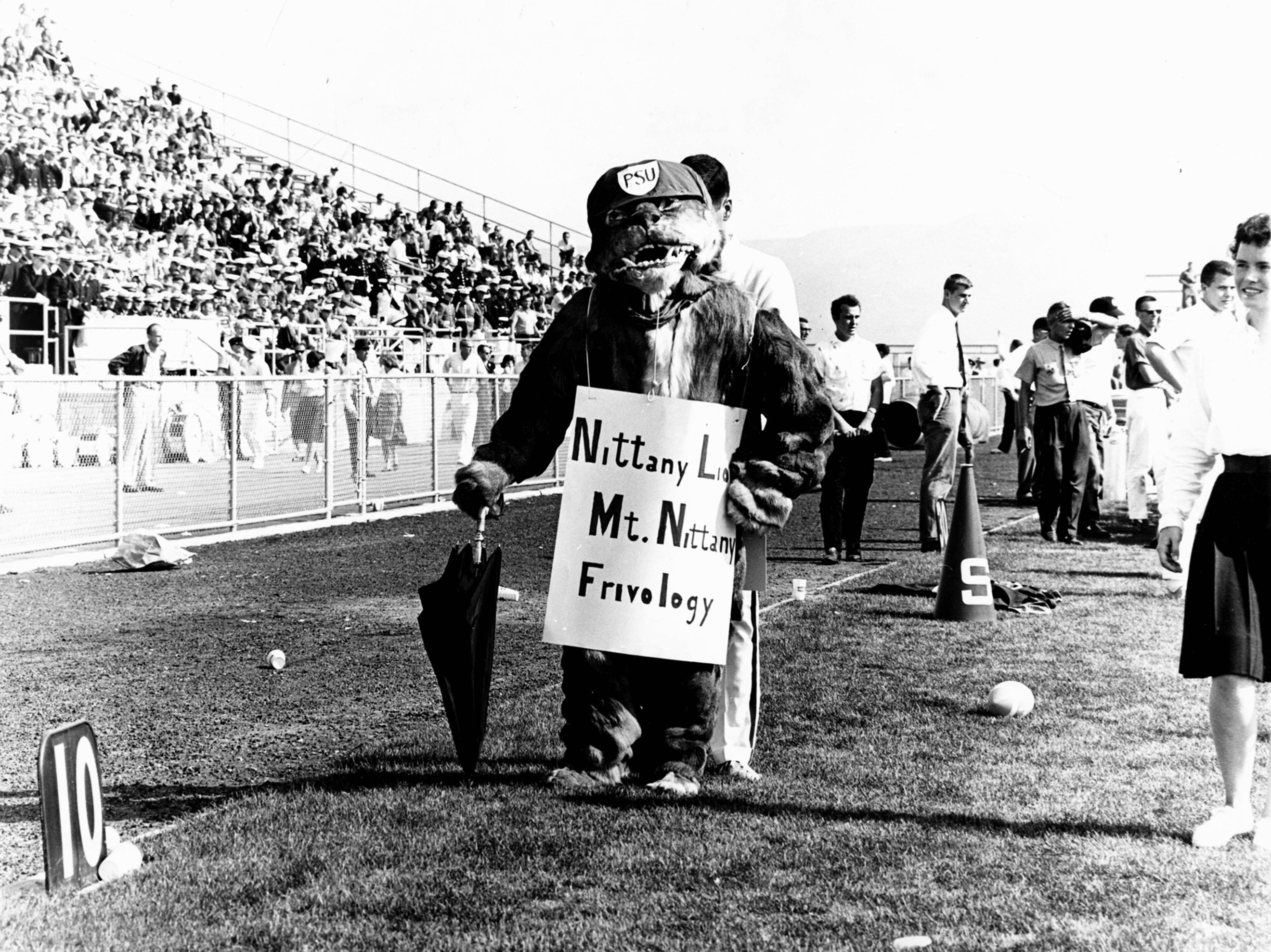 The name "Nittany" was birthed from the Indian legend surrounding Penn's Cave. Legend has it that a Frenchman, Malachi Boyer, and Seneca Indian, Nita-nee, fell in love but were forbidden to be together. The couple supposedly ran away together but were captured by the Seneca Indians, and Malachi was thrown into the cavers of Penn's Cave to die. The name "Nita-nee" caught on and led to the naming of Mount Nittany, Nittany Valley, and the Nittany Lion.

The Nittany Lion is unique to Pennsylvania as it refers to mountain lions belonging to Mount Nittany, a nearby cliff. During the 1904 baseball game at Princeton, H. D. Mason created the mascot; he believed it was the only animal that could defeat the Princeton’s feline mascot. The mascot name began as more of a joke but has become a rich part of the university’s history and tradition.

The Nittany Lion Shrine was a gift from the class of 1940 but wasn’t completed until 1942. The shrine has grown in popularity every year since it was gifted to the university and has become one of the most popular places on campus. Students and alumni swarm to the shrine during home games, graduation, and other events. With the growing popularity came vandalism attempts, leading to the birth of Guard the Lion Shrine, a homecoming event. Improvements to the lighting, accessibility, and landscaping were completed in 2013 as a gift from the class of 2012.

Guard the Lion Shrine is a university event that is held every year after the homecoming game, a time for alumni to gather and celebrate. It has live music, games, and food which are all centered around the lion. As Penn State’s homecoming is one of the largest in the country, Guard the Lion Shrine has grown to be one of the largest events at the university. Penn State’s ROTC volunteers to guard the lion during this time while many gather to get pictures. The event was created around the tradition of guarding the lion from vandalism that has taken place over the years.

There have been multiple vandalism cases since the shrine was gifted in 1940. In an attempt to hype students up about the 1966 game against Syracuse, Sue Paterno and other coaches’ wives covered the shrine in orange paint. The paint they used washed off easily, but Syracuse fans later covered the shrine in oil-based paint which was much more difficult to get off. In 1978, vandalism led to the loss of the lion’s right ear; it wasn’t until 1979 that the ear was replaced by the original sculptor, Heinz Warneke. The right ear has caused issues ever since; the most recent case of the lion losing the right ear was in 2018. The 3D Printing Club printed a new ear while they were waiting for it to be fixed.

The Nittany Lion Shrine, part of the Pennsylvania State University’s rich tradition has faced many vandalism cases over the decades, but it is still one of the most visited and photographed places on campus. It can be expected to remain this way for centuries to come.