The Indiana War Memorial Building, located in the center of the Indiana War Memorial Plaza, was constructed starting in 1926 as a tribute to the Veterans of World War I. The architects modeled the building after the Mausoleum of Halicarnassus, one of the Seven Wonders of the Ancient World. On each side of the monument stand symbolic statues designed by Henry Hering: Courage, Memory, Peace, Victory, Liberty, and Patriotism. 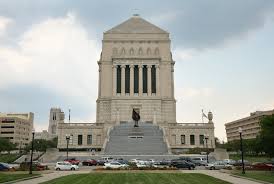 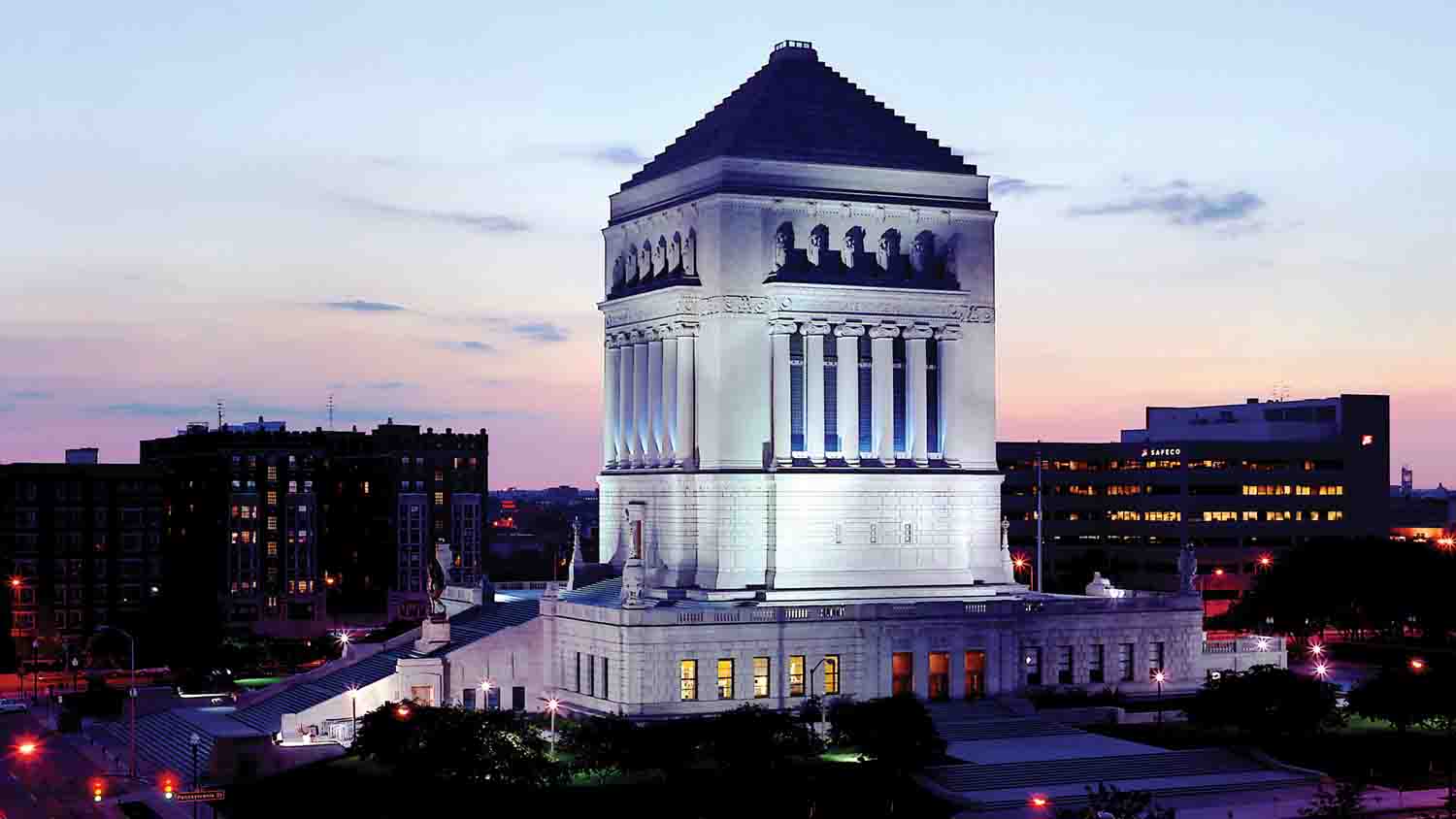 Laying the cornerstone in 1927 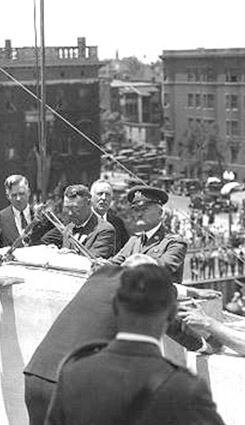 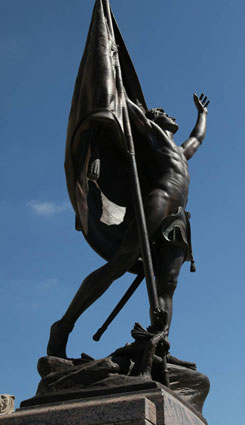 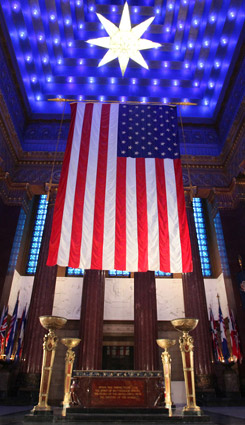 Aerial view of the Indiana War Memorial Building and plaza 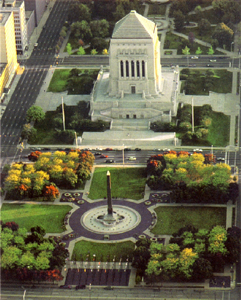 The Indiana War Memorial Building was designed by architects Walker and Weeks. They designed it to be the centerpiece of the plaza, aligned with the federal building and public library. Before work on the memorial could begin, however, workers demolished five of the seven buildings on the site to make room for the memorial. Construction finally began in 1926 and on July 4, 1927 General John Pershing laid the memorial’s cornerstone. In 1928, construction slowed due to funding problems and though it was still incomplete, the memorial was dedicated on Veterans Day 1933. The building was finally completed in 1965.

The architects based their design of the building on reconstruction renderings of the Mausoleum of Halicarnassus, one of the Seven Wonders of the Ancient World. The memorial building was made of Indiana Limestone and stood 210 feet tall, around 75 feet taller than the original mausoleum. Ionic columnns screen each face above the monument’s raised platform and the roof is a stepped pyramid. Between the columnns are tall windows and a blue light shines from each one.

Around the monument building are symbolic figures Courage, Memory, Peace, Victory, Liberty, and Patriotism, designed by Henry Hering. On the south side stands Hering’s nude male bronze sculpture, Pro Patria, meaning “For Country” in Latin. At 24 feet high and 7 tons, it was once the largest bronze sculpture in the United States.

Inside the building are three main floors. The top floor houses the Shrine Room. Built to symbolize peace and unity, it was crafted out of materials from all over the world to recognize the many countries of the world that were involved in World War I. The Star of Destiny hangs in the center of the world, made of Swedish Crystal, and below that an American flag. The main floor of the monument building holds administrative offices, exhibit space, and the Pershing Auditorium. All the names of Indiana residents who fought in WWI and those who were killed or missing in action from WWII are listed on this floor. The building also houses a free military museum that portrays Indiana’s veterans throughout history.

The Indiana War Memorial also houses a significant collection of battle flags from Indiana's infantry regiments. The 11th, 15th, 17th, and 18th Indiana Infantry regiments all served during the Civil War, some of which were associated with well-known Indiana historical figures Eli Lilly and Lew Wallace. The collection includes as well a flag from the 28th United States colored troops, a regiment that served around Petersburg during the war before being deployed to Corpus Christi, Texas in 1865. Beyond Civil War flags, the Indiana War Memorial also holds flags from Indiana units that served in the Mexican-American War, the Spanish-American War, and World War I.

The inscription on the building’s north side reads:

“To commemorate the valor and sacrifice of the land, sea and air forces of the United States and all who rendered faithful and loyal service at home and overseas in the World War; to inculcate a true understanding and appreciation of the privileges of American citizenship; to inspire patriotism and respect for the laws to the end that peace may prevail, justice be administered, public order maintained and liberty perpetuated.”