Owned and operated by the Hernando County Historical Museum Association since 1991, the 1885 Train Depot Museum is a restored train station located in Brooksville, Florida. It was built by the Florida Southern Railroad company (four businessman from Brooksville paid $20,000 to the company to build the station and the tracks). The museum explores the history of railroading in Florida as well as the local history, from the Seminole Wars to the first half of the 20th century. It features three rooms: the former train office, where people used to buy tickets, but now features displays about the history of the county; the freight room, which features train artifacts, model trains, the objects used by settlers; and the dock, on which farm equipment, industrial tools, railroad apparatus, and a restored 1925 fire engine (the first one in Brooksville) are displayed. A restored cook/utility railroad car is also on display at the museum. 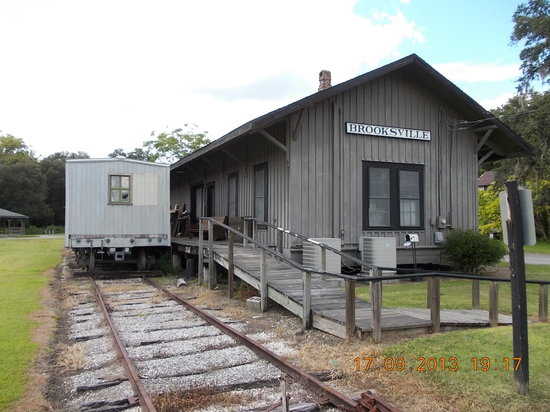 12 to 3 on Tuesday, Wednesday, Friday and Saturday