The Don Garlits Museum of Drag Racing, in Ocala, Florida features nearly 300 dragsters, rare vintage automobiles, muscle cars, funny cars, motorcycles and other vehicles. Other items include hemi and flathead engines, and rare manifolds and carburetors. Don Garlits, or "Big Daddy," as he is called, is perhaps the best known person in drag racing. He built his Swamp Rat dragsters that helped him win 144 national events and as well as 8 NHRA U.S. National titles. Proving he could still do it, he entered the U.S. Nationals in 2001 and qualified the car with a personal best time. A year later at the Gator Nationals, he updated one of his Swamp Rat cars and recorded a remarkable speed of 323.04 mph. That particular car has been exhibited in the Smithsonian Institution of American History; he had it taken out for this event.

This Navy jet fighter is on display just outside the museum building. 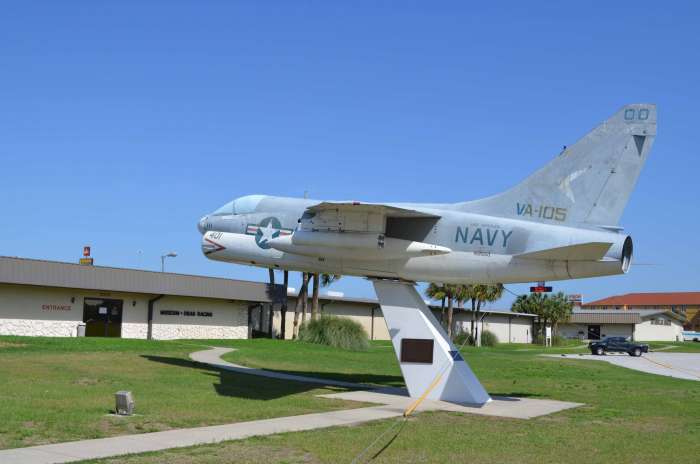 A view inside the museum, which is spread out in two buildings. 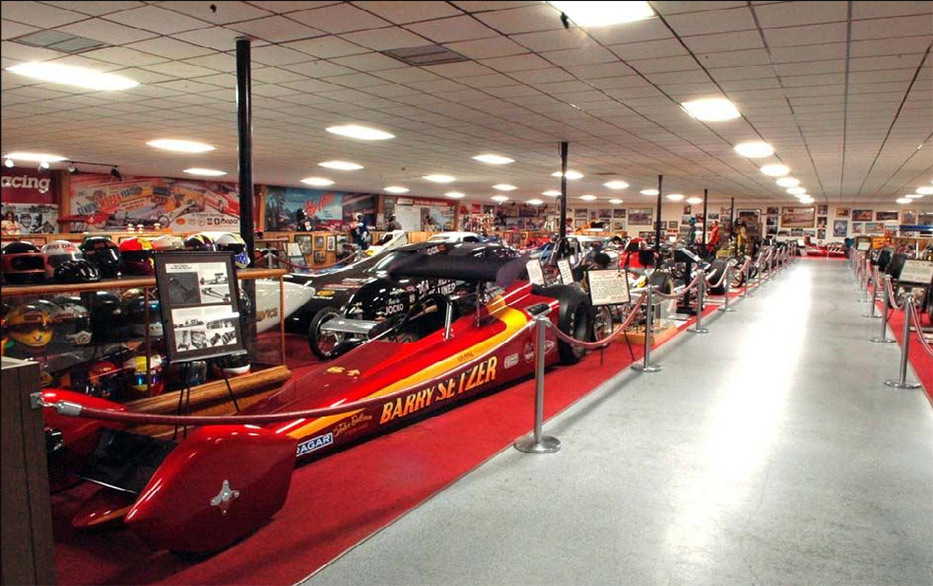 9-5pm every day except Thanksgiving and Christmas