Pimlico Race Course is the home of the Preakness Stakes. This race course opened in 1870, making it the second oldest racetrack in the United States. Pimlico Race Course has hosted famous horses such as Seabiscuit, Secretariat, and American Pharaoh. This course is one of the largest sources of revenue in Maryland, and it attracts hundreds of thousands of visitors each year.

The race course is over 140 years old. It has hosted four triple crown champions. 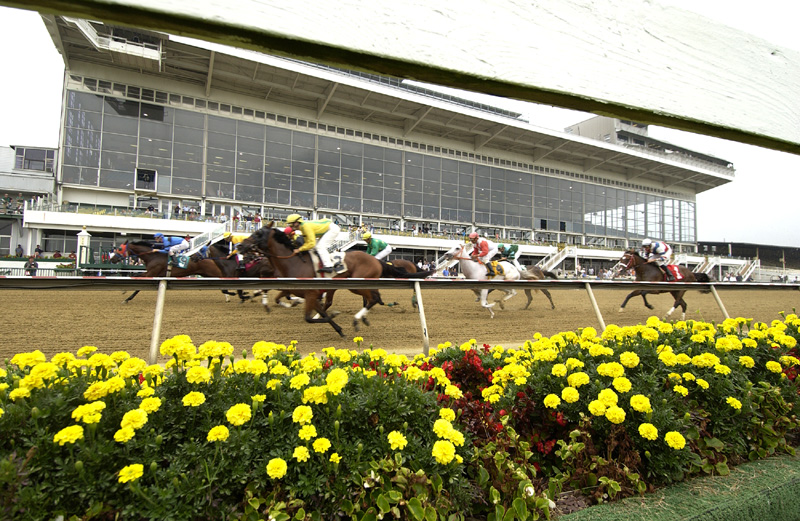 Maryland’s governor in 1868, Oden Bowie, was at a dinner party with some of his friends in Saratoga, New York. Bowie and his friends thoroughly enjoyed the evening, so the men suggested hosting some type of event to commemorate their splendid evening. Because Bowie and his friends were prominent racing figures, they agreed to run a horse race in two years to remember the evening. They also agreed that the winner would host the losers for dinner. Interestingly, the men agreed on which colts would run the race in two years. Following this agreement, the jockey club in Saratoga and the American Jockey Club vied to host this event.  Oden Bowie accepted the American Jockey Club’s bid because he wanted the race to take place in Maryland. The American Jockey Club purchased 70 acres of land in Pimlico, Maryland, for $23,000.

General John Ellicott engineered the construction of the racetrack, and he completed the project in time for the Governor Bowie’s race. Governor Bowie and his friends referred to the opening race as The Dinner Party Stakes. Milton Sanford’s thoroughbred horse Preakness won the race. Thus, Preakness’s name is now the namesake for one of the most important horse races. Additionally, the Dinner Party Stakes is now known as the Dixie Stakes, and it is the eighth-oldest graded stakes race in America. Since this inaugural race, much history has happened at this track.

Local residents referred to the race course as “Old Hilltop” since there was a rise in the infield. This gently sloping hill in the center of the course was a popular gathering place for elite horse owners, business executives, and fashionable individuals. Hundreds of people would gather on this small hill to socialize in between races. Many single individuals would also visit the hilltop in hopes of meeting someone. Videographers, however, wanted the hill removed because it blocked cameras from capturing the backstretch of the track. Demolition of the hilltop concluded in April 1938. Current elite members of society, however, have continued the tradition of socializing at the Pimlico Race Course. Today, the Corporate Village of the Preakness hosts over 5,000 business executives and social elites in a 21st Century “garden party.”

The Pimlico Race Course almost closed in 1910. Many conservative activists supported the closure of the racetrack because it endorsed the sinful practice of gambling. The owner of the course, Billy Riggs, saved the course by being adamant that his track would not close. Despite popular support for the closure of his course, Billy Riggs did not waver in his stance. For this reason, the horse racing community refers to him as the “Savior of Eastern Racing.” The Pimlico Race Course also endured Prohibition, the Great Depression, and Baltimore riots. The race course is currently the second oldest racetrack in the United States; the horse racing track in Saratoga is the oldest.