Fort Gaston was established on December 4, 1859 and was located in the Hoopa Valley on the west bank of the Trinity River. It was established by Captain Edmund Underwood and named after 2nd Lieutenant William Gaston. The fort was intended to "pacify" and control the area's Native tribes. The fort was abandoned on June 29, 1892. Only one building of the fort remains, although a few artifacts and records from the fort have been preserved and are available at local museums and archives.

This home served as the quarters for the commanding officer, and is one of the few buildings of the historic fort. 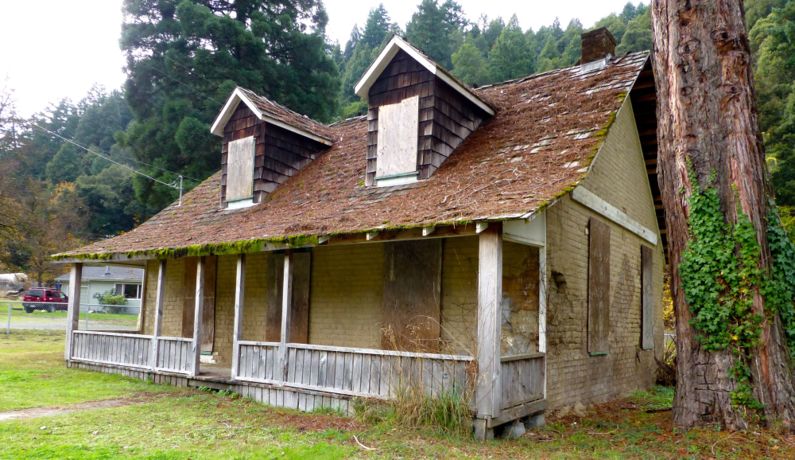 On Christmas day in 1863, a small battle took place between area Native tribes and the men stationed at the fort. After Native warriors sought shelter among log cabins, using these homes to stage a potential attack and firing from behind the walls of some of the cabins, the fort's commanders ordered artillery pieces to fire upon the cabins. By the end of the day, the cabins were in ruin, but most of the Native Americans had escaped under the cover of night. As more settlers entered the area, Native leaders sought a peaceful resolution under the best terms they might receive in 1865. Over time, the fort transitioned from an active garrison to a place to stage supplies and hold training activities until it was abandoned in 1892.