Washington-on-the-Brazos State Historic Site is the location where the Convention of 1836 signed Texas' Declaration of Independence from Mexico. The site, which also served as the Texas Capitol off and on through the early years of the Republic of Texas, includes several attractions: the Star of the Republic Museum, Independence Hall, and the Barrington Living History Farm. The Star of the Republic Museum was established in 1970 with the intent of preserving the early cultural and diversity of the Texas Republic. Independence Hall is where the 59 men signed the Declaration and is one of the most important structures in the state. The Barrington Living Museum is a working 1850s farm that features the original home of Dr. Anson Jones, the last president of the Republic of Texas.

The Star of the Republic Museum is one of several attractions at Washington-on-the-Brazos. 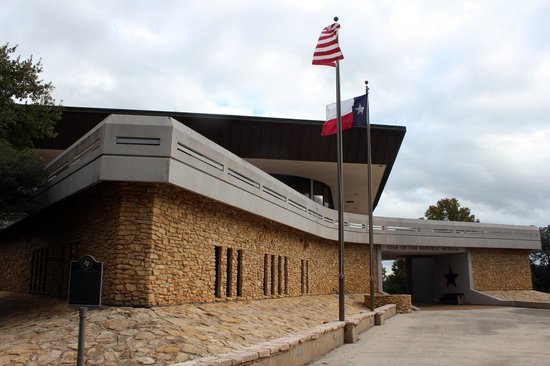 Independence Hall is one of the most important buildings in Texas. It was here that delegates met in 1836 to declare independence from Mexico. 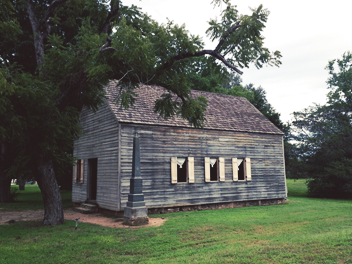 The initial idea for the Star of the Republic Museum came from State Representative, Gus Mutscher, in 1965. Mutscher attempted to pass a bill that would appropriate $800,000 to construct a museum that would showcase the region's history, or as he put it, "[a museum] that would be a Star upon a Star."1 His vision was realized in 1969 when museum ownership was handed over to Blinn College.

The Museum officially opened in 1970 with no founding collection. However, over time, the museum acquired hundreds of pieces that were a representation of Texas history. With a permanent collection of this size, it was difficult to continually change exhibitions. Therefor, the museum participated in borrowing pieces from other types of institutions that allowed for numerous changing exhibits. During this time, the museum was able to purchase pieces, and grow their collection gradually.

The Star of the Republic Museum saw renovations and expansion at the end of the twentieth century. This made room for a growing collection and the resources to preserve that collection. However, in 1998, fundraising began to replace all of their exhibits at that time. Through this process, they raised over one million dollars, and created all new exhibits in the following years. Today, the Star of the Republic Museum has a collection numbering in the thousands, and they continue to acquire more pieces in hopes of further educational opportunities for the public.

1. "About the Museum." Star of the Republic Museum. Accessed November 29, 2015. http://www.starmuseum.org/about/index.html#history.