Near this location on the evening of July 31, 1929, Deputy Sheriff Clyde L. Hauver was fatally wounded in a raid on a still near this marker. Police eventually tracked down several suspects, and two moonshiners were convicted in connection with the murder after several days of conflicting testimony. Tales of a double-crossing informant, a love triangle, arson, and other rumors spread throughout central Maryland. What exactly happened at the Blue Blazes moonshine still remains a mystery. 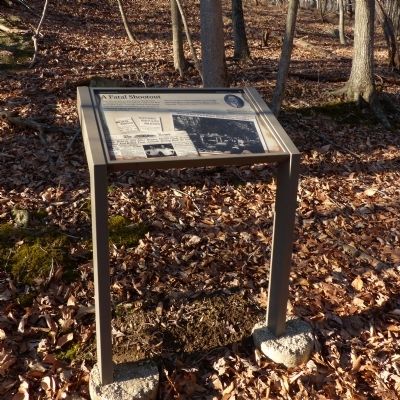 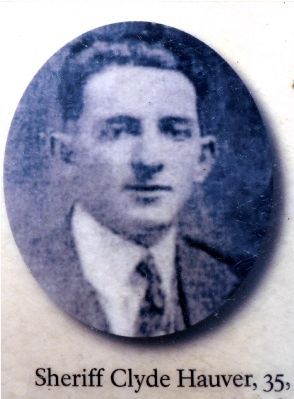 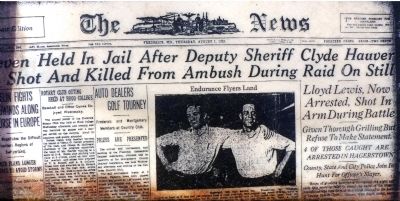 The scene of the raid where the deputy was killed. 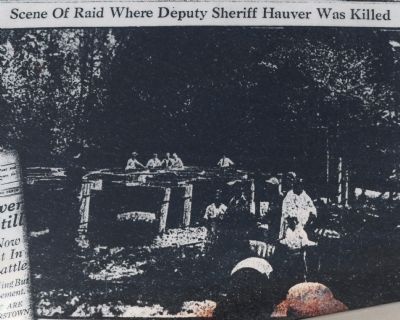 Deputy Sheriff Clyde Hauver, was shot and killed while conducting a raid on a large still in the Catoctin Mountains known as the Blue Blazes Still.The raid occurred near the present location of the Camp David Presidential Retreat.