Built in 1877, the Governor Stone Schooner is the last known vessel of its kind out of the thousands that were built. It was constructed by Charles Greiner who operated a chandlery business. He named the vessel after the first elected Governor of Mississippi, John Marshall Stone. Today, it is owned by the non-profit organization, Friends of Governor Stone, which uses the vessel for educational programs and historical and cultural tourism. It is a National Historic Landmark and listed on the National Register of Historic Places. 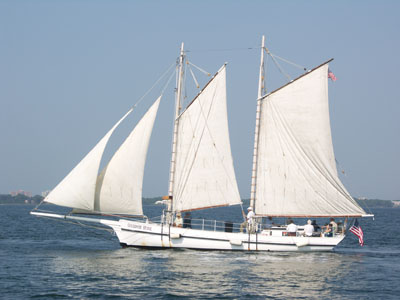 The schooner was owned by several people over the years. It sank twice under one owner in 1906 and later in 1939. It has been restored on several occasions. During WWII, the U.S. War Commission bought it for use as a training vessel and returned it in 1947 to the previous owner. In 1965, the owner at the time, John Curry, donated it to the Apalachicola Maritime Institute in 1991. The Friends of Governor Stone acquired the vessel 11 years later.