This marker indicates the place where the Ransom School was founded. At the time, it was known as the Pine Knot Camp and was founded by Paul C. Ransom. In 1896, Ransom first brought students from an Eastern preparatory school to Florida for the winter. Education focused on dedication to outdoor life and valuing different types of intelligence. In 1903, it was renamed the Adirondack-Florida School. Fall and spring terms were held in the Adirondacks and the winter term was held in Coconut Grove. It was closed from 1942-1947 due to World War II. In 1949, it was named the Ransom School and moved to this site permanently. 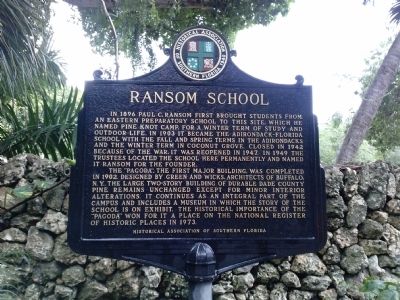 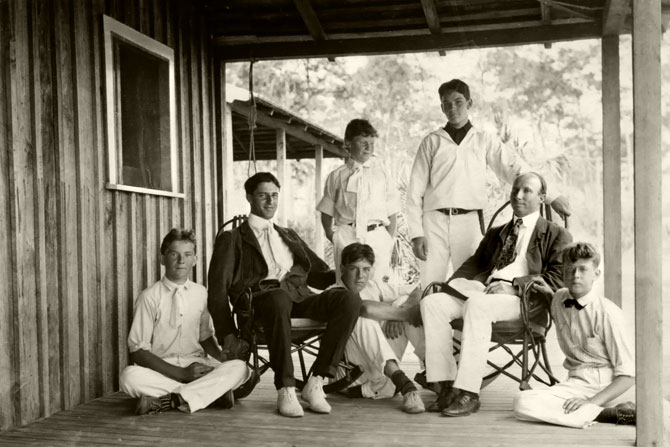 Entrance to the Ransom Everglades School 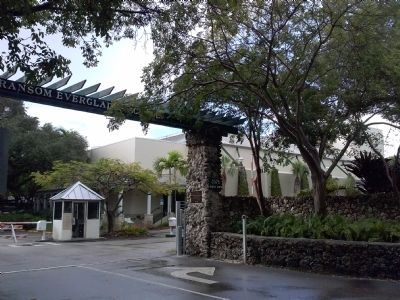 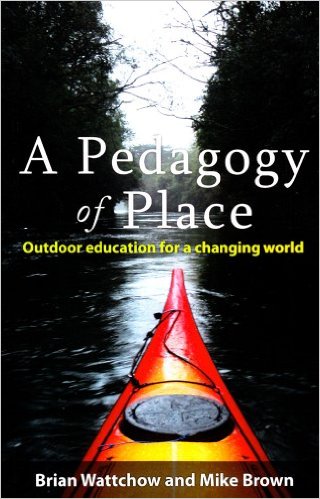 The Adirondack-Florida School was the nation’s first migratory boarding school. Ransom was a successful lawyer who first became interested in education through tutoring. Through this experience, he established strong views concerning the importance of students receiving individualized attention from instructors. In a letter to incoming students, Ransom wrote that the world held three types of people and that people who belonged at his school were part of the third type. He wrote, “The people of the third class believe that they are in the world not so much for what they can get out of it as for what they can put into it.” When Ransom passed away in 1907, his wife Alice began running the school in his place. In 1955, a similar school was established fewer than two miles away. This was the Everglades School for Girls, founded by Marie and Edward Swenson.

In 1974, the Ransom School and the Everglades School for Girls combined to from the present-day Ransom Everglades School. For middle school students, the institution offers courses such as Issues and Ethics, Digital Citizenship, and Writer’s Workshop. The Upper School (9-12 grade) offers courses such as Literature of War, Personal Narrative Workshop, and Voices from the Inside: Stories Written in and about Prison, and What They can Teach Us about Ourselves.

This short walking tour includes several historical markers and other sites that share the history of this unique Miami neighborhood.