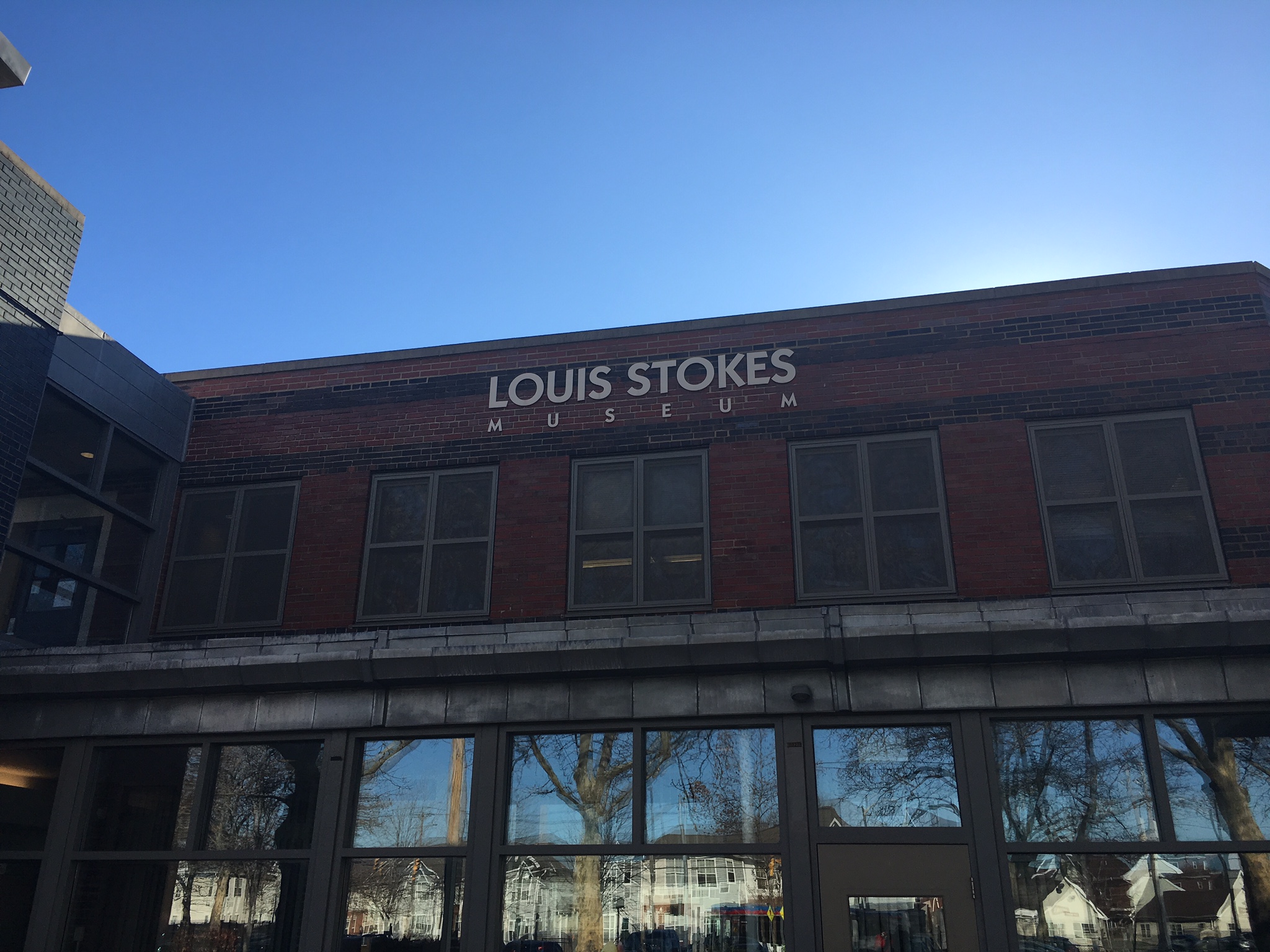 Louis and his brother Carl Stokes 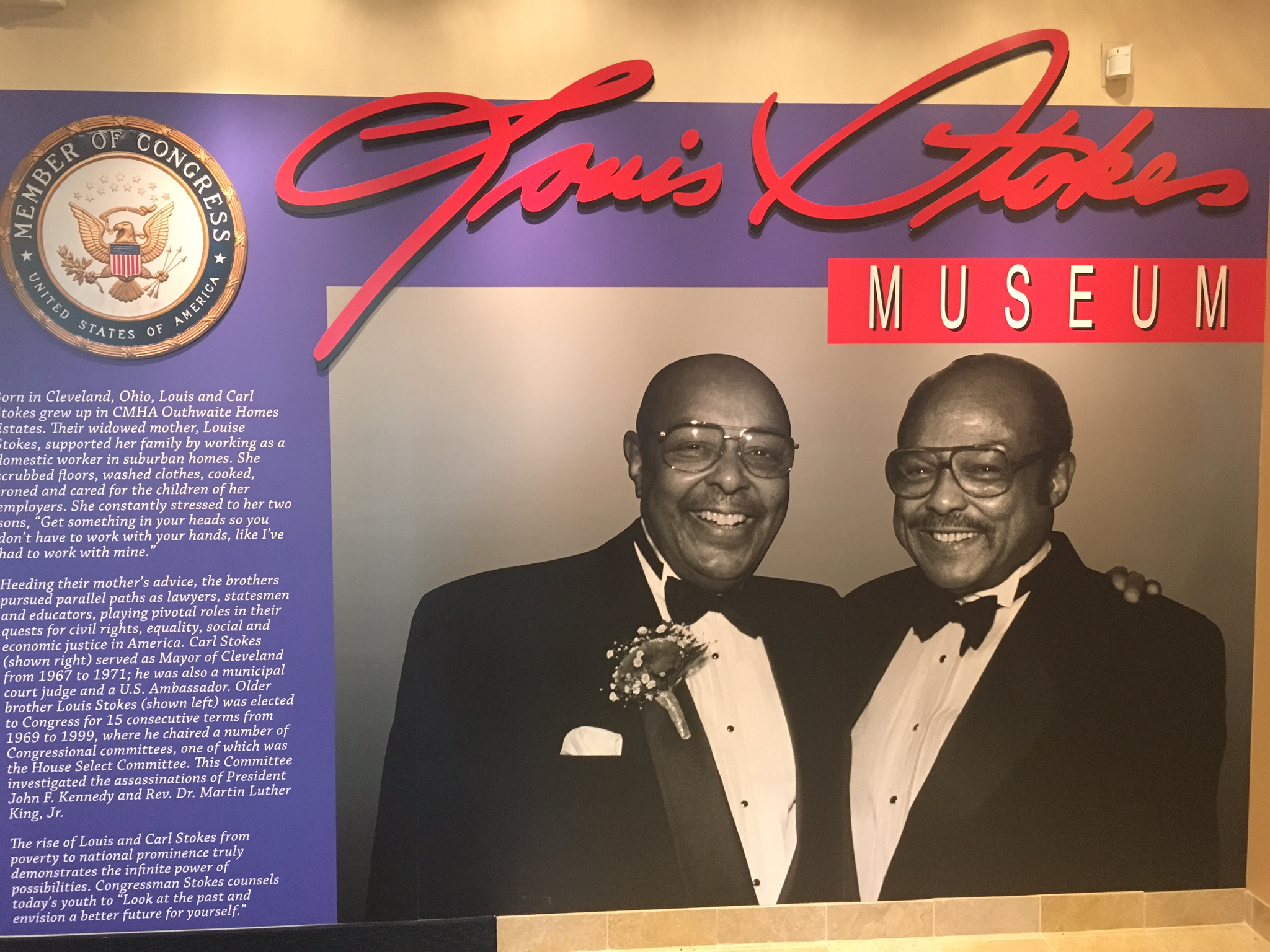 Louis Stokes at the grand opening of the Louis B. Stokes Museum 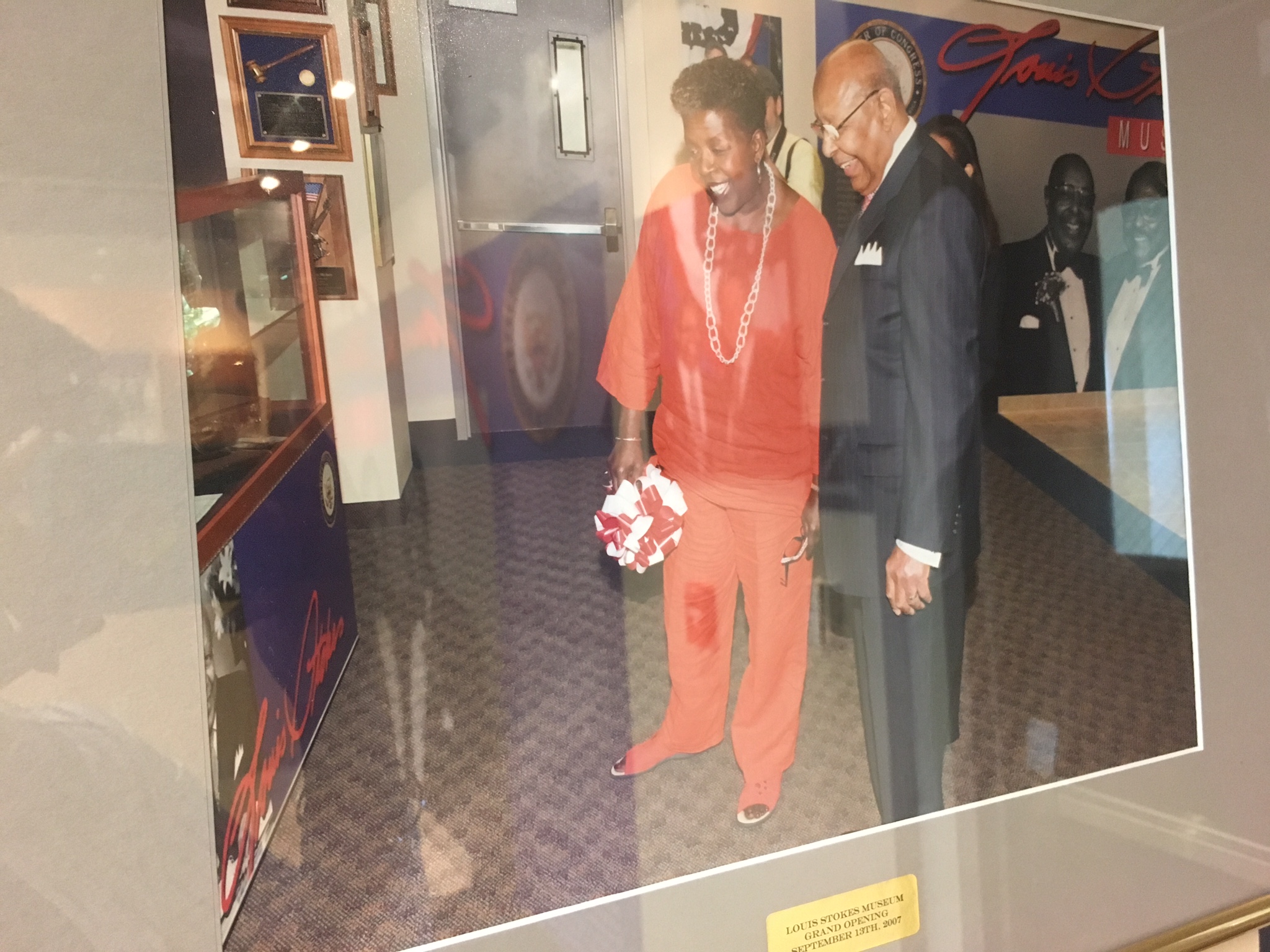 Louis Stokes was the first African American member of Congress for the state of Ohio. Stokes was born in Cleveland on February 25, 1925 and raised by a widowed mother. With the help of his maternal grandmother and the instilled mindset of his mother that working with your hands is the hard way, Louis attended Cleveland Public schools where he later enlisted in the army to work as a personnel specialist from 1943 to 1946. After being honorably discharged, Stokes worked for the Veteran Administration and the Treasury Department while attending night school with the assistance of the G.I. bill. Stokes obtained his college degree and law degree. In 1953, Stokes opened a law firm with his brother named Stokes and Stokes.

Through his work as a lawyer, Stokes became heavily involved in a number of civil rights cases often working pro bono for less wealthy clients and activists. Due to Stokes involvement in civil rights, he later joined the Cleveland NAACP chapter, the board of the Cleveland and Cuyahoga bar associations, and the Ohio State Bar Association’s criminal justice committee, where he served as chairman. Stokes eventually served as vice president of the NAACP’s Cleveland chapter and chaired its legal redress committee for five years. In 1967, Stokes argued orally to the Supreme Court in the landmark case Terry v. Ohio.

In 1965 through 1967, Stokes collaborated with other political leaders and lawyers to challenge the one man, one vote policy to redistribute the city of Cleveland. Through Stokes's efforts, the first primarily African American district was formed. Under the encouragement of the first African American mayor for the city of Cleveland, Carl Stokes, Louis Stokes's older brother, Lou ran for the congressional seat.

Stokes served as a representative for the city of Cleveland for thirty years, serving fifteen terms. Stokes worked on a multitude of issues such as the reapportion of Cleveland, the Education and Labor Committee, and the Internal Security Committee. Stokes chaired the Appropriations Committee as well as serving on and wielding a gavel on the Permanent Select Committee on Intelligence, the Committee on Standards of Official Conduct, and the Select Committee on Assassinations. In 1971, Stokes helped found The Black Caucus. The Black Caucus's mission was to serve as a voice for African Americans and underserved communities. In 1999, Stokes retired as the dean of the Ohio delegation.