Christ Church, an example of Gothic architecture, was the first Episcopal Church in Washington DC. The father of American architects, Benjamin Latrobe, is considered by most to have designed the building. Though his friend and builder, Robert Alexander is said to have designed the central part. While the church first began in 1794 meeting in a tobacco warehouse down the street where Thomas Jefferson faithfully attended, the cornerstone for the current building was laid in 1806. It was listed on the National Historic Register in 1969 and was the first building built in the city to be a Christian-faith church. The first service was in August of 1807.

Christ Church was the first Episcopal Church in Washington DC. 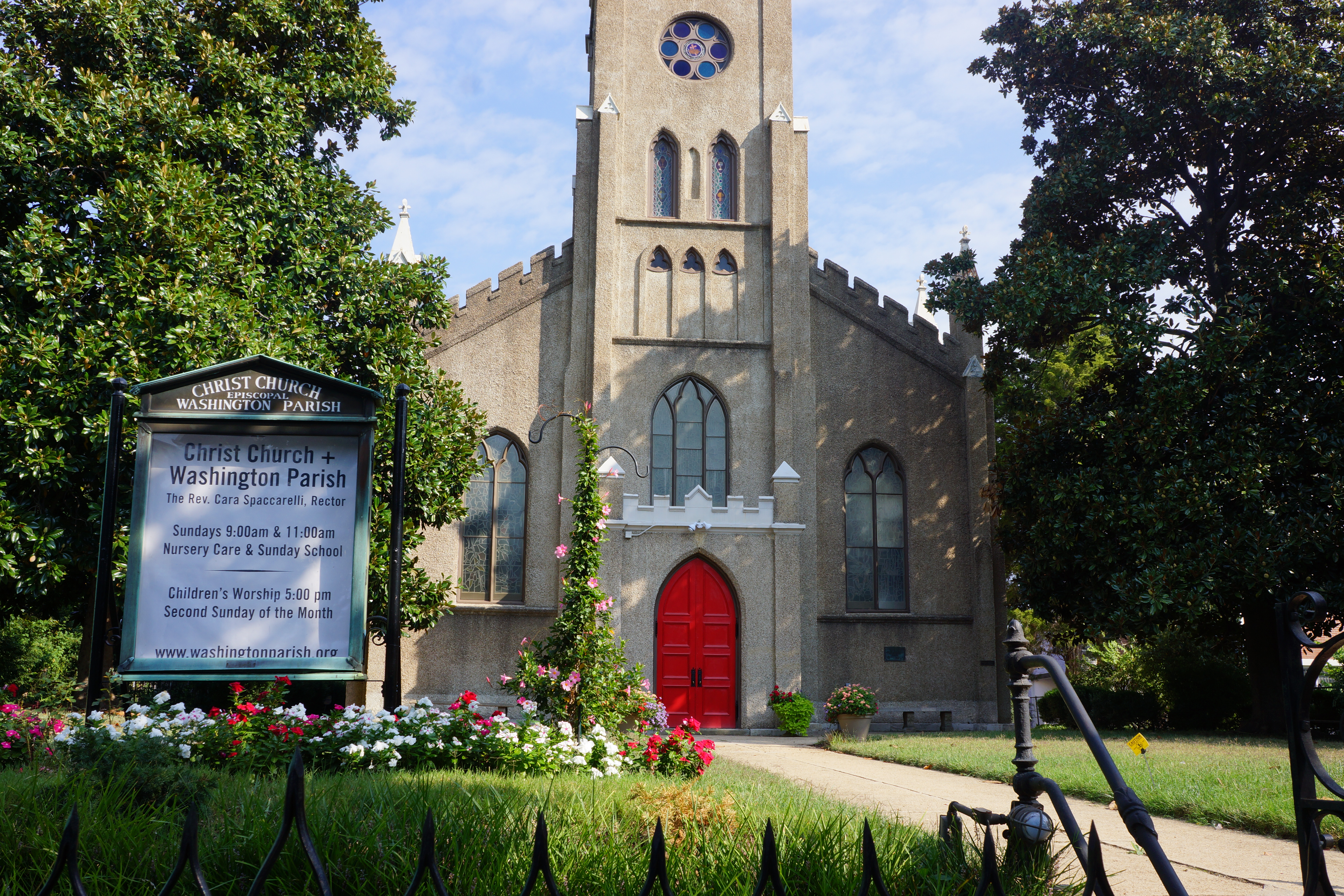 The church has had several prominent members, most notably composer John Philip Sousa who was married in the church and is now buried in Congressional Cemetery next door. Presidents James Madison and James Monroe were known to have worshiped at Christ Church.

Additions and enhancements were added to the church over time significantly altering the original design. One included a square bell tower in 1849 that served as a lookout point during the Civil War. A Parish Hall was added in 1874. Other alterations from the original structure included extending the building several feet, putting in bay windows and adding a narthex. A chancel section was added, as were stained glass windows, support structures and the exterior also received upgrades at different points. Other changes were made and a rectory was added next door. The original rectory was torn down and another built in its place in the 1920s.

Today the church has regular Sunday and Wednesday worship services. It has an active congregation, a children’s ministry and a choir that it is quite proud of. Its mission, according to its website, is to be a welcoming, diverse, thankful and joyous Episcopal community of faith committed to nurturing its members and neighbors through worship and service.