Joe Paterno ("JoePa") was the Penn State football coach from 1966-2011. His teams won more football games than any other coach in college, but his legacy has been tarnished by his failure to report acts of sexual assault by one of his assistants. Penn State University had erected a bronze statue of the once-widely-admired coach in front of the stadium. However, when the actions of assistant coach Jerry Sandusky came to light, and when it became clear that Paterno and other Penn State officials failed to report these actions, the University decided to remove the statue. Although the majority of journalists and commentators have been critical of effort to restore the statue, alumni and students continue to petition university leaders to create another statute in its place.

The Statue of Paterno 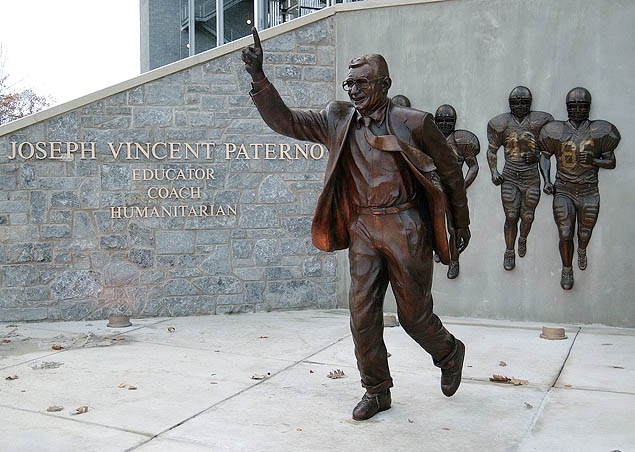 After the statue was removed 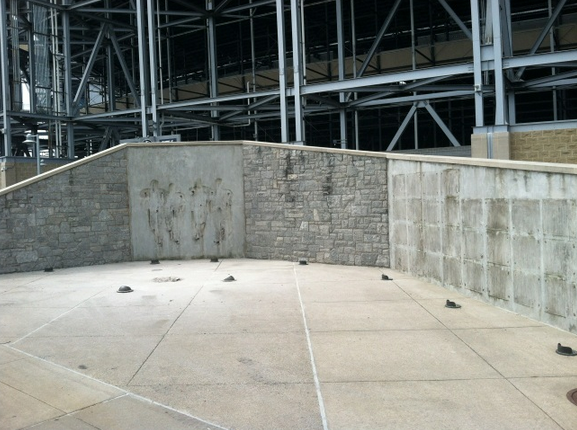 Joe Paterno was the head coach at Pennsylvania State University from 1966-2011. Today, Paterno still holds the record for the most wins as a NCAA football coach. During his career, he led Penn State to multiple national championships and bowl game victories. In honor of his accomplishment as a coach a bronze statue of him was placed outside of the east side of Beaver Stadium on November 2, 2001.

The statue stood at seven feet and weighed nine hundred pounds. The statue of Joe Paterno had a stone wall divided into three sections. The left section of the wall read, "Joseph Vincent Paterno: Educator, Coach, Humanitarian". The center section, showed a number of players running behind Paterno. On the right, was a quote from Paterno that read, "They ask me what I'd like written about me when I'm gone. I hope they write I made Penn State a better place, not just that I was a good football coach". In addition to the quote the right section also featured several plaques with a list of games that Paterno had coached at his time at Penn State from 1966 to 2011.

In 2011 assistant coach Jerry Sandusky was reported for sexually abusing a child in 2011. During the investigation it was reported that Paterno had also known about the incident but did not report it to authorities. Despite Paterno's high winning record over the years, many people see Paterno as a tragic figure and an indictment of the win-at-any-cost attitude. Paterno claimed that his actions were taken to preserve the reputation of the school. However, Paterno was fired for his failure to report the incident after the national media coverage discovered what had happened.

Following the 2011 scandal there were widespread calls for the statue of head coach Joe Paterno to be removed. Some of the people requesting the removal of the statue included Paterno's longtime friend and coach of Florida State, Bobby Bowden. At one point, an anonymous individual flew a plane over Pennsylvania State College for several hours with a banner that read "Take the Statue Down or We Will" and threatened violence if the statue was not removed.

On July 22, 2012, six months after Paterno's death, the university announced that it had removed the statue. The university claimed they had "stored it in a secure location". Their reasoning for taking it down was that it had become a "source of division and an obstacle to healing". In addition to the statue of Joe Paterno the three accompanying plaques were removed as well. The area where the statue once stood has since been replaced by trees.