With the memorial opening in 2011 and the museum opening in 2014, the 9/11 Memorial includes a variety of memorial spaces and a museum located at the World Trade Center's former Twin Towers location in New York City. The memorial was built in dedication to those who lost their lives during the attack on September 11, 2001. The memorial has the name of those that were killed in the terrorist attacks on the WTC, which killed approximately 2,977 people, as well as those who died during the 1993 World Trade Center bombing, which killed just 6 people. For many people who experienced 9/11, even from afar, coming to this site is a kind of pilgrimage. Former Mayor Michael Bloomberg and Former President Barack Obama made the dedication to the victims with the opening of the museum.

Aerial view of the Memorial 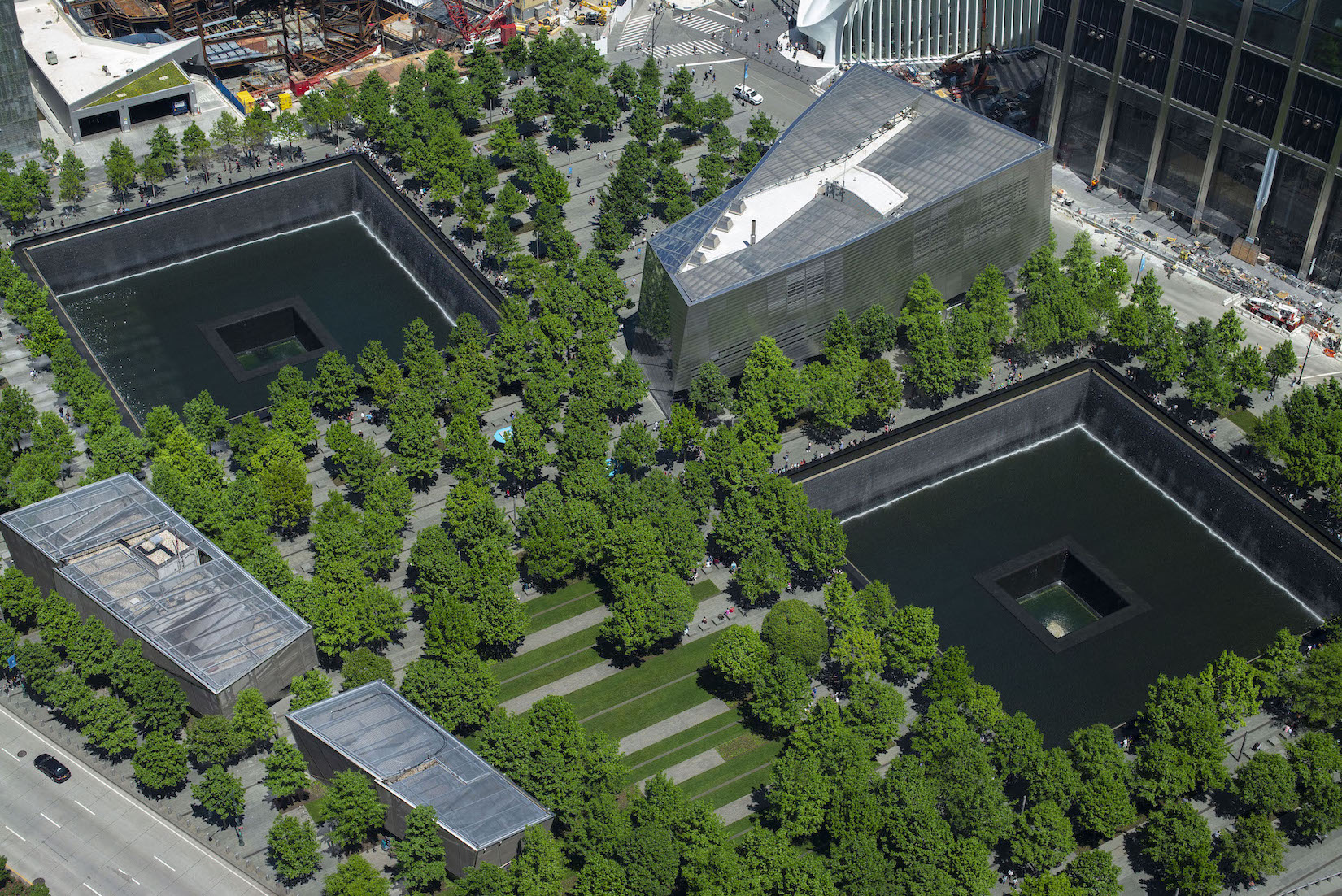 View of the Waterfall at the 9/11 Memorial 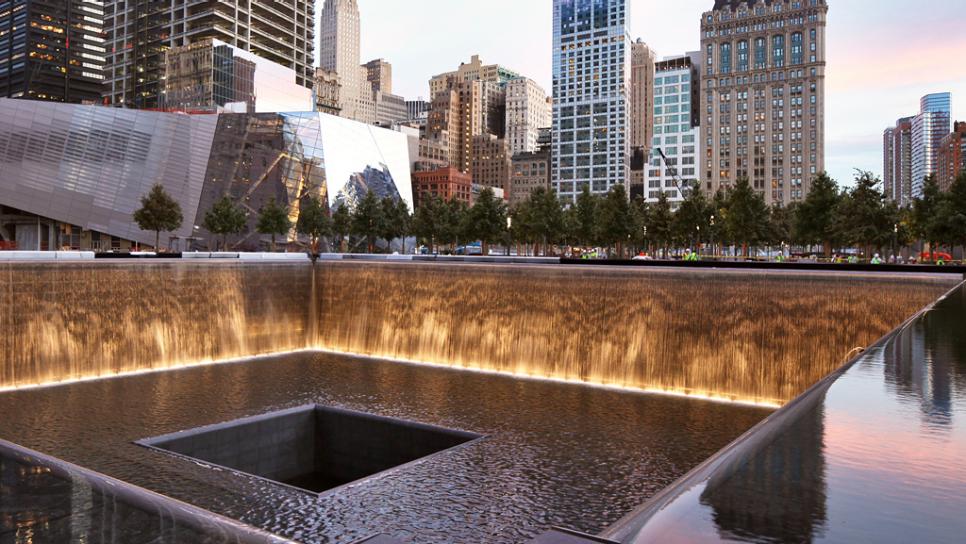 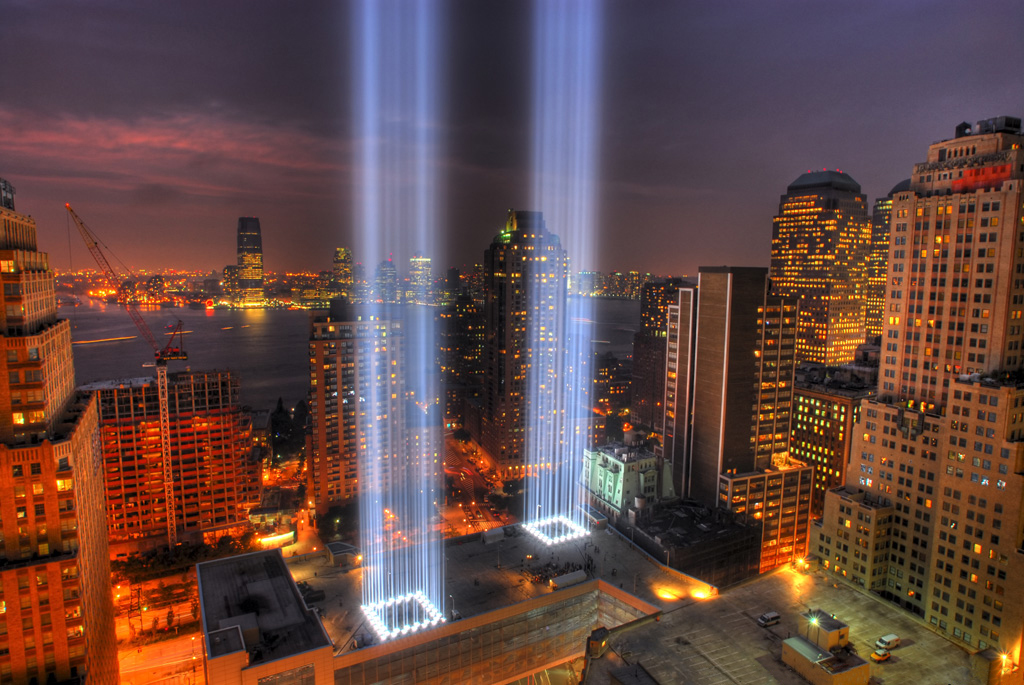 Names of the victims 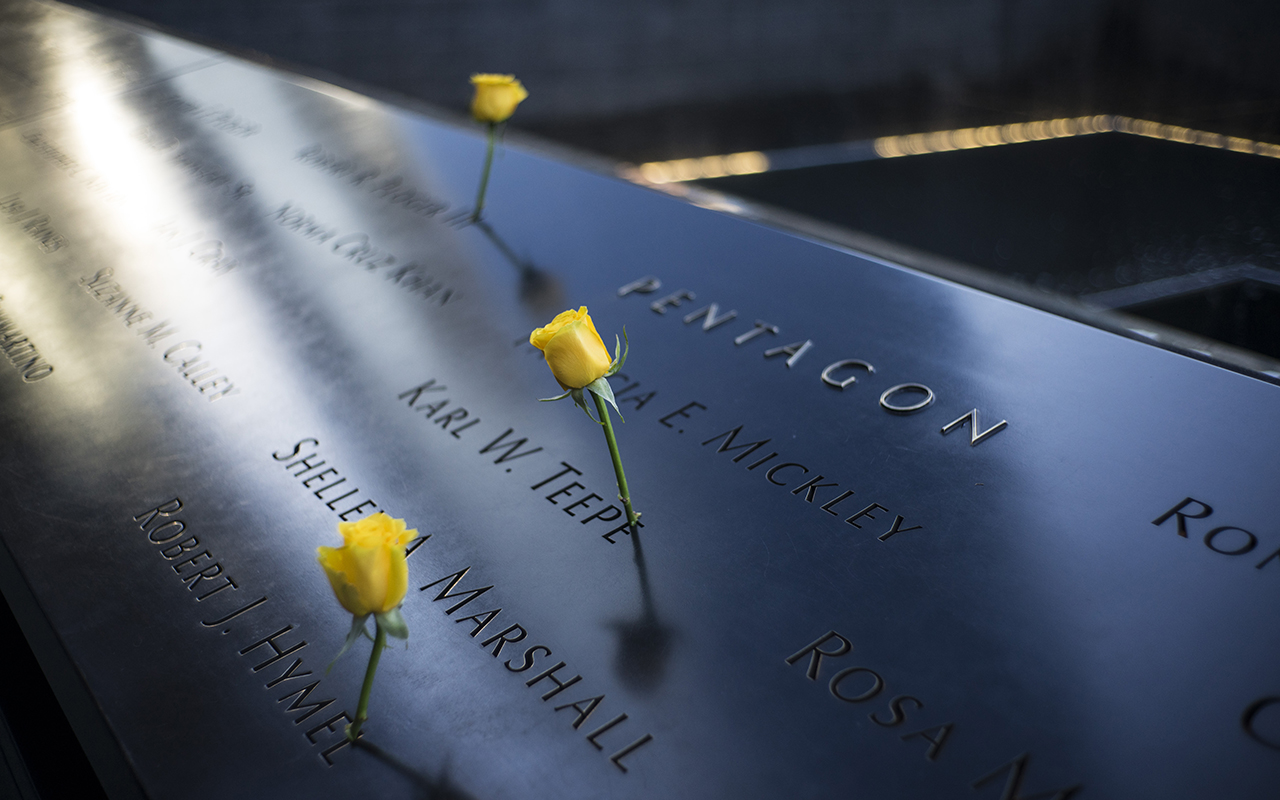 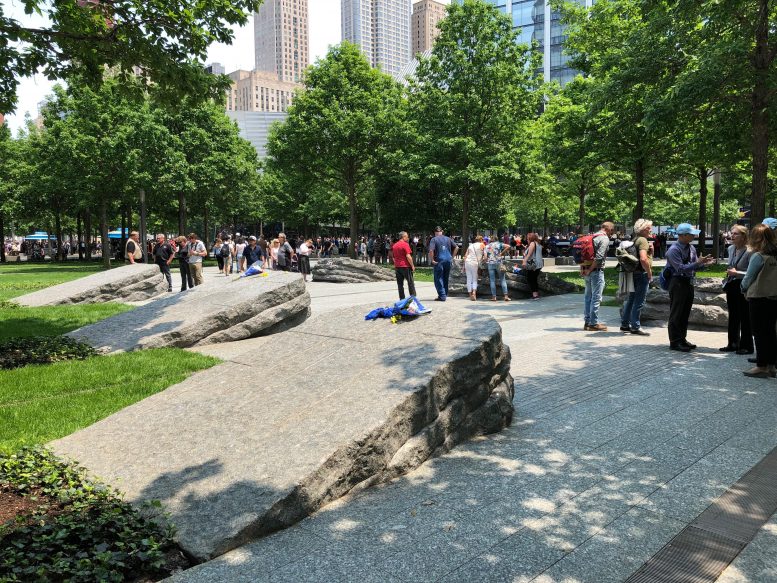 From an individual standpoint, September 11, 2001 was posed to be a day like any other day with people heading to work or touring around NYC. It had never occurred to people that the attacks would have happened. However, in the morning, 19 hijackers took control of four commercial airplanes intending to hit four designated targets in America. One of them was heading for San Francisco, California while the other three headed for Los Angeles. They were all of the Boeing models with two being 757s and the others being 767s.

One of the planes crashed into the World Trade Center’s North Tower at 8:46 A.M. and then another followed straight into the South Tower later on. The third one flew right into the Pentagon an hour later. The fourth one never reached their target, but it was believed to be either the U.S. Capitol or the White House. Flight audio recordings showed that the passengers tried to ward off the hijackers after the first plane crashed which lead to the hijackers crashing the other planes intentionally. These hijackers used spraying mace and tear gas to subdue attendants on the planes to gain control.

Due to the crash and fires breaking out inside, the buildings collapsed to the ground leaving rubble and dust in the air. The Federal Aviation Administration grounded all other civilian flights to prevent another attack. International flights were cancelled or redirected back to the countries they first launched from. Nearly 3,000 American citizens perished in the attacks with 6,000 severely injured in one of the most deadliest attacks on U.S. soil since Pearl Harbor in WWII. At the Pentagon, 125 workers died when the plane crashed. 70 were official workers and 55 were military personnel. For example, Timothy J. Maude, a U.S. Army Lieutenant General, lost his life in the attack on the Pentagon.

In the immediate aftermath, international flights were halted stranding Americans in other countries for days and airport security was ramped up even more. Law enforcement, first responders, and medical staff helped retrieve bodies from the debris left behind from the two Twin Towers. Nine days later, U.S. President George W. Bush addressed the nation and a joint session of Congress about the attack. Following legislation were the Homeland Security Act of 2002, which lead to the creation of the Department of Homeland Security, and the PATRIOT ACT, a law that would hopefully deter global terrorism. There was also an invasion of Iraq and Afghanistan in 2003 that led to endless battling between the U.S. Army and terrorist groups in the Middle East. George W. Bush said this push for war was to stop Al-Queda from using “weapons of mass destruction,” but no weapons of the sort were found anywhere in the region leading to backlash against President Bush for lying. Years later in 2019, President Donald Trump signed into law the September 11th Victim Compensation Fund granting money towards the victims’ families.

A memorial was created to honor the victims that died and the people that tried helping during the attacks in 2011. It is located on the site where the World Trade Center was attacked and the Twin Towers fell. A light visual showcasing the Twin Towers is also held in New York on every anniversary of the attacks. The museum was opened and dedicated in 2014 in a ceremony hosted by Mayor Michael Bloomberg and President Barack Obama. The museum contains pieces from the hijacked airplanes and steel from the Twin Towers. Other exhibits holds a timeline of the attacks, recordings from hijackers, passengers, and first responders, video footage of the attacks, and wrecked emergency vehicles like fire trucks and ambulances.

The World Trade Center is arguably the most important historical sight that is still used today by New Yorkers for economical purposes. The area gained global attention when attacked on 9/11, and gained controversy when the decision to build the One World Trade Center, the sixth tallest building in the world. The center remains a site that symbolized globalization and America's economic power and prosperity. Many people believe the elevation of the One World Trade Center is targeting the area for further destruction, but since 2014 the Financial District has boomed, and many Midtown Manhattan corporations are relocating downtown. The site also has historical significance because of its saddening past and the construction of the 9/11 memorial. We intend to focus our project on the site's history and how it has affected the tourist and shopping area we know today.