Beartown State Park is a 110-acre state park located on Droop Mountain. Droop Mountain is located in Pocahontas County, seven miles southwest of Hillsboro, West Virginia. The park is known for its rock formations that draw visitors from all over each year to marvel at the spectacle. A boardwalk was constructed to allow visitors an easy access directly up to the rock formations. The park is open from April-October, with the availability to schedule a visit outside seasonal hours.

Boardwalk in the fall 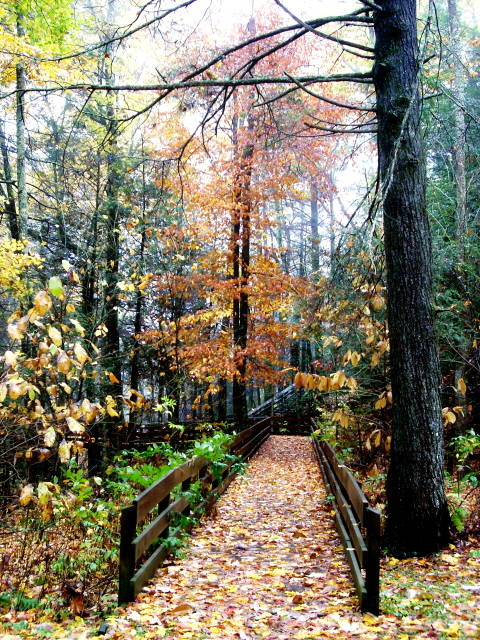 Boardwalk that goes through the park 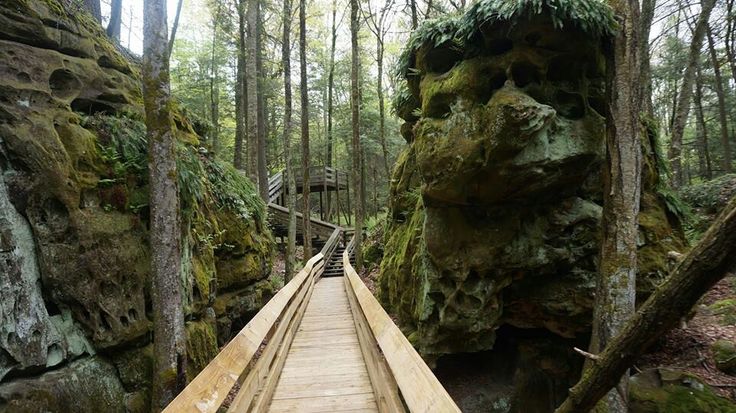 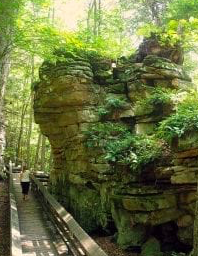 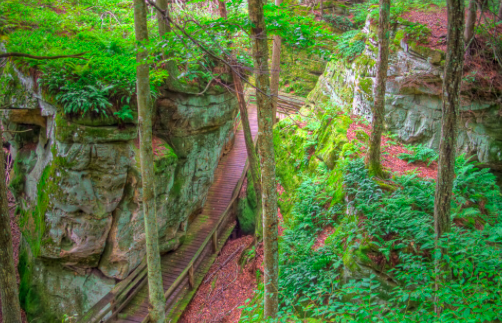 Beartown State Park best-known for its peculiar rock formations that make it unique. The rock formations are made out of Pottsville and Sandstone that have eroded due to natural factors giving them their shape. Many of the rocks have pit-like cavities that are due to erosion. The park is open to visitors of all sorts to enjoy a day out in the wild.

Beartown State Parks origins can be traced back to its creation in 1970. Through the funds from Nature Conservancy, and a considerable donation from Mrs. Edwin G. Polan, in the memory of her son, Ronald Keith Neal, who perished in the Vietnam War. The name Beartown originated from local residents who believe the cave-like formations of the rock would be a suitable den for Black bears. From above, the narrow divisions in the rock give off a pattern that reminded locals of streets going through a small town.

The state park has restricted the amount of development throughout the park to preserve the beauty of nature. However, the park has basic facilities, and a large boardwalk that brings visitors right up to the rock formations. There are also signs throughout the park to guide visitors. The park is open from April to October each year, although off-season access is permitted by appointment.