The Wreck of the Steamship Madison

The Suwannee river is a wild Blackwater river that runs from southern Georgia all the way to Suwannee, Florida, where it empties into the Gulf of Mexico. Located on the Suwannee River outside of Branford, Florida, is the Troy Spring State Park, a popular tourist destination idyllic for snorkeling, hiking, or enjoying one of Florida’s 33 first magnitude springs. At the bottom of the spring near Troy Spring State Park, however, is the famous wreck of the steamship Madison. For decades, the presence of this wreck baffled locals and historians alike, though Civil War legends give some speculation regarding this underwater mystery. The legends state that the shallow-draft Madison could navigate higher up the Suwannee than any other steamer on the river. Built in 1850, the Madison was owned and operated by James M. Tucker, an advocate for using the Suwannee as a transportation artery through central Florida. When the Civil War broke out between the states in 1861, the Madison was used to carry corn and other supplies to the river port town of Columbus, where trains would then move the supplies to Confederate troops throughout the south. Tucker joined the Confederate Army in 1863 and tasked three men, E.J. Davis, Jonathan Caldwell and Joab Ward, to care for the steamship. As the story goes, due to the threat of Union Capture, the three men scuttled the Madison in Troy Spring. Many believe that the Madison was meant to be retrieved from its hiding place, but it has remained in its underwater grave every since. Nowadays, divers, snorkelers, and swimmers can clearly see the ribs of the Madison along the spring floor. The wreck of the steamship Madison is just one of the (at least) 10 steamships found at the bottom of the Suwannee, three of which are accessible to divers. Despite the chance to see a wrecked Civil War-era steamship, the Madison pays tribute to the history of river transportation that was essential to not only the South during the Civil War, but also to the growth of Florida as a modern state.

Confederate steamship at Pensacola during the Civil War. 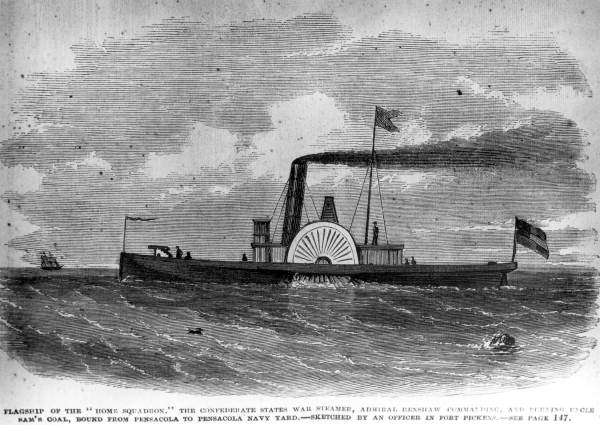 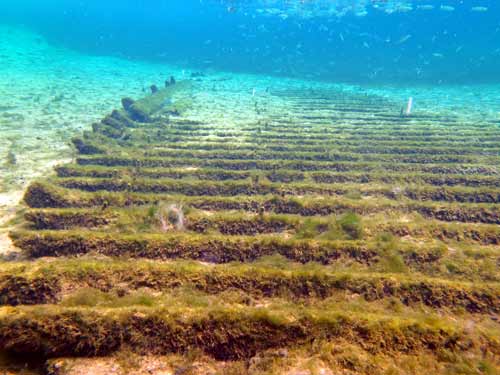 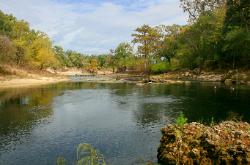 Depiction of a river steamboat around the 1850s 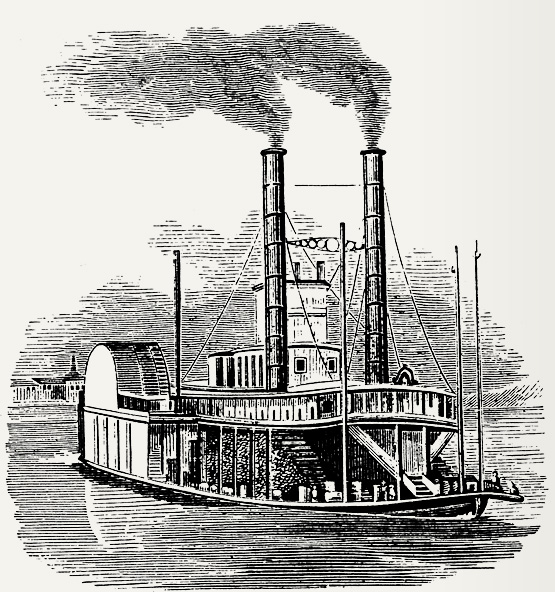 History of the Steamship Madison

The Madison was only one of the many steamboats traversing the Suwannee River in the mid-19th century. As the Suwannee passed by many towns from the Okefenokee Swamp in southern Georgia to the Gulf of Mexico, steamers were critical for the delivery of supplies, mail, and luxury goods to more of the backwoods areas of Florida.

Confederate pension records show that James Felix Tucker was born near Louisville, Kentucky, in 1840, and according to both records and tales, after Tucker’s father’s death, the young boy traveled on steamships down the Mississippi, eventually making his way to Madison County, Florida, in 1852. Historical records also show that Tucker owned the Madison, and that in his teenage years, Tucker obtained a larger-than-life reputation on the Suwannee. He is also credited with opening up river traffic to the popular resort area at White Springs.

At the onset of the Civil War in 1861, the Union Navy imposed a blockade on ports, which gradually eliminated any steamboat traffic on coastal rivers. Tucker and converted the Suwannee into a port running the Union Blockade. Steamers, schooners, and sloops heading to the ocean were often coming up the Suwannee to pick up cotton, timber and commodities while dropping off gunpowder, weapons, medicines, and other supplies.

Although the Apalachicola River was larger, the Suwannee crossed the railroad lines, increasing the river’s importance for transporting supplies. Steamers like the Madison carried corn and supplies to the river port town of Columbus, where the cargo would be put on trains and sent throughout the Confederacy. Tucker’s service record shows that he joined the Confederate Army in 1862, though legends say that he ran the Madison up the Suwannee until 1863.

In 1863, Confederate Brigadier General Joseph Finegan reported that there were four steamers operating on the Suwannee, and historians speculate that the Madison was one of them. However, by December of that year, fighting was getting much closer to the Suwannee, and the Union Navy clamped down on its blockade of ships on the Suwannee. Vessels increased their patrols, and the Navy captured the steamboat, Little Lilly, at the mouth of the river. Tucker, who wanted to save his steamer, had it scuttled. Likely, the crew nosed the Madison into the spring run at Troy Springs and pulled open its plugs. Tucker may have intended to recover the steamer at the war’s end, but by 1865, scavengers had removed much of the steamer’s internal workings and machinery.

Archeologists have recovered one of the plugs removed from the Madison, and there is little doubt that it was sunk intentionally. Whether the boat is actually the Madison, however, is still a mystery. One piece of evidence is the size of the ship and the size of the ruins, as the wreckage measures about 89 feet long, while the Madison was about 125 feet long. This could be the cause of a missing stern or general erosion.

Archeologists are yet unable to find definitive proof that the wreckage at Troy Springs is the Madison.

Park is open year-round from 8:00 am until sundown.