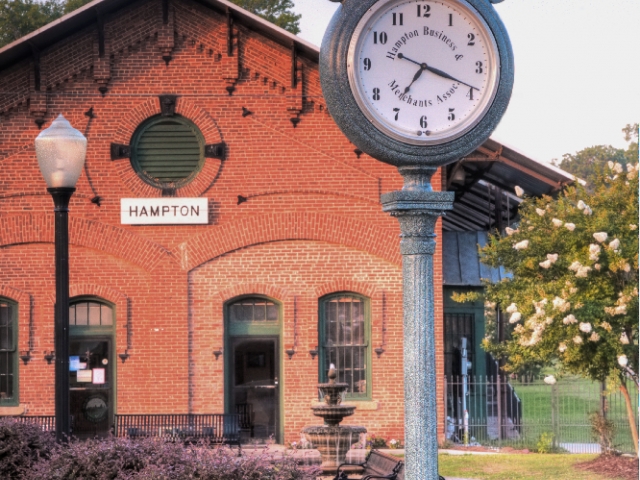 The city of Hampton had the only train station in Henry County from 1846 until 1882, and thus experienced a significant boom. Cotton warehouses, a hotel, and many elegant homes were constructed, and Hampton became a focal point for the cotton industry.

The Hampton Train Depot was completed around 1881, after the previous, wooden depot was deemed to be too small. It is believed to have been designed by Augustus Schwaab, a German immigrant noted for his work in Savannah, Georgia. The old depot was later moved to Griffin, GA.

Architecturally unique, the depot has an brick construction of the American bond pattern and ornate brick details, which differ significantly from other depots of the period. The Hampton Depot also included a warehouse for cotton in the same building as the passenger area; other cities had separate cotton market buildings.

The last year that Hampton had passenger rail service was 1957.