3,000 onlookers, including Charles Lindbergh and Henry Ford, watched the first flights take off from Port Columbus Terminal on July 8, 1929. The flights were part of a train-plane route from the east coast to the west. Despite economic troubles early on due to the Great Depression, the airport became successful by the time it was used by the U.S. Navy in World War II. This terminal remained in use until Port Columbus built a new one in 1958. Today, local preservationists are working to raise funds for the renovation of an abandoned building on the property. 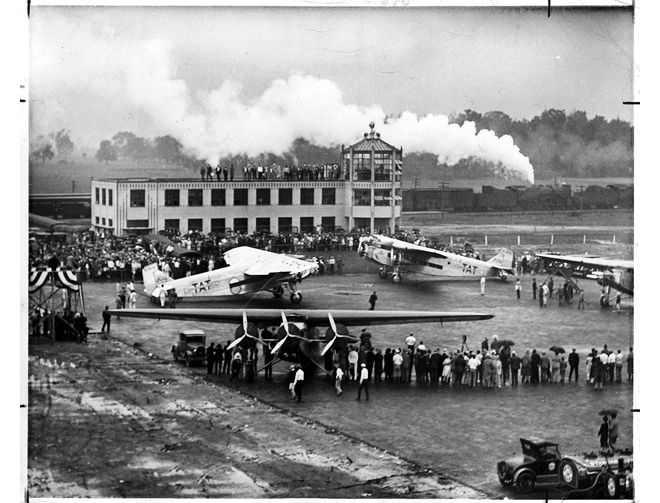 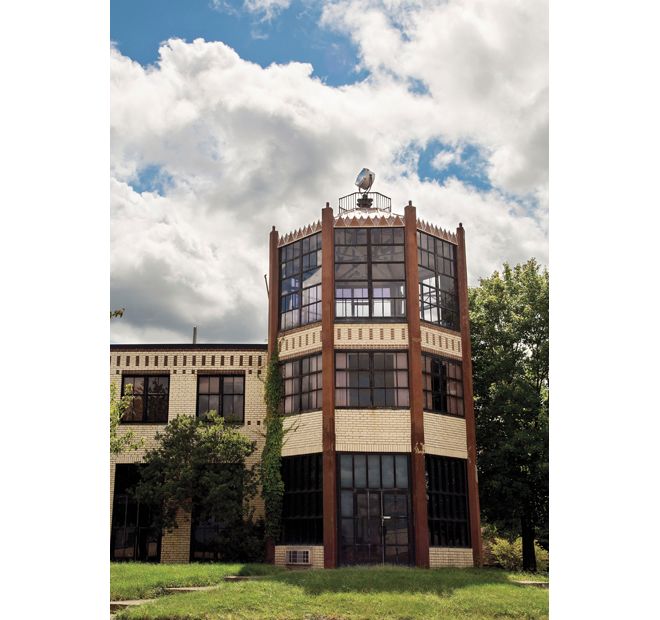 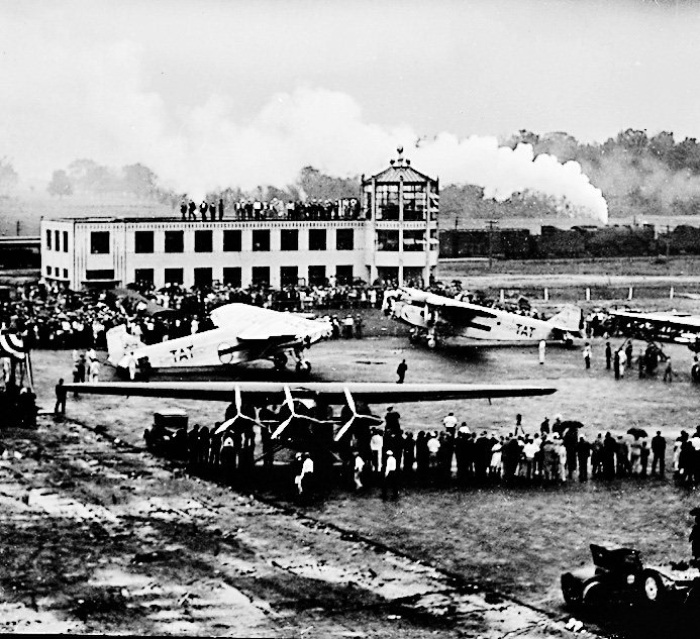 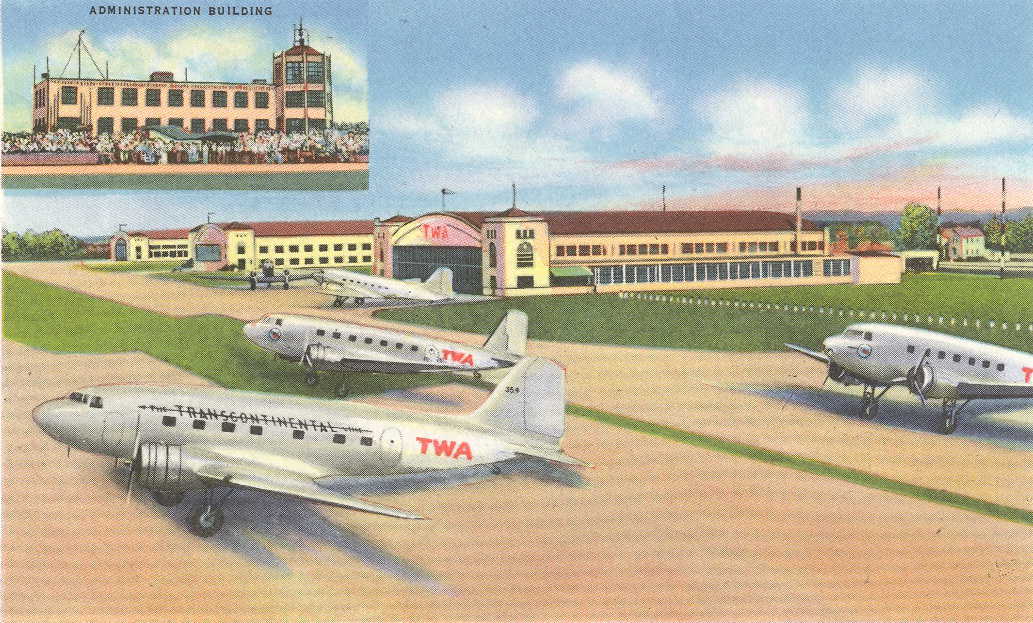 The first flights from the Port Columbus Terminal were two Ford Trimotors carrying nineteen passengers, including Amelia Earhart, westward on July 8, 1929. The terminal was designed by the Allied Architects Association, and its location was chosen by Charles Lindbergh himself. The inaugural flights were a part of the Transcontinental Air Transport line, also known as the “Lindbergh Line.” Travelers would come to Columbus by train, then fly to Oklahoma before boarding another train to take them to their final destination, such as Los Angeles. In 1930, the TAT merged with Western Air Express and eventually became World Airlines.

When the Great Depression hit shortly after its grand opening, the Port Columbus Terminal began to lose money. The merger with Western Air Express helped turn things around, as did the arrival of mail service in 1930, and a contract with the Curtiss-Wright Corporation in 1940. By 1940, about fifteen flights landed at and left the airport each day. During World War II, the U.S. government took over the airport and established a Naval Air Facility there, which meant adding new buildings and lengthening the runways to 8,000 feet. The Port Columbus Terminal remained in use until a new terminal opened on September 21, 1958.

The Art Moderne-style building on the Port Columbus Terminal site has been abandoned since 2008. Because of preservation efforts, though, it was saved from demolition. In 2015, the Heartland Bank made a move to restore the building and use it for office space. However, due to the technicalities involved with purchasing historic properties and airports, the plans fell through.