Founded in 1972, the Huxford-Spear Genealogical Society is one of the largest privately owned libraries in the country. Located in the local municipal building, it contains thousands of books, microfilms, documents and other genealogical records and houses several personal collections. It was founded by Clinch County Probate Judge, Folks Huxford, who gathered friends over one day to discuss forming a genealogy society. He had been interested in genealogy since he was young, traveling around the county and collecting the stories of pioneer families. He wrote a four volume work titled "Pioneers of Wiregrass Georgia" using the information he had gathered over the years. As a result of this work, he was named a Fellow by the American Society of Genealogy. Another person interested in genealogy, Elmer Spear, who lives in Madison, Florida, started collecting materials in the 1980s. In 2009, he suggested his large collection merge with Huxford's in order to preserve what he collected.

The Huxford-Spear Genealogical Library is located in the city's municipal building. 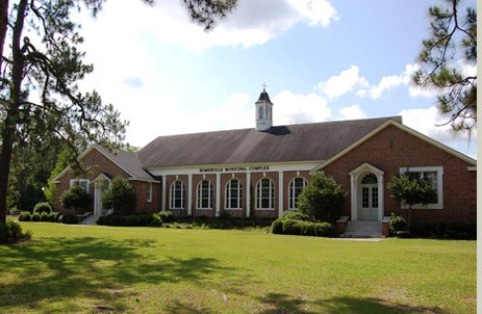