The U.D.C. Memorial Window in William Stanley Hoole Special Collections Library was originally located at the original site of Amelia Gayle Gorgas Library, now known as Carmichael Hall, and where Gorgas Library stands today before being moved to Hoole in 1993. The window was presented to The University of Alabama in 1926 by Tiffany Studios in New York. After a very rowdy dedication ceremony, the window was unveiled to the university community, U.D.C officers and the Confederate veterans in attendance. 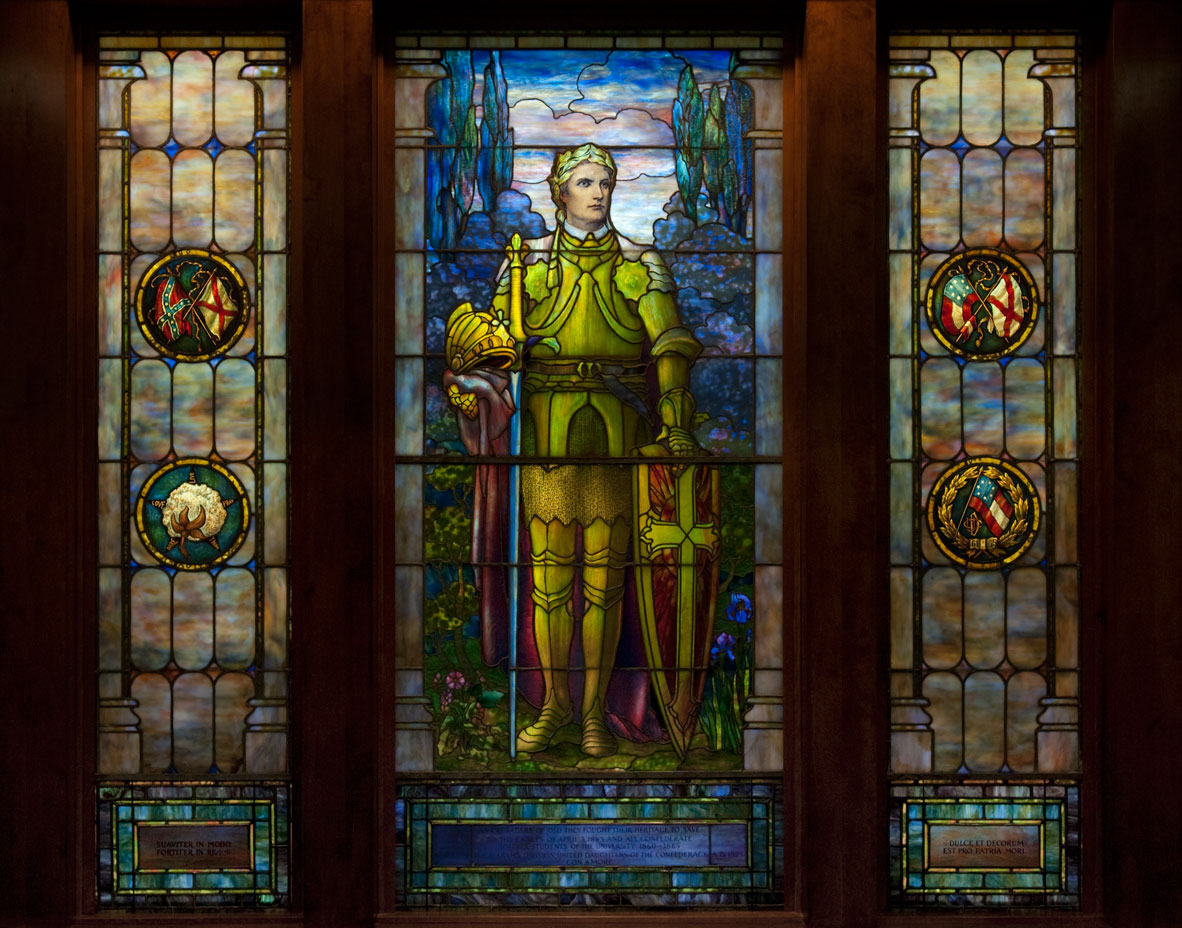 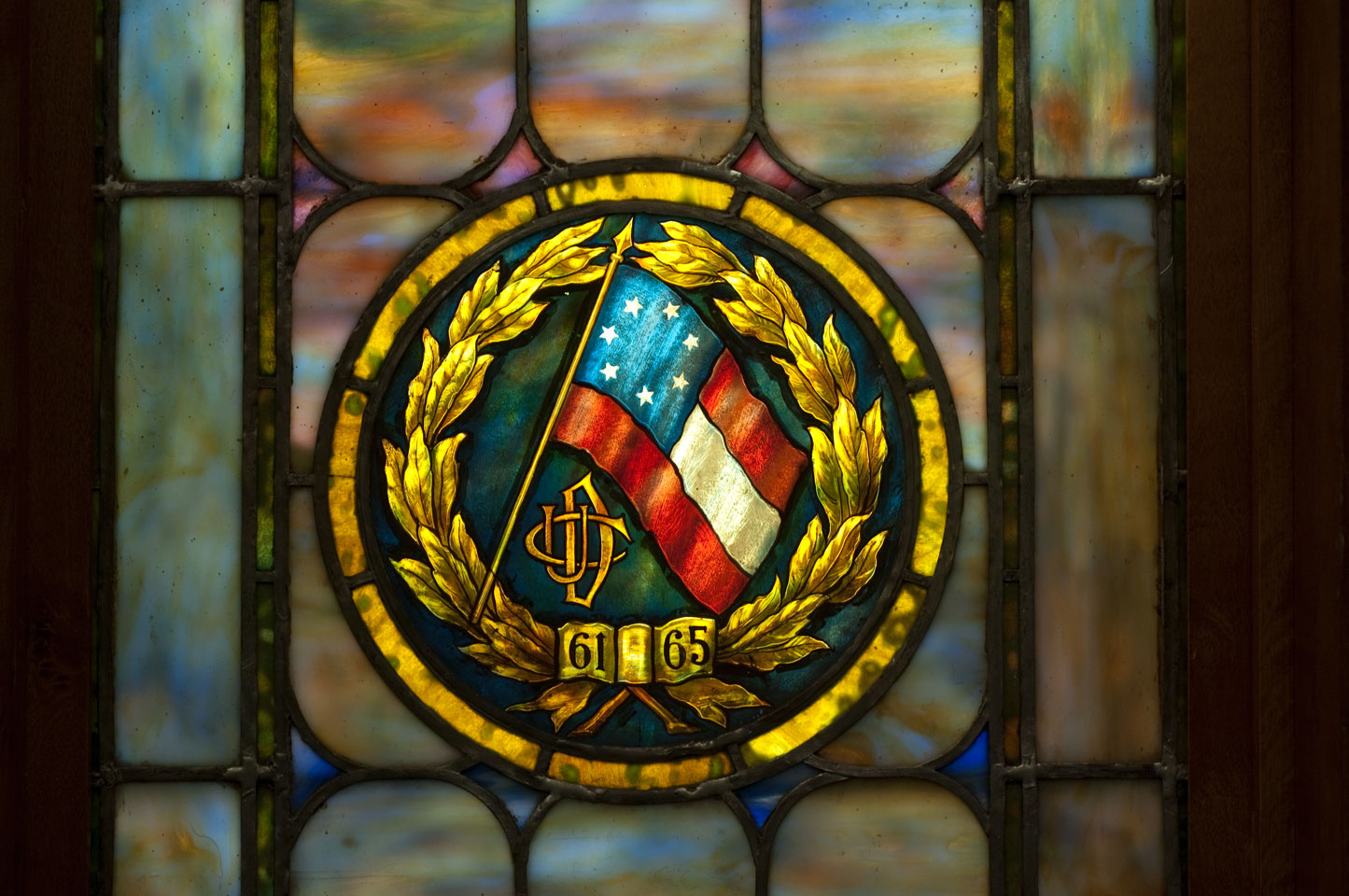 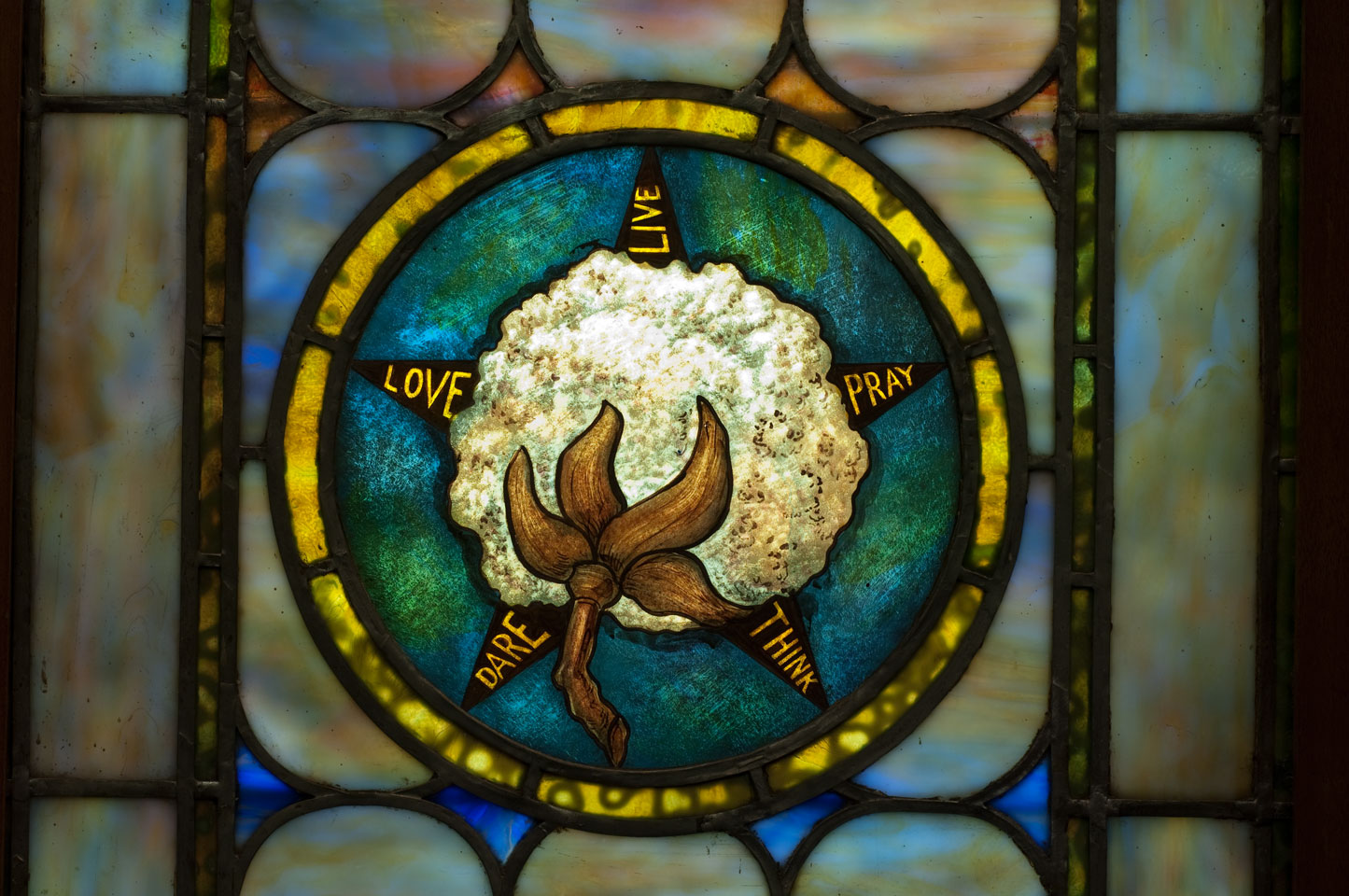 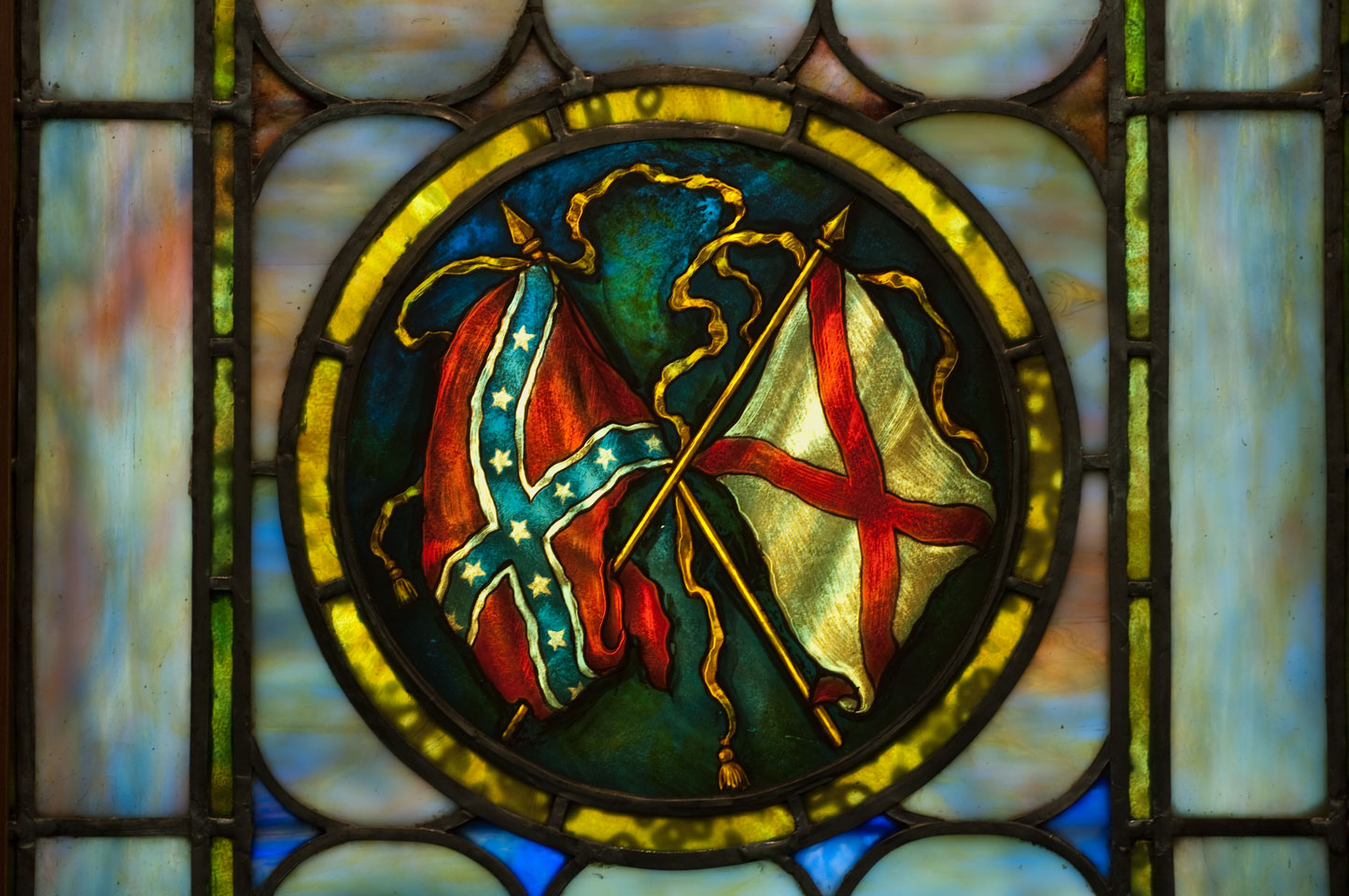 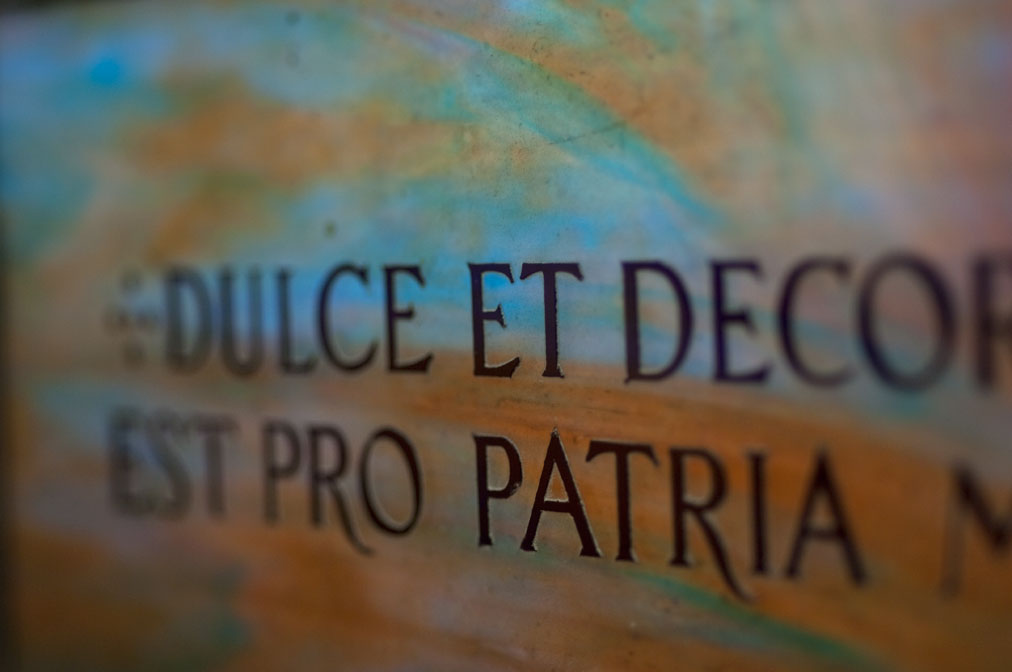 Installed 60 years after the burning of The University of Alabama's campus on April 4, 1865, the UDC Memorial Window was designed by Tiffany Studios in New York in 1925 and commissioned by the Alabama Division of The United Daughters of the Confederacy a year later. The window itself boasts various types of construction techniques and glass including: painting glass, plating, drapery glass, mottled glass and confetti glass. Inscribed on the window is "Dulce et decorum est pro patria moi," which translates to "It is sweet and noble to die for one's country. It also has an inscription that reads, "As crusaders of old, they fought their heritage to save." The window, representing the Lost Cause, showcases Confederate battle flags and imagery of cotton. The overall cost of the stained glass window was $5,000. However, Tiffany Studios gave the U.D.C. a $1,700 discount on the piece.
The dedication of the "Christian Knight" represented the climax of the "Lost Cause" in Alabama. The ceremony took place in front of where the window was showcased, Amelia Gayle Gorgas Library, which is now known as Carmichael Hall. The dedication drew an audience consisting of members of the university community, Tuscaloosa patrons, Officers of the U.D.C. and seven of the Confederate veterans that were University of Alabama cadets on campus in April 1865. B.B. Comer, former governor and UA cadet, gave a speech. The crowd sang songs such as "The Bonnie Blue Flag" and "Dixie," after which "They leapt gallantly to their tottering feet and the old, wild rebel yell rose lustily, terribly from their feeble throats."[1]
In 1939, the U.D.C. Memorial Window was taken down and relocated to the new Amelia Gayle Gorgas Library where it was until 1993, when the stained glass knight was relocated to the William Stanley Hoole Special Collections Library located in Mary Harmon Bryant Hall.