You are vieweing item 2 of 7 in this tour.

The John Ward House is a historic tenant farm house from the early eighteenth century, located in front of what was once a family farm. It is named for the Reverend John Ward, the first minister of the town of Haverhill, on whose property the house originally stood. The home is furnished with reproduction and teaching collection artifacts that can be handled by visitors. The 19th-century hearth is fully functional and used for hearth cooking demonstrations. 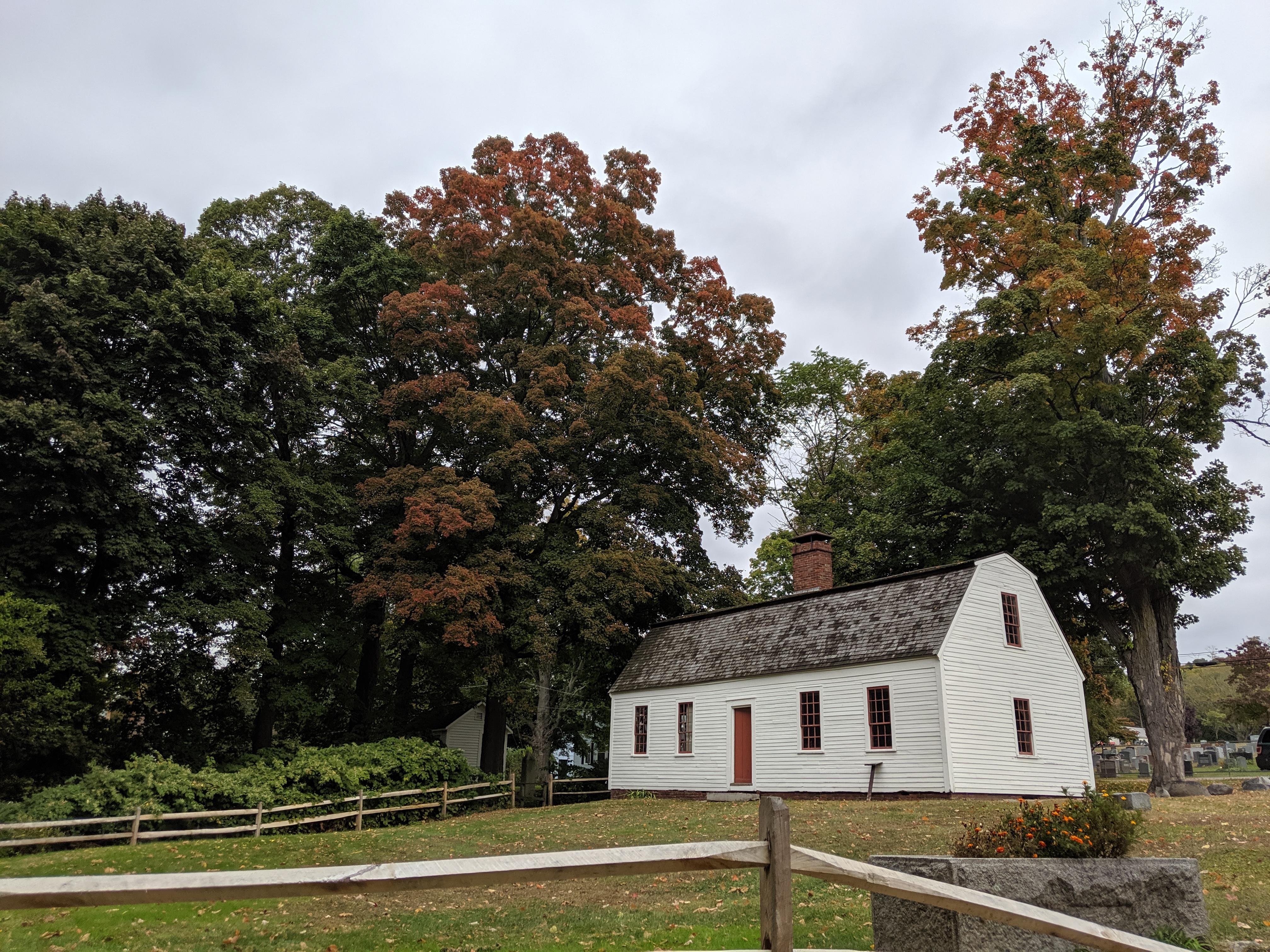 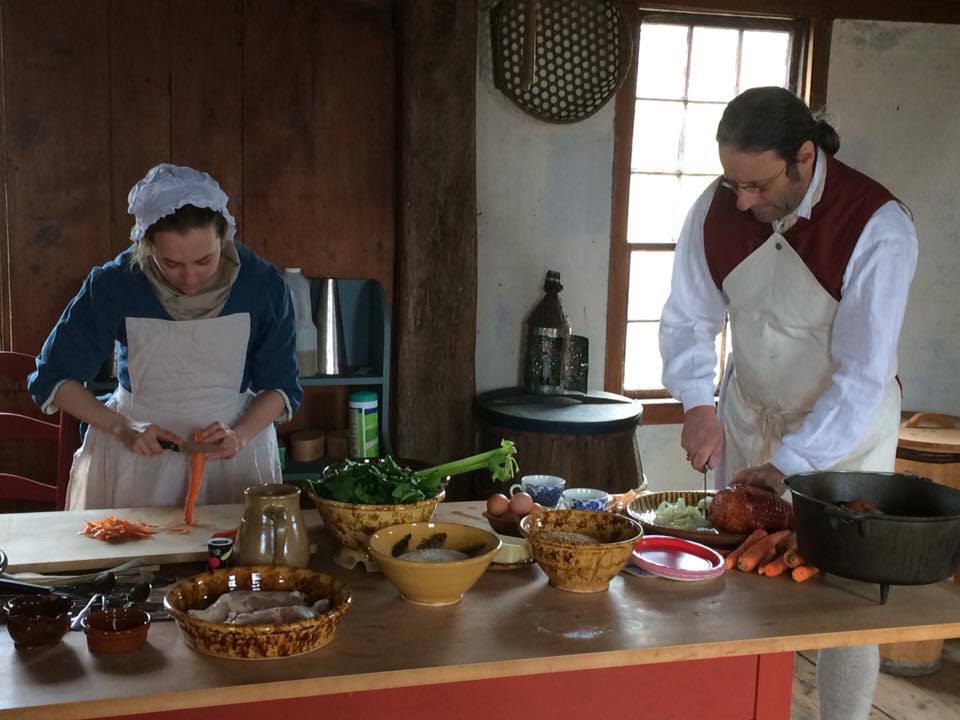 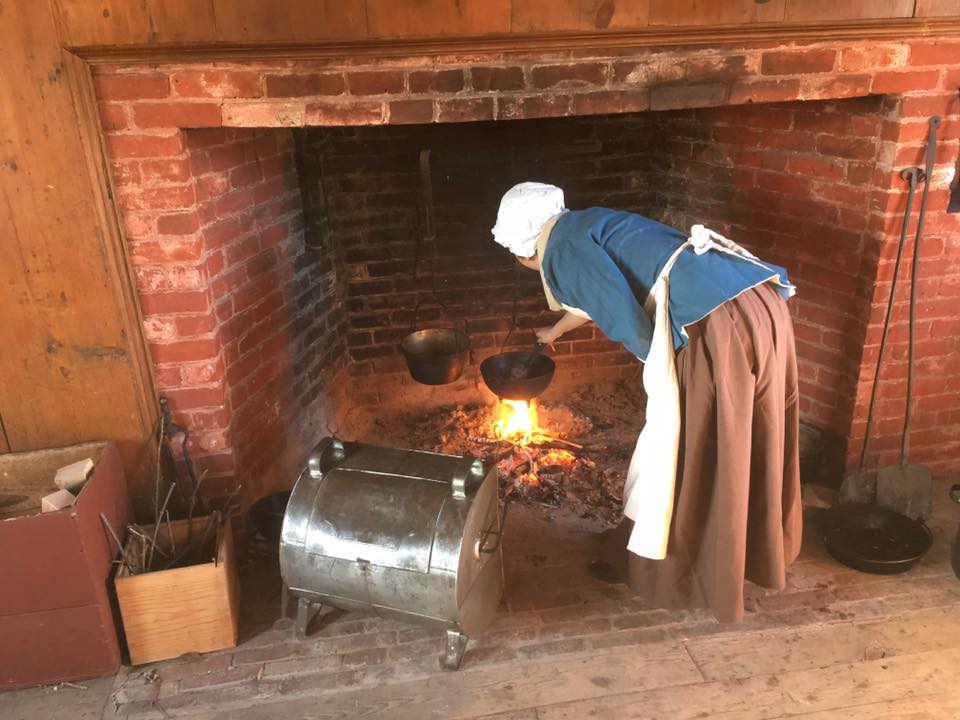 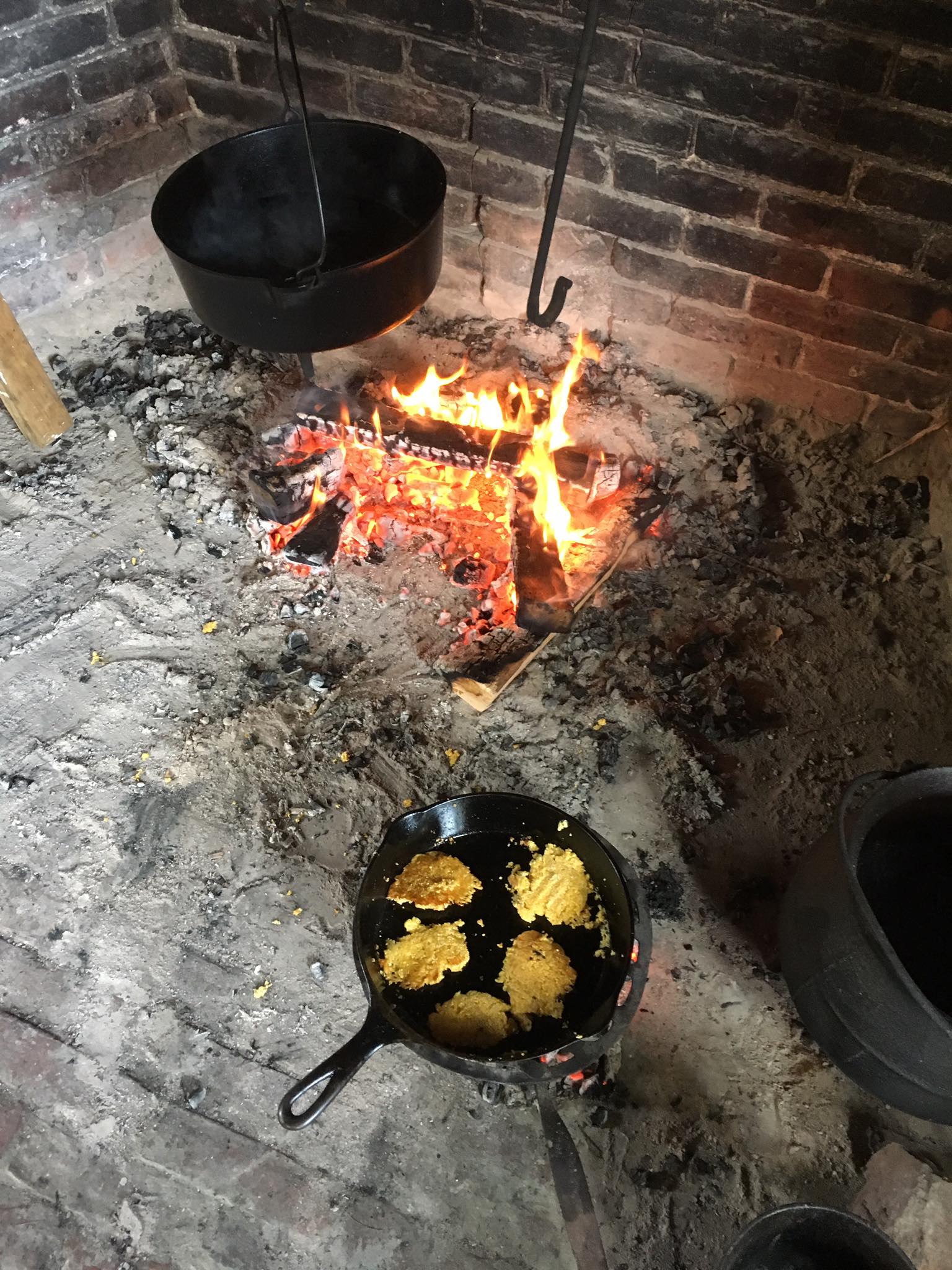 This house is named in honor of the Reverend John Ward and stood on his farm land, though he did not live in it. Recent research dates the house to about 1710, while Ward died in 1693. Prior to that research, the house had been believed to be several decades older. This house would rather have been a tenant farm house for the people who worked the Ward family's land. The cemetery land on the opposite side of Ward Street from the house (Linwood Cemetery) was once the farmland of this property. The house was originally located at other end of the cemetery and was moved here in 1906.

The original 1710 section of the house is just one room; the other half of the house was added about a hundred years later, around 1810. Sleeping quarters would be up in the loft space (now second story), unless it was too cold and then they would have brought their mattresses down to be closer to the hearth. The hearth is the focal point of the room and would have been a part of most household chores. It is where meals were cooked, water was heated for bathing or laundry, and the main source of heat and light.

Much like modern cooking on a stove, hearth cooking is about temperature control. However, instead of turning the knobs on a stove to turn the heat up or down, this requires more work. First, they would light their main fire in the center. Then smaller mounds of coals could be pulled aside to create multiple cooking areas whose heat levels could be adjusted by adding or removing coals from the main fire. Hearth cooking methods included pots hanging from a crane directly over flames, dutch ovens covered with coals, frying pans on trivets over coals, and "tin kitchens" (reflective ovens with a spit to roast meat) placed facing the heat of the hearth.

A beehive oven is located behind a small wooden door to the right of the hearth. A cook could light a fire inside the oven and watch the bricks change color, from black to bright red to grey. At that point, they would scrape out the burning wood. Then, as the oven slowly cooled, they could put in a succession of breads, pies, biscuits, and finally a pot of baked beans that needed to cook low and slow.

In the second room on the first story, the ceiling is higher, there are sliding shutters on the windows, and the walls are plastered. At this point, when the addition was built in 1810, the family was doing better financially. The sliding shutters were for temperature control; by opening the southern windows in the winter but keeping the others closed, they could let in light and keep in the heat. Conversely, during the summer, they would open the northern windows for light but keep the brightly lit windows closed to keep the heat of the sun out. The room is set up for the museum’s use today for programs rather than for historical accuracy.

In addition to the farm chores outside and the food preparation and washing that took place in the kitchen, textile production through wool carding, washing, and spinning at a wheel would have also taken place in the home. Some families also had large weaving looms set up to weave the fabric of their clothes, bedding, and other needs. The rough fabric produced in colonial homes is sometimes referred to as "homespun" and it has a reputation for being not as fine or as well-made as commercially-produced fabrics imported from England in the 1700s.