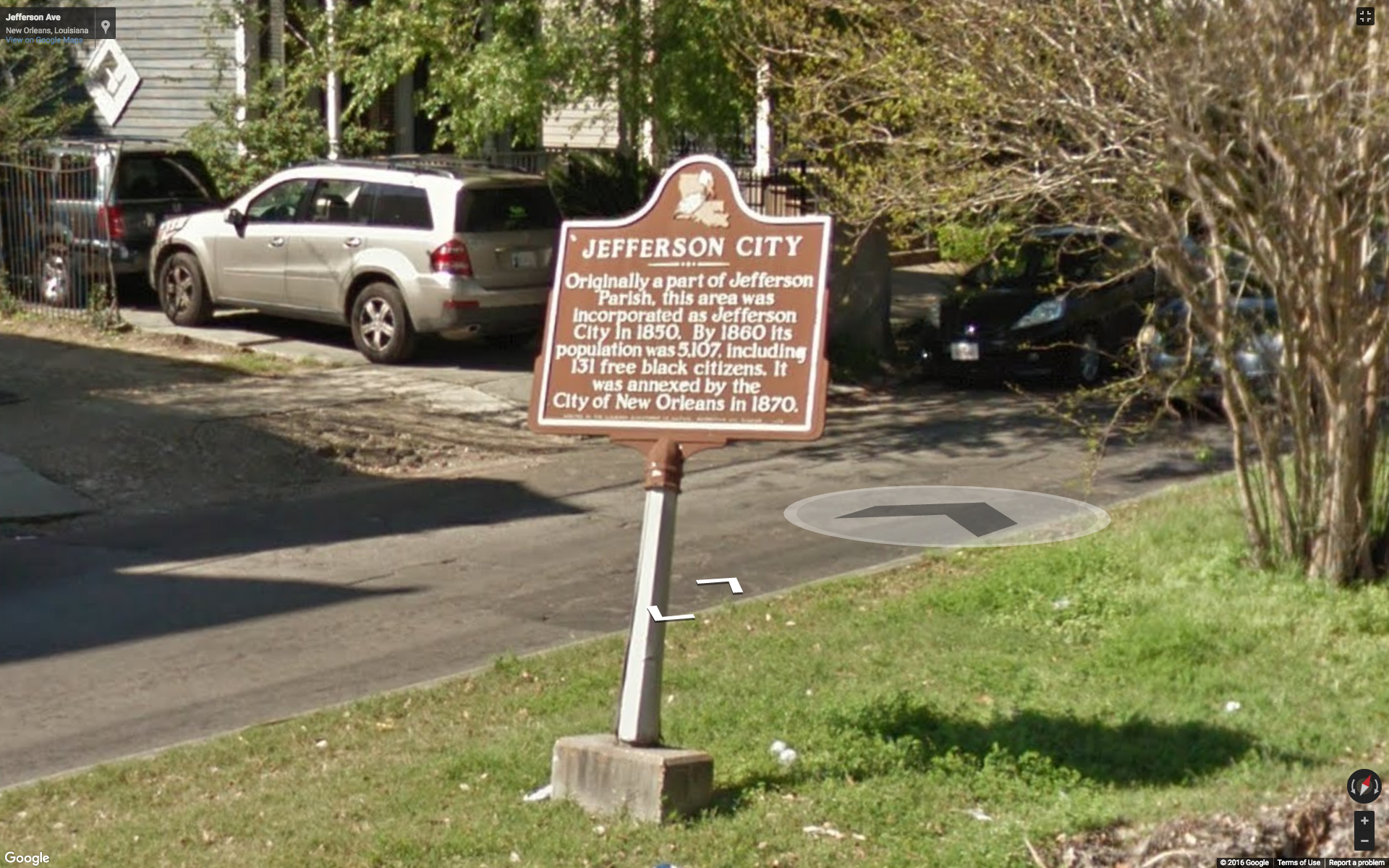 Before New Orleans was a city, the territory it now covers was incorporated into a number of different parishes. Jefferson Parish, which once extended west from Felicity Street to the St. Charles Parish border1, was founded in 1825 and named for Thomas Jefferson, in honor of his purchase of Louisiana from the French in 1803.2  Jefferson City, which covered the southern half of modern day New Orleans, was incorporated within Jefferson Parish in 1850. However, Jefferson City was slowly brought in to Orleans Parish and was finally annexed in 1870. By 1874 the entire city incorporated into Orleans, and the Jefferson parish boundary was set at its current limits extending from Monticello Avenue to the 17th Street Canal. 3
The area was originally settled in the 16th century by the French and Spanish, and  consisted mostly of plantations, due to its proximity to the river. In 1829 it was purchased by Louis Bouligny4 who intended to develop as a neighborhood. He hired engineer and surveyor Charles Zimpel to organize the area and lay out its streets. The streets were later named by the surveyor of the city of Lafayette, Pierre-Benjamin Buisson. Because of Buisson's background as an artillery officer in Napoleon's Grand Armee, the area was divided by Napoleon Avenue running north to south and others after famous Napoleonic battles5. Eventually the New Orleans and Carrollton Rail Road company established a presence here and built a rail car barn at Nayades Street (now St. Charles Avenue) and Napoleon Avenue.6
Jefferson City still maintains a distinct identity with a variety of neighborhoods, divided by their proximity to the Mississippi, each with its own feel and personalities. In 1890, only twenty years after Jefferson City was incorporated into New Orleans proper, the Jefferson City Buzzards were founded. This club represents Jefferson City during Carnival Day and still parades today.7