Bought from the Episcopal Church in 1950, the John F. Kennedy Interfaith Chapel on the University of West Georgia campus in Carrollton was originally the parish church for the Our Lady of Perpetual Help Catholic community. It was located on White Street before it was moved to the current campus location in 1964 and named for the late president John F. Kennedy. 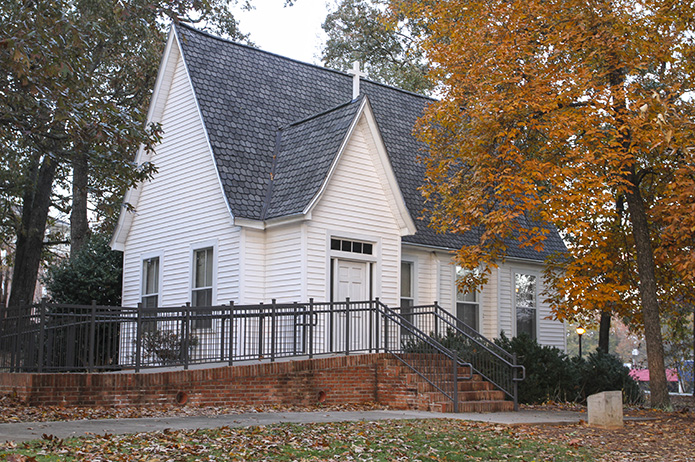 A marker in front of the Kennedy Chapel on the University of West Georgia campus signifies the occasion of Robert Kennedy’s 1964 presence at the groundbreaking for the chapel. Photo By: Michael Alexander 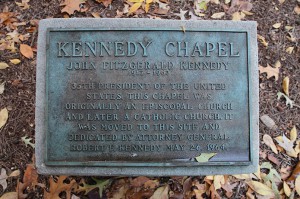 The building first served as an Episcopal church beginning in 1893 and then as the first home of Our Lady of Perpetual Help in 1953. The building today is an interfaith chapel serving different groups on campus and is available to the campus and broader community for rent.

This small building was memorialized as the JFK Chapel after the president’s assassination in November 1963. Students voted to rename it in his honor. Robert F. Kennedy, brother of the slain leader, accepted an invitation to the 1964 memorial event. The chapel building, which dates to 1893, was moved to the campus that year, donated by Our Lady of Perpetual Help.

Robert Kennedy’s remarks given on the day of the dedication of the John F. Kennedy Interfaith Chapel promoted the Civil Rights Act of 1964, which was then being debated in the United States Senate.