The Administration building was constructed in 1934 to house the New Deal federal agencies which managed the newly formed Arthurdale experimental community. The Admin building is our main museum, and you can purchase tickets in the Craft Shop. Just past the Admin and Forge buildings, is our Chestnut Tree Orchard.

The Administration building in the early 1940s 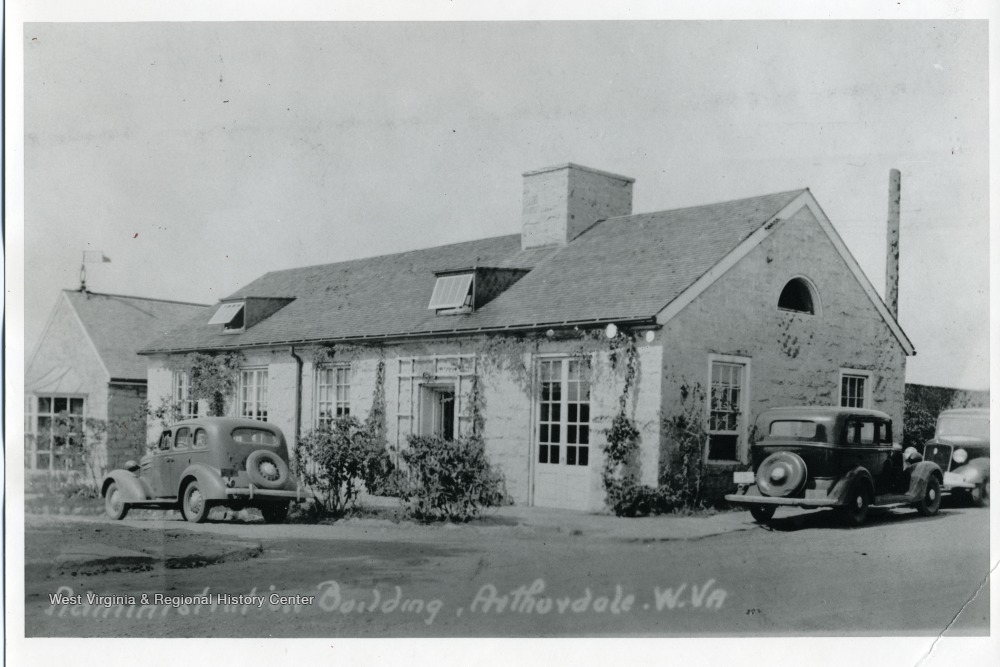 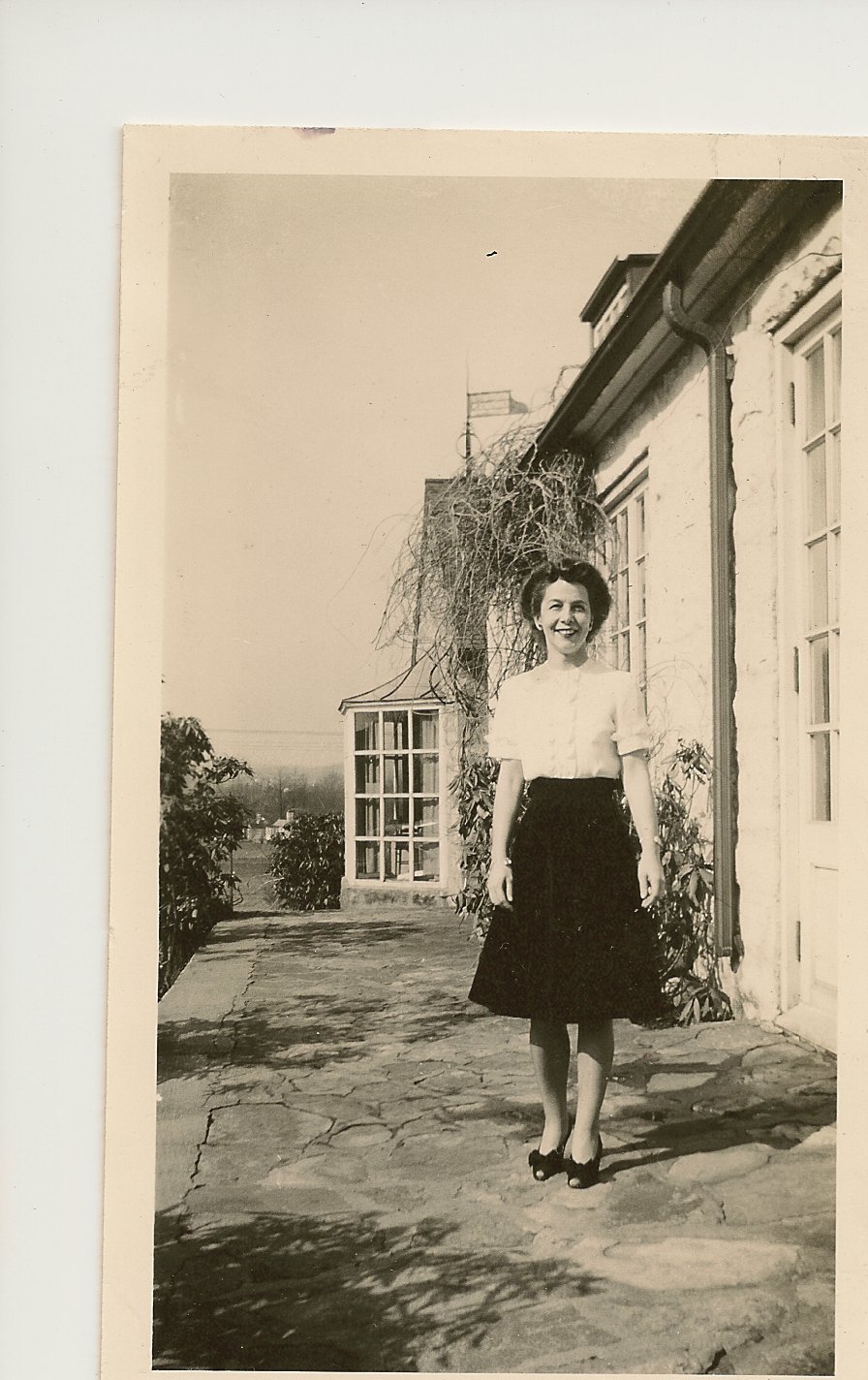 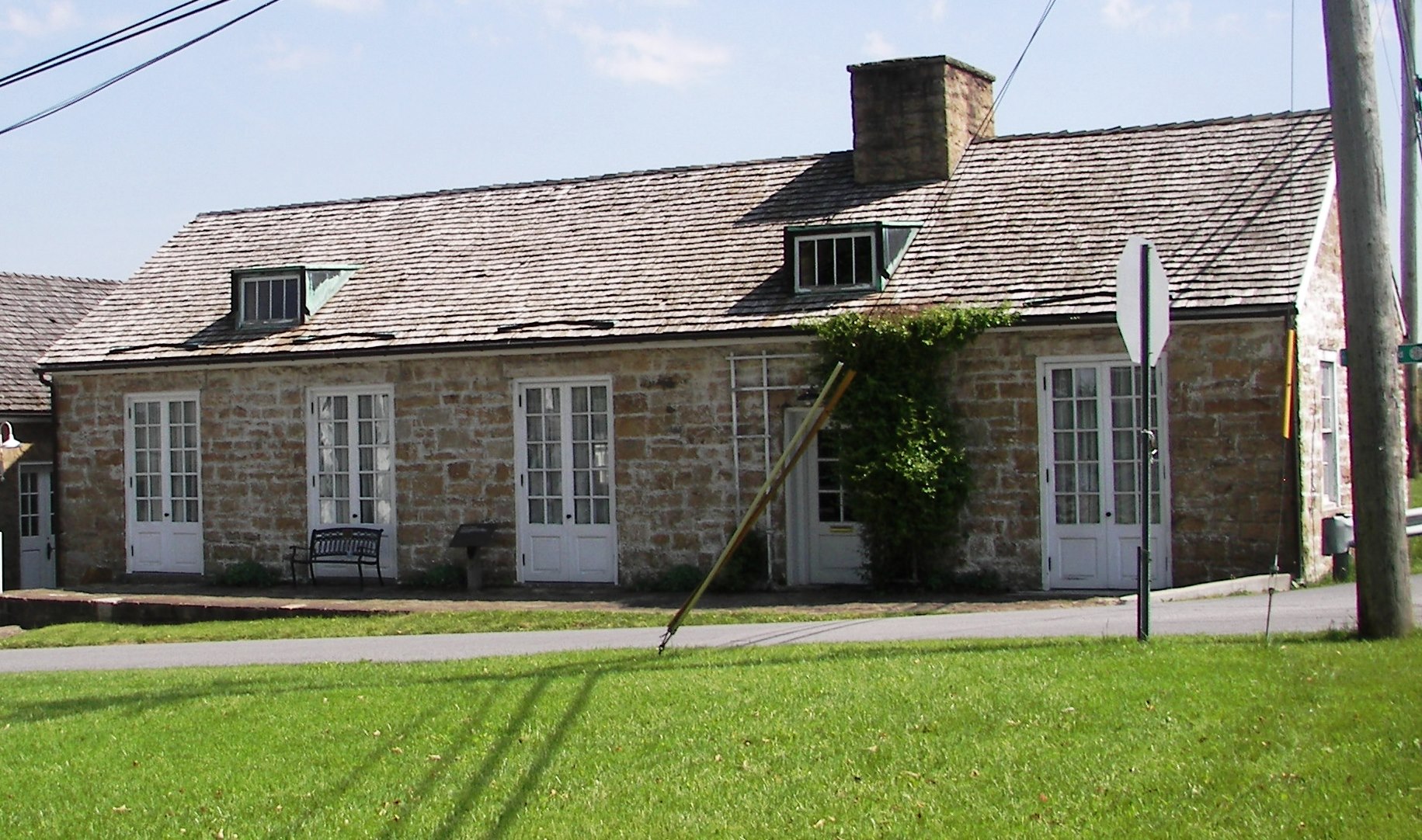 Mildred Robey at work in Admin in the late 1930s 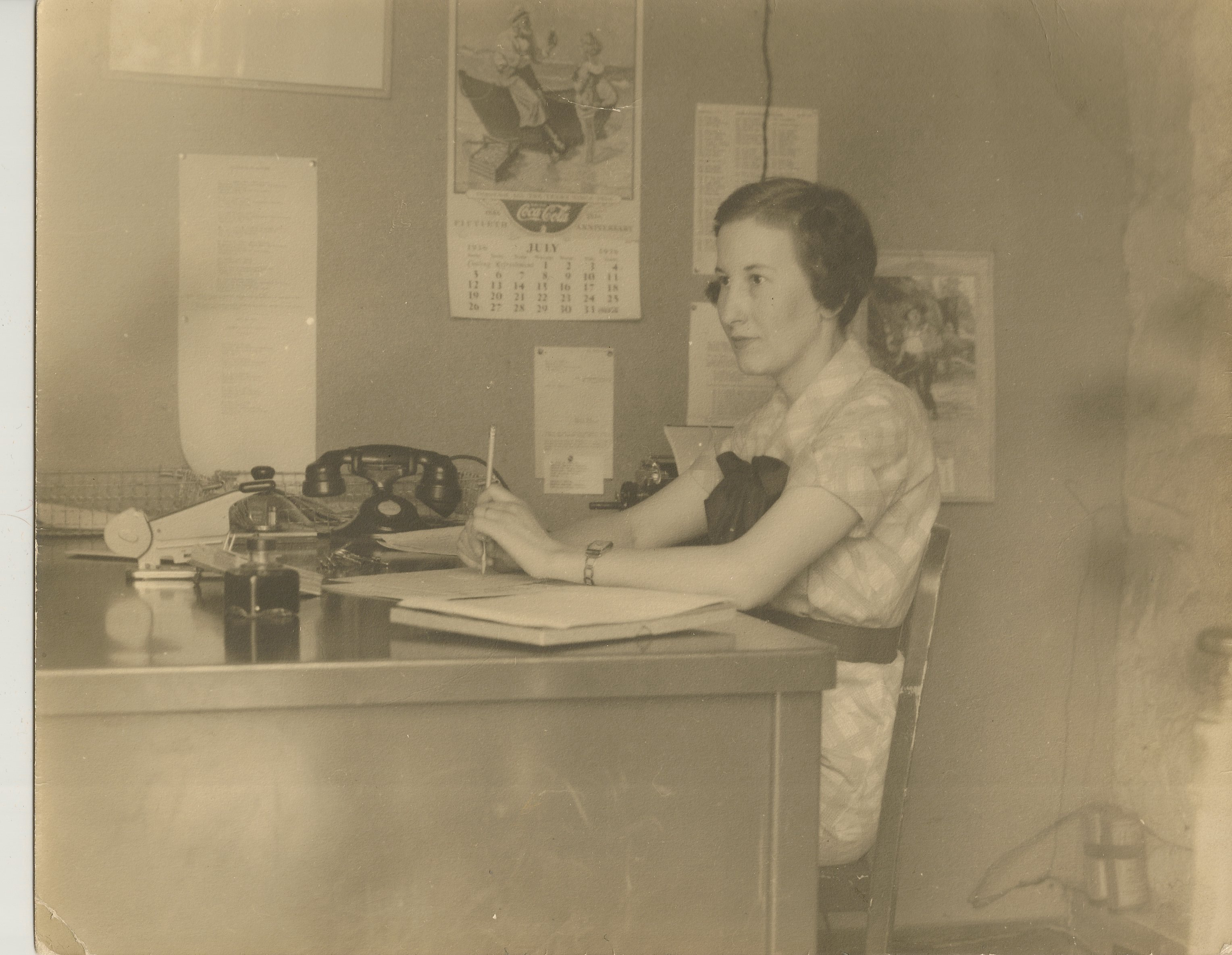 The construction of the Administration Building in 1934 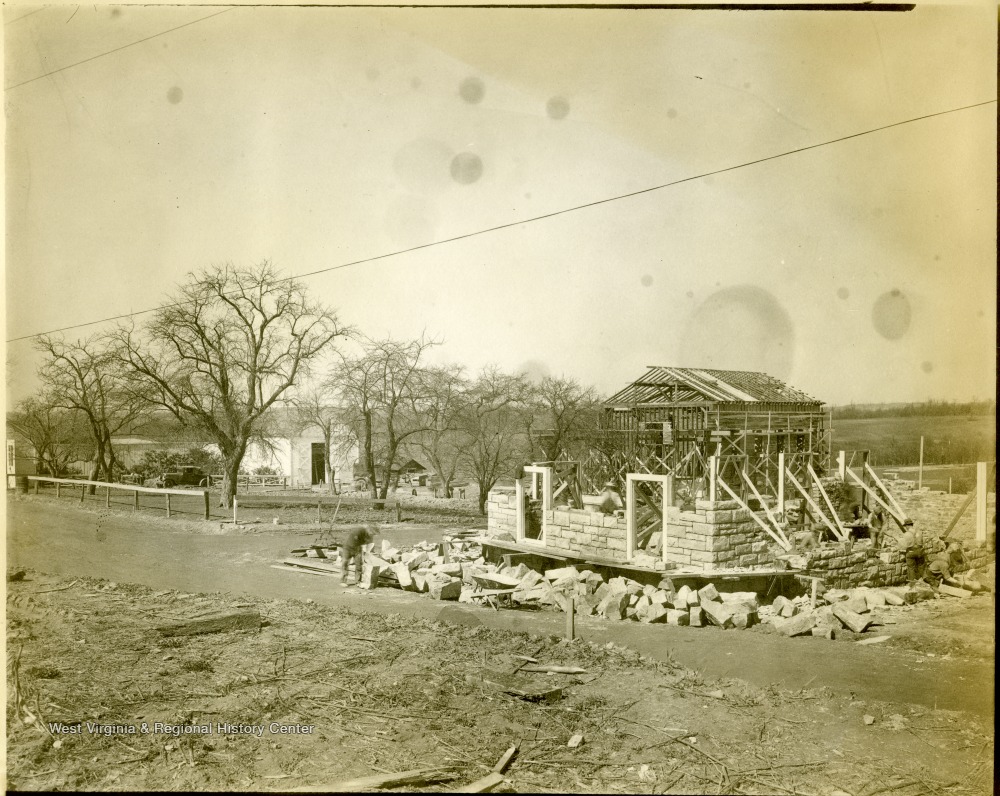 Builders setting the foundation of Admin - note Arthur Mansion behind it 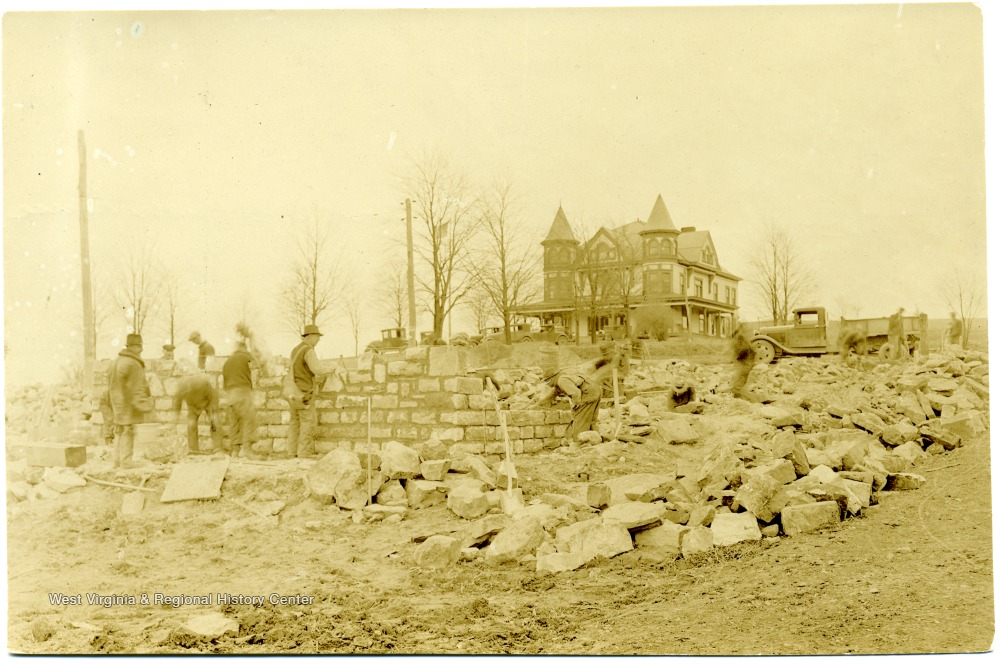 Administration Building (right) where Route 92 and A Road intersect 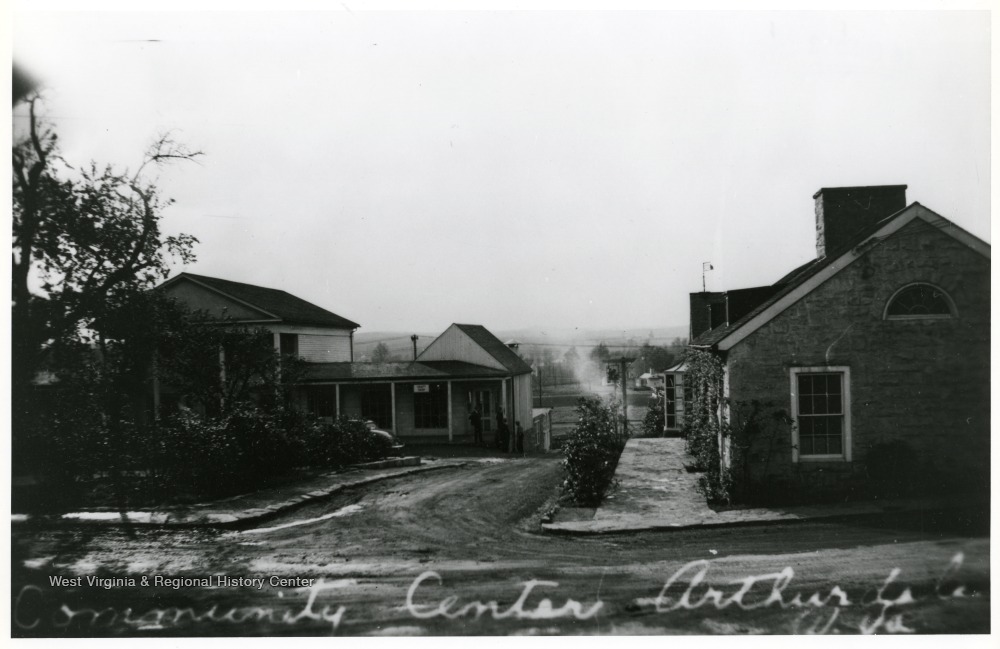 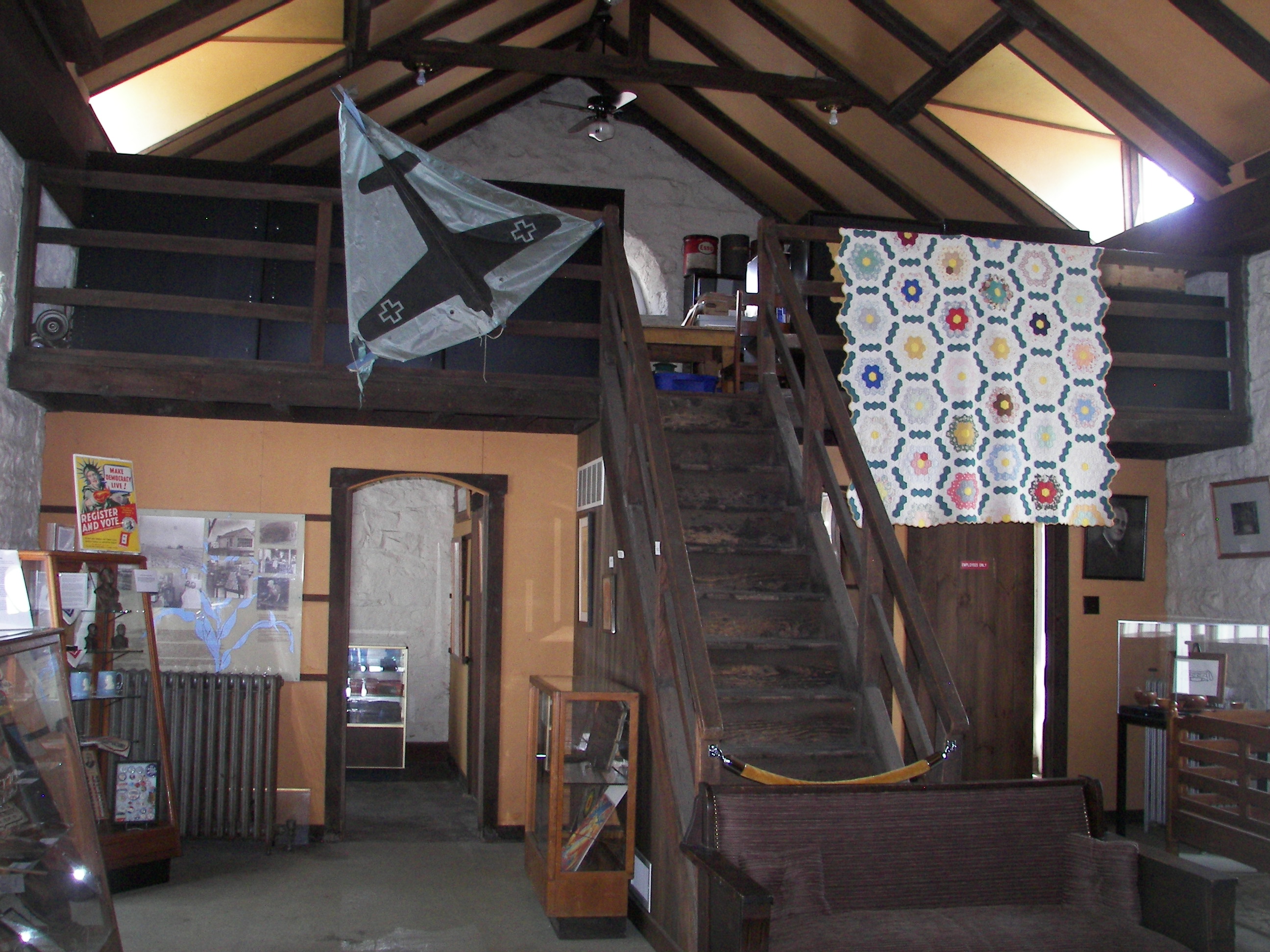 Admin During Restoration in the late 1980s 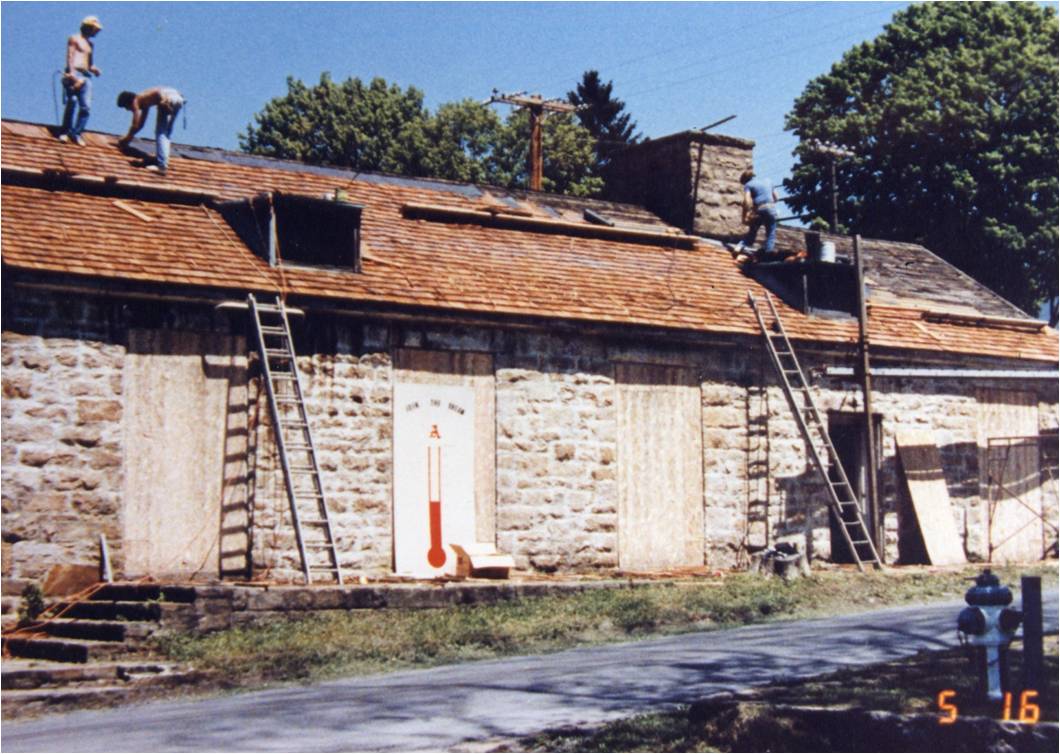 The Administration building was constructed in 1934 to house the New Deal federal agencies which managed the newly formed Arthurdale experimental community. First was the Subsistence Homestead Division, created in August of 1933, and it ran Arthurdale until its end in 1935. Then the newly formed Resettlement Administration took over until 1937, ending just after the last houses were built. The last supervisory agency was the Farm Security Administration which was in charge until the homes and other buildings were sold into private hands in the mid-1940s.

Going down A Road, on the right, you will see our Chestnut Tree Orchard, which is part of a project to restore the American Chestnut.