Anne Hennis Trotter Bailey (1742-1825) was a scout and messenger during the Revolutionary War. Known as “Mad Anne,” she is an important figure and legend of the early years of white settlement in the Kanawha Valley. Anne’s acts of bravery and heroism were unusual of women at the time. While the truth of Anne Bailey’s most famous exploits are disputed, her services to the western Virginia frontier were invaluable. 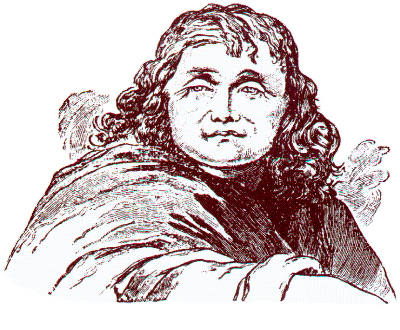 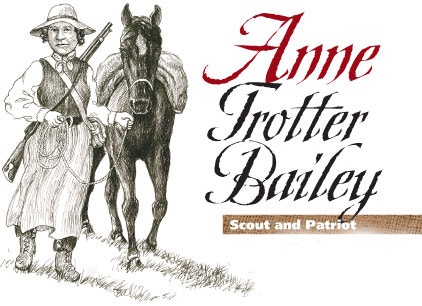 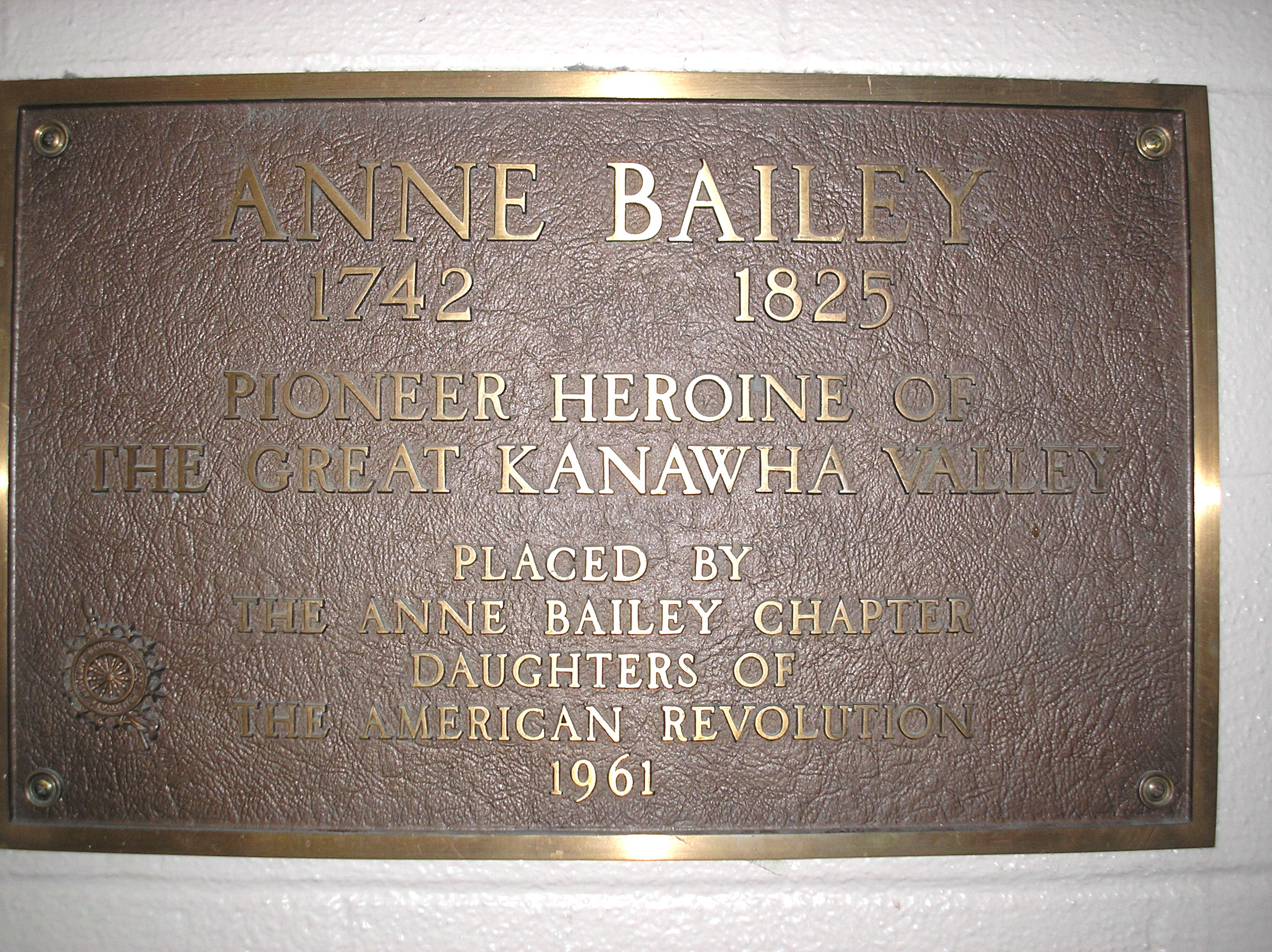 Anne Hennis was born in Liverpool England in 1742. She learned how to read and write from her formal education in England. Both of her parents died by the time she was 18, and so she journeyed to America at age 19. The story of her journey is disputed. Some say she came to America to live with relatives, while others believe she came as an indentured servant to pay for her trip (1). In 1765 Anne married Richard Trotter, who was later killed in the Battle of Point Pleasant that took place on October 10, 1774. Many believe her first husband’s death is what turned Anne Bailey “Mad” because afterward she taught herself how to shoot a gun and began to wear men’s clothing (2). Bailey also volunteered to be a scout and messenger for the Revolutionary War, and was determined to help the cause in any way she could. She rode up and down the western Virginia frontier, delivering messages and encouraging young men to join the militia.

Part of the legend of “Mad Anne” is that the Native Americans feared her. She commonly came across groups of Shawnee Indians during her rides. In one fateful encounter while being chased by the Indians, Bailey jumped from her horse and hid in a log. After being unable to find her, the Indians stole her horse and returned to their camp. Anne then went to their camp in the night and stole her horse back. As she was riding off she began screaming loudly, making the Indians believe she was possessed and could not be hurt by their weapons. After this, Bailey did not need to fear being attacked and was relatively safe in the woods (3).

Anne married John Bailey in 1785, a fellow frontier scout. In 1788, she and John Bailey moved to Fort Lee at Clendenin’s Settlement, located in present-day Charleston, West Virginia. In 1791, Fort Lee heard rumors of an impending Native American attack and realized they did not have enough gun powder. In her most famous ride, Bailey journeyed over 100 miles to bring the needed gun powder from Lewisburg, which stopped the siege. Many debate whether or not this story is true, but Anne Bailey remains an important pioneer figure as she continued to deliver mail and messages along the western Virginia frontier until her death.

After John Bailey’s death in 1802, Anne began to live in the wilderness for almost 20 years. Her last trip to Charleston was in 1817, at age 75. Her final years were spent living in a cabin built by her son on his property in Ohio. Anne Bailey died on November 22, 1825 and was buried in Gallipolis. Her remains were later reinterred in Point Pleasant, where they rest today.

Anne Bailey Elementary is on Winfield Road in St. Albans, WV, which is on the Midland Trail.