Construction of this historic home and plantation began in the 1830s for the family of Squire David Graham. Construction of the home and its many additions continued into the 1890s, when the property passed to the family of Graham's son, Major David Pierce Graham. The Graham family made their wealth from the labor of slaves, as well as the iron industry which was also an important part of the economic history of this region. The Graham family's iron furnaces provided pig iron that was instrumental in building a variety of items. Major Graham served in the Confederate Army, and his furnaces provided iron for Southern forces during the Civil War.

Exterior of the mansion 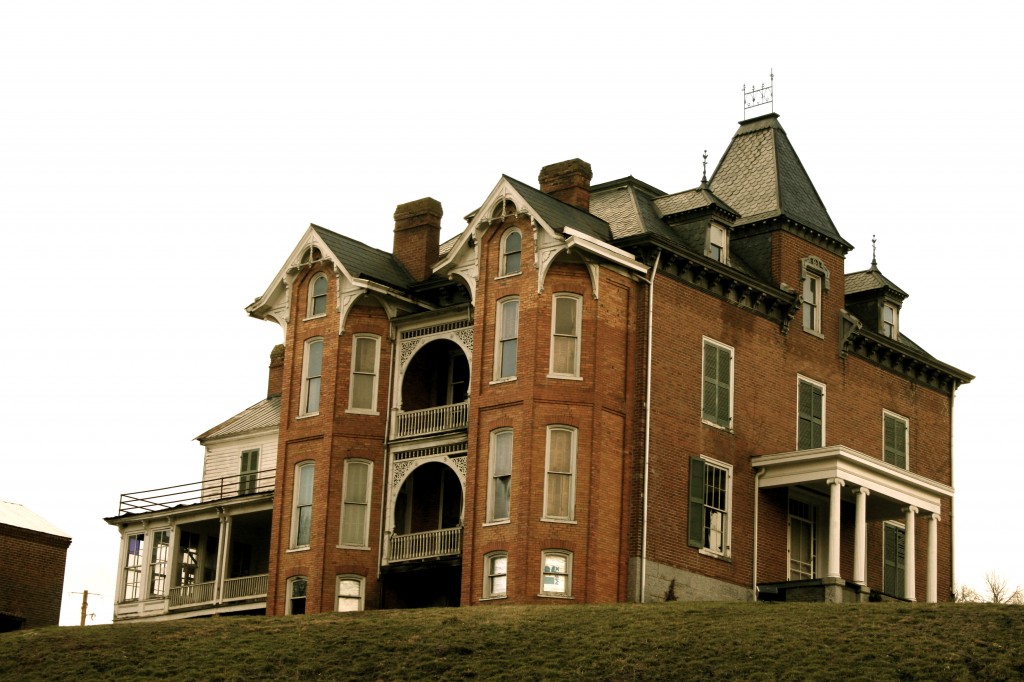 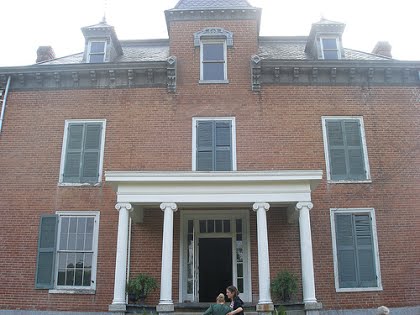 The original frame portion of the mansion. The slaves’ quarters were located directly behind the mansion's main kitchen. 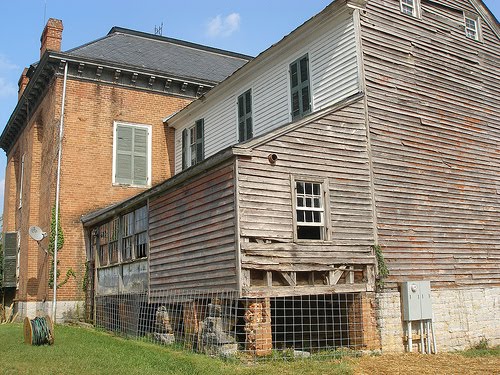 Forge similar to one of the dozen operated by the Grahams 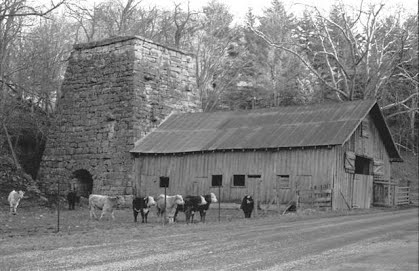 The home of Squire David Graham, and later his son, Major David Pierce Graham, was built in stages beginning in 1830. The Grahams were influential residents in Wythe County owing to their wealth, the labor of slaves, and ownership of a dozen iron forges and furnaces. The Grahams were also investors in several mines and other projects throughout the region. The family also owned thousands of acres as well as a general store and mill.

The back frame portion of the mansion was the first to be built, beginning in 1830. It overlooked the Graham’s Cedar Run furnace. The original frame portion of the mansion is supposedly built around a log home built by Joseph Baker in 1785.2 The next addition comes beginning in 1848. Bricks are produced on site to construct the brick addition and it is completed around 1855. David Pierce Graham would go on to add more elaborate touches such as hip on hip Mansard slate roof, dormers, celtic cross motifs, and one of a kind cast iron columnns at the front. Major Graham worked on the mansion until at least 1890.

David Pierce Graham, was born in 1838 in the original portion of the home. He  was a major with the the 51st Virginia Infantry Regiment, which was formed in 1861 with eleven companies from Wythe, Grayson, Wise, Patrick, Nelson, Bland, Tazewell, Amherst, and Floyd Counties.4 He joined at that time and rose to the rank of Major, before being discharged for health reasons. Major Graham still desired to support the Confederacy and provided iron for the Rebel cause. It is even claimed that a children's room in the mansion was used to as a meeting place for Confederate commanders and also to treat Confederate wounded when action drew near.1 Support was also focused on material for the war effort. Graham's pig iron was turned into cart wheels, rail, and even cannon, but it was reported the iron was unsuitable for the task as some of the cannon made from it ruptured.5

Major Graham loved the mansion and lived there for his entire life adding to and refining his family's home. After he passed, it stayed in the family until it was sold to Reid Fulton in 1943. Professor Fulton was the eccentric grandson of one of the founders of Emory & Henry College and he filled the mansion with his considerable collection of rare and antique books. Professor Fulton sold the home to a Dr. Chitwood from Pulaski, Virginia who placed the mansion on the National Register of Historic Places.2

The mansion is now owned by J.C. Weaver who is slowly restoring the mansion. Like many other historic properties in the South, the owners are reluctant to discuss issues such as slavery and secession in hopes of encouraging tourism and event rentals. The restoration is also supported by hosting annual concerts, paranormal tours, and a haunted mansion events. These "haunted" tours do little to encourage a deeper understanding of the history of the antebellum South, but they do acknowledge the existence of slaves by exploiting the story of a rebellious slave who was convicted and executed for killing his master prior to the land's acquisition by the Graham family.

Private small group tours and private paranormal group investigations by appt. only May-July. Closed annually from Thanksgiving through May.