Theodore Roosevelt Island is a national monument to the conservation-minded 26th President of the United States. The island is only accessible from the Virginia side of the Potomac, but is technically part of Washington, D.C. Formerly known as Analostan Island or Mason’s Island, the site has been occupied by Algonquin-speaking Native Americans, Revolutionary Patriot George Mason IV, American Civil War Union troops and the 1st United States Colored Troops, freedman refugees, and finally the Roosevelt Memorial Association. Today, the island is a national park dominated by wooded uplands and swamps, its trails administered by the George Washington Memorial Parkway. A set of inscribed markers and a statue of Roosevelt stand roughly a quarter mile from the parking lot. 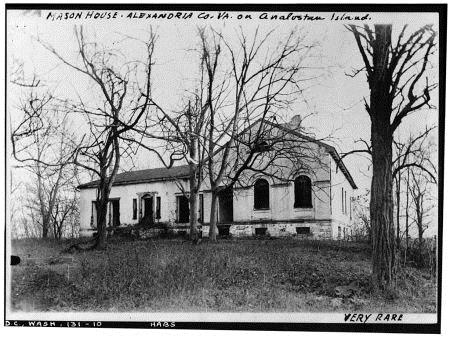 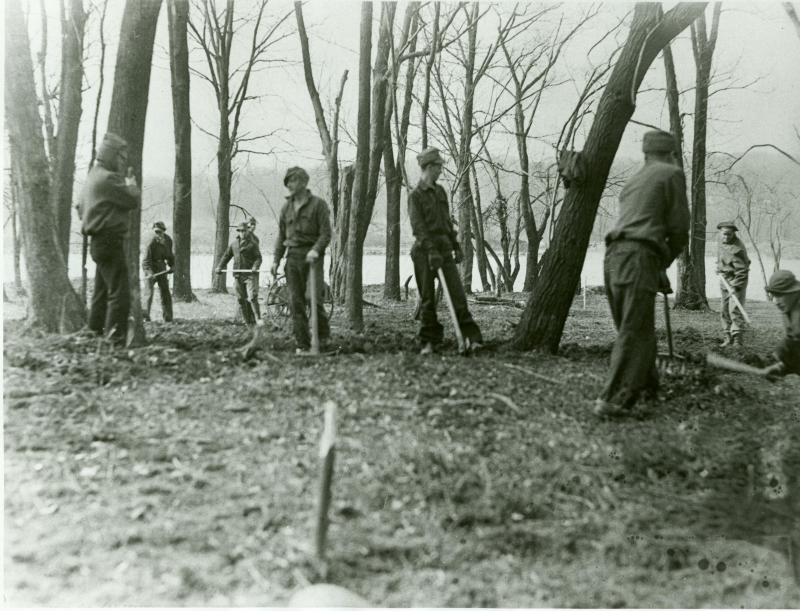 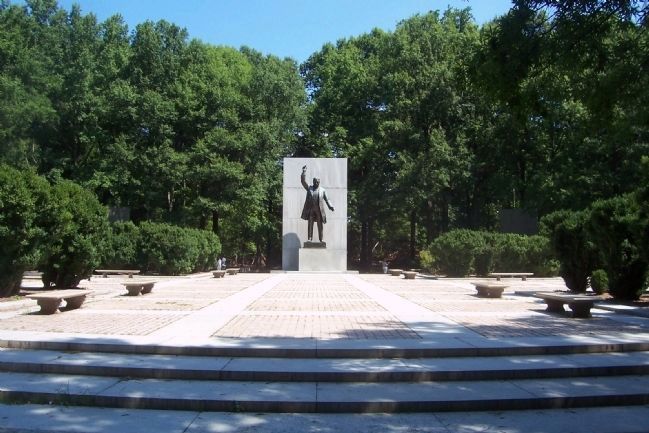 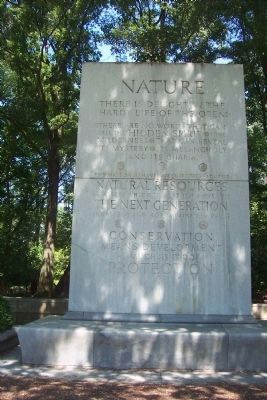 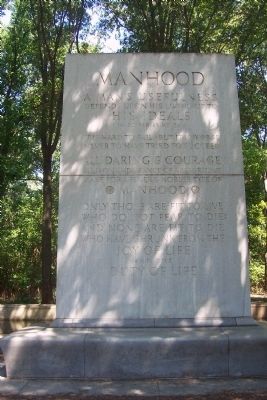 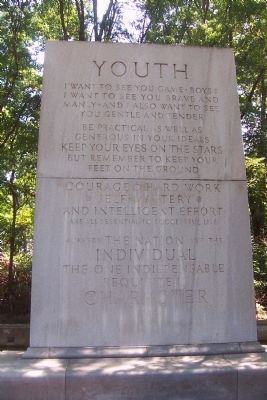 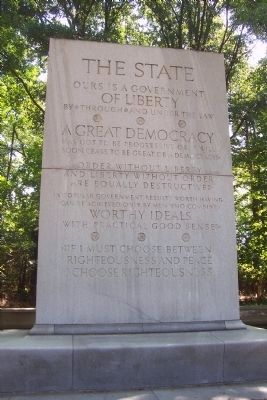 Prehistoric through early eighteenth century occupation of the island is associated with the Algonquin-speaking tribes who fished and farmed the Potomac River Valley. One of these tribes, the Necostin (or Anacostian), who were part of the Powhatan confederacy in the 17th-18th centuries, is likely the source of the island's original name: Analostan. The British Crown claimed the island in the 17th century, granting it to Captain Randolph Brandt of Maryland for "protecting colonists from hostile Indians"3 in 1682. In 1717, the island was sold to George Mason III. His son, George Mason IV, author of the Virginia Bill of Rights, inherited the island in 1735, establishing a farm, ferry, and associated ferry house in 1748. Presidents George Washington and James Madison both used Mason's Ferry during the American Revolution and the British attack on the capitol in 1814. John Mason inherited the island from his father in 1792, converting it into a plantation and rural estate, constructing a Classical Revivalist mansion on the central plateau.

During the American Civil War, Mason's Island housed Union troops, a storage and distribution camp, training grounds for the 1st District of Columbia Colored Volunteers (an African American regiment with white officers, later called the 1st United States Colored Troops), and, by 1864, a refugee camp for emancipated slaves known as Fort Greene or Greene Heights. Overcrowding and disease necessitated the help of the Association of Friends for the Aid and Elevation of the Freedmen, a Quaker organization, who drastically improved the condition of the refugee camp. Following the war, the island was used ephemerally for recreational activities including a boating club and athletic club, by the Great Falls Ice Company, and an explosives test range; by the turn of the nineteenth century, the island was overgrown, the buildings in ruins.

The Roosevelt Memorial Association (RMA) acquired the property in 1931, renaming it Theodore Roosevelt Island and handing it over to the National Park Service in 1933. The Olmsted Brothers received the contract for the site's development, with the work carried out by the Civilian Conservation Corps. The goal was to establish a mature forest of native species, and in spite of objections, the ruins of the historic buildings on the island were razed as part of the effort to naturalize the island. The Theodore Roosevelt Memorial Bridge connecting the southern tip of the island to the Virginia bank was completed in 1964, and the monument finished in 1967.

The inscriptions on the memorial, all quotes from Theodore Roosevelt himself, read as follows:

[Panel 1]
NATURE
There is delight in the hardy life of the open. There are no words that can tell the hidden spirit of the wilderness, that can reveal its mystery, its melancholy, and its charm.

The nation behaves well if it treats the natural resources as assets which it must turn over to the next generation, increased and not impaired in value.

Conservation means development as much as it does protection.

[Panel 2]
MANHOOD
A man's usefulness depends upon his living up to his ideals in so far as he can.

It is hard to fail, but it is worse never to have tried to succeed. All daring & courage, all iron endurance of misfortune, make for a finer and nobler type of manhood.

Only those are fit to live who do not fear to die, and none are fit to die who have shrunken from the joy of life--and the duty of life.

Be practical as well as generous in your ideals. Keep your eyes on the stars, but remember to keep your feet on the ground.

Courage, hard work, self-mastery, and intelligent effort are all essential to successful life.

Alike for the nation and for the individual, the one indispensable requisite is character!

[Panel 4]
THE STATE
Ours is a government of liberty, by, through, and under the law.

A great democracy has got to be progressive, or it will soon cease to be great or a democracy.

Order without liberty and liberty without order are equally destructive.

In popular government, results worth having can be achieved only by men who combine ideals with practical good sense.