The Ancient and Accepted Scottish Rite of Freemasonry is one of the oldest bodies of the Freemasons, through which Master Masons can further their education. Since 1903 the Dallas Scottish Rite has grown from its initial membership of only sixty-four to a current tally of over seven thousand. The order continues to educate its members and the wider community on the values of love, tolerance, charity, truth, faith, community, and patriotism. Theirs is the largest Valley (the term for a Lodge or jurisdiction of the Scottish Rite) in the Southern Jurisdiction of the United States. 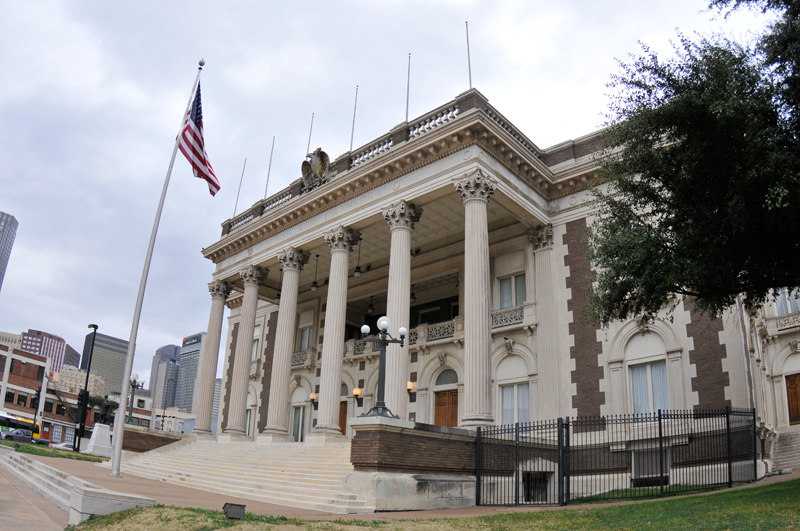 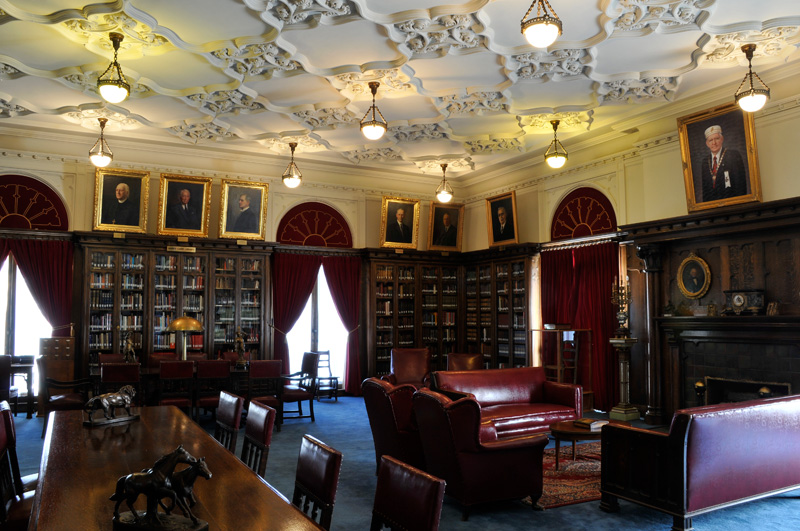 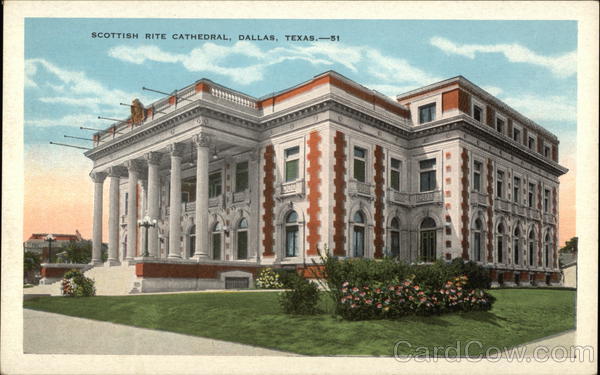 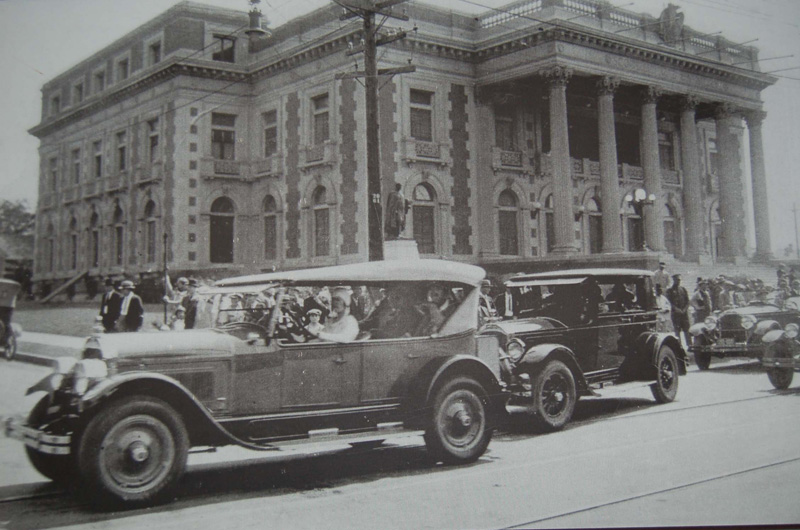 The building is a splendid mix of a number of architectural styles, providing it with a unique appearance. The walls and stairs are made of dark gray brick and Stamford limestone, with imported Bedford stone used for the columnns. A front-facing, two-story portico sits atop a flight of sandstone stairs, mounted atop hand-fluted columnns with Corinthian capitals. A gilded stone double-headed eagle, the emblem of the Scottish Rite, looks over the street from the center of a sweeping balustrade. Pilasters and rounded arches in the Doric style frame the windows and doors of the entrance. The interior rooms are each uniquely decorated. One can find fine crystal chandeliers, gilded pilasters, decorative Ionic moldings, Egyptian columnns, mahogany furnishings, a marble and bronze grand staircase, and the largest banquet room and pipe organ in the Southern States. The ceiling is painted a dark shade of blue, and embedded with glass stars resembling the constellations of the Zodiac, through which the room’s lighting shines.

The Scottish Rite were established in Dallas by the late 19th century, acquiring their permanent charter and Lodge in 1897. They had held their meetings in various locations around the city, including the Stafford Building and the Dan Sullivan Building until 1905, when they commissioned a Cathedral to be built on the junction of Harwood and Young Streets. A time capsule is buried underneath the northeast corner of the building, placed there by the Texan Grand Master of Masons, J. P. Bell in 1907. Until its completion in 1908 they made use of the nearby Turner Hall, the present site of the Dallas Masonic Lodge. Two years after they occupied the new building, they began publishing the Scottish Rite Herald newspaper, which was distributed amongst the order’s members. Today the building houses a library and museum that exhibits historic photographs, memorabilia of famous Scottish Rite figures, and the original Dallas Scottish Rite Consistory Banner from 1897. Statues of famous figures, such as Sam Cochran, George Fleming Moore, and James Richardson adorn the building, and there is even a bowling alley in the basement.