Built in 1924 to show motion picture and host travelling vaudeville acts, Capitol Theater was the leading movie palace in Olympia during Hollywood's "Golden Age." Shortly after its completion, the owners installed a pipe organ that was later moved to a local church. Sadly, that organ was later sold for scrap. A similar fate might have fallen on this old movie palace, but community leaders came together to save the historic building which is now home to the Olympia Film Society.

The theater's marquee was added after a restoration project and is a faithful recreation of the marquee that was created for the theater in the 1930s. 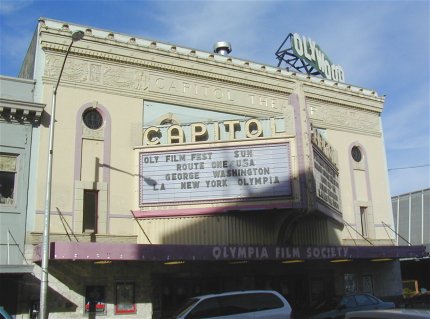