The Brown Center for Public Humanities 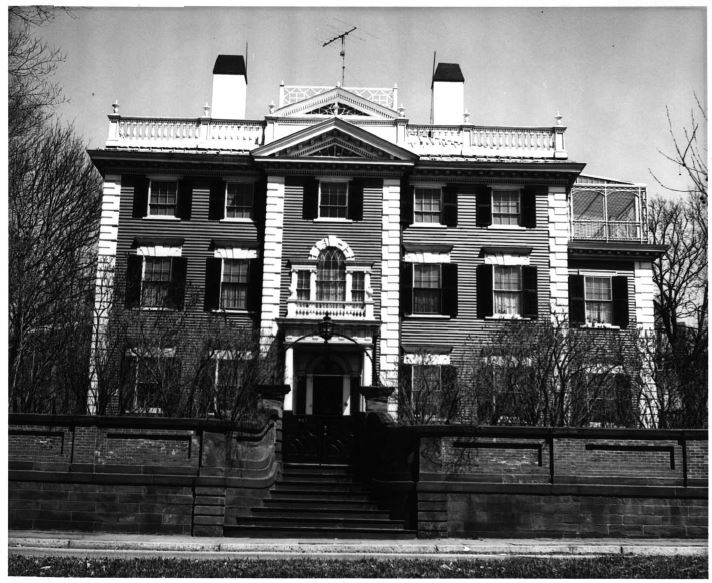 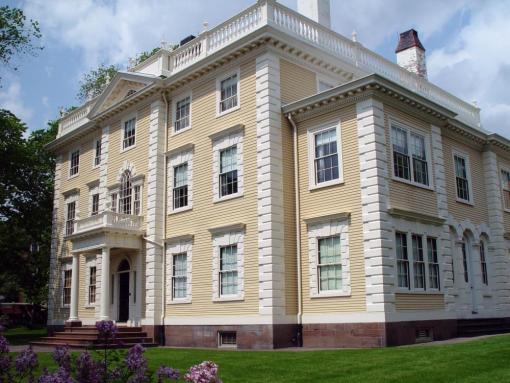 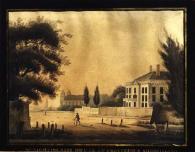 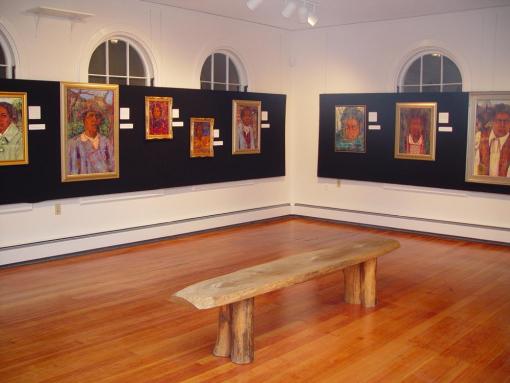 The Brown Center for Public Humanities is lodged in the historic Nightingale-Brown House, which was built in 1791-11792 for Joseph Nightingale. Nightingale, a Providence merchant of the Clark and Nightingale partnership, was one of the first residents of the city to build a grand house on College Hill. At 19,000 square feet, the three-story Georgian house designed by Caleb Ormsbee encompassed three kitchens, seven bathrooms, six bedrooms, and a view of the Providence River and its ports and wharves.

In 1814, Nicholas Brown purchased the house; five generations of his family would own the house until 1985, when the structure was donated to Brown University. An addition to the south side and a carriage house were constructed in 1853-1855, designed by Thomas A. Tefft. In 1862-1864, a library wing was added on the northwest side, designed by Richard Upjohn. Frederick Law Olmsted's Boston landscape architecture firm designed the grounds and gardens in 1890. These modifications were made by John Carter Brown, whose extensive collection of books are now at Brown University's John Carter Brown Library. John Carter's son, John Nicholas Brown II, founded the library after his father's death in 1900.

John Nicholas Brown, who took an interest in historic preservation and architecture, redecorated the house over the course of the 1920s, restoring European and American colonial revival motifs. After his death in 1979, his widow, Anne Seddon Kingsolving Brown, founded the John Nicholas Brown Center for the Study of American Civilization (which would later become the Brown Center for Public Humanities). The Center's areas of focus were American art, history, architecture, and historic preservation. Though the house was donated to the University as a new facility for the foundation, it suffered from structural problems due to rot, termites, and accidental damage from alterations. Renovations beginning in 1985 took $8 million and eight years' time. In addition to stabilizing and repairing the structure, interior woodwork was refurbished, and the furnishings of the first floor were restored to a mid-twentieth-century style, while the upper floors were adapted for academic functions.

In 1995, the house officially became a part of Brown University, and the Public Humanities program took up residence in 2006. The Center includes classrooms, a public humanities library, exhibition spaces, and a museum of over 900 objects representing the five generations of the Brown family who lived at the Nightingale-Brown house. These objects include China imported by the Brown family's merchant ships in the eighteenth century and eighteenth-century Rhode-Island-made furniture, as well as paintings, a piano, and more. Exhibition spaces include the formal Public Humanities Gallery, two garage galleries, and areas for site-specific art, history, and performance related to Rhode Island, Providence, Brown, or the Nightingale-Brown House. Students, faculty, staff, and local artists and organizations can organize exhibits.