Battle of Attu and Kiska

A World War II land battle on North American soil? When thinking about World War II, most people think of war in Europe and the South Pacific. But with the Battle of Attu and Kiska, islands off the coast of Alaska, battles were fought on North American soil. In June 1942, Japan had seized these two islands off the coast of Alaska that the United States had bought from Russia along with Alaska. Some military historians believe Japan had seized these islands in an attempt to occupy part of the United States military in the northern Pacific as a diversion while engaging in the occupation of Midway. Another possible reason is that the occupation of Attu, Kiska, and other Aleutian Islands would not allow the United States to attack Japan from this direction. The islands were seen a strategically important to both sides. Either way, the Japanese occupied these two islands for the better part of a year before the United States landed on the island of Attu to gain back the islands on May 11, 1943. 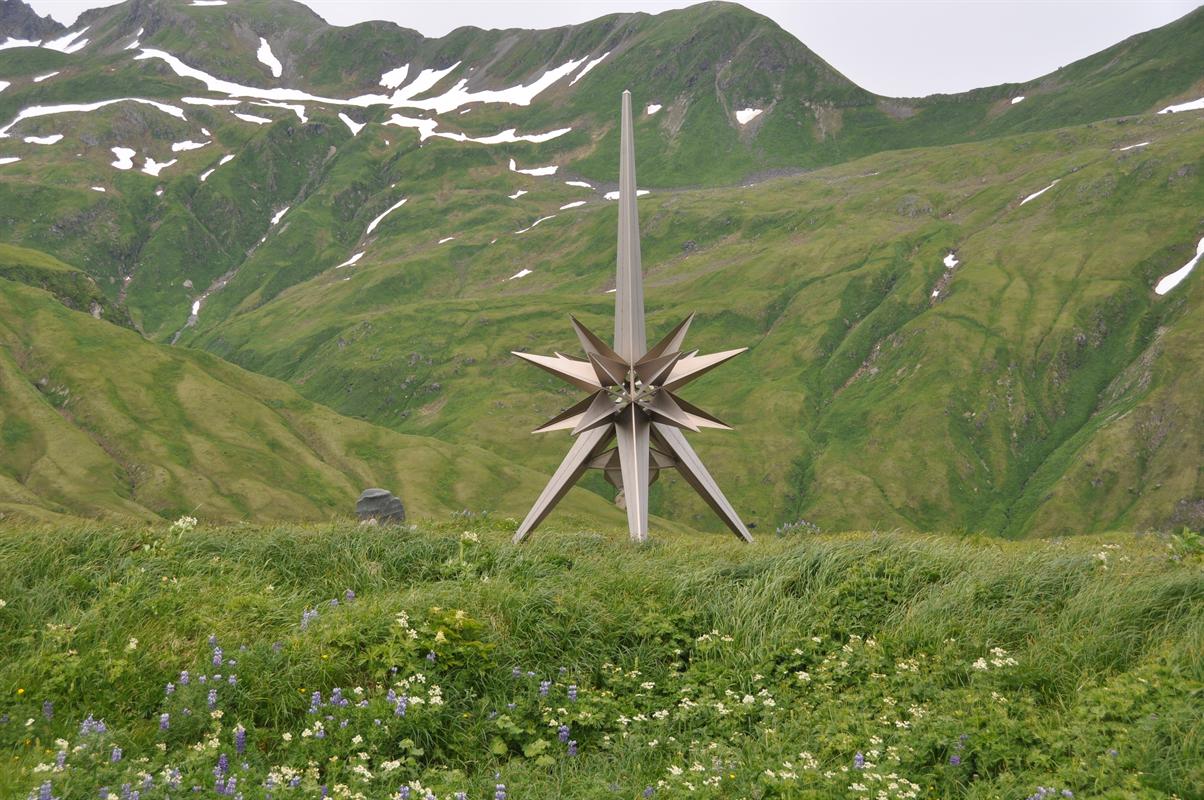 Kiska still has many left over artifacts from the Japanese occupation, just lying on the beach. Whereas, on Attu, if you didn't know what had happened there ... 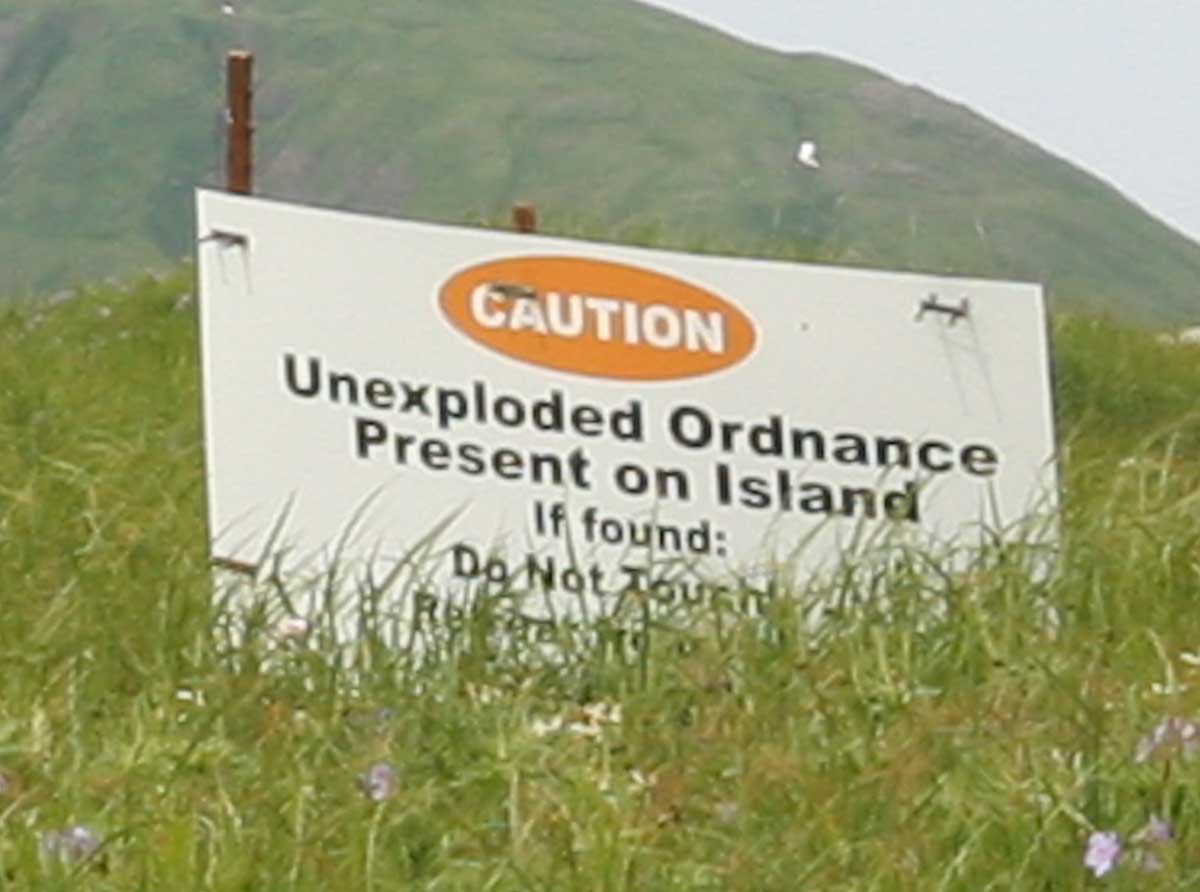 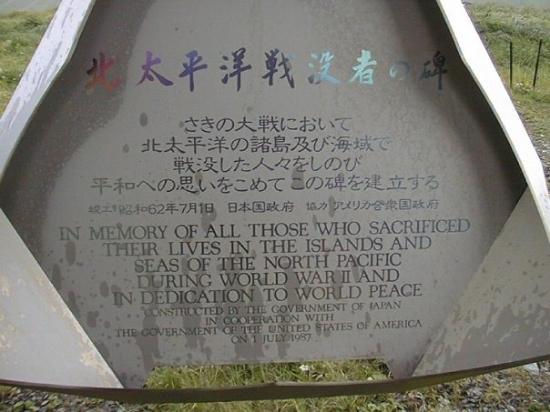 The largest intact collection of Japanese artillery pieces in the world is on Kiska Island. Remnants of Japanese coastal defenses are found on the Kiska and Attu portions of the Monument. 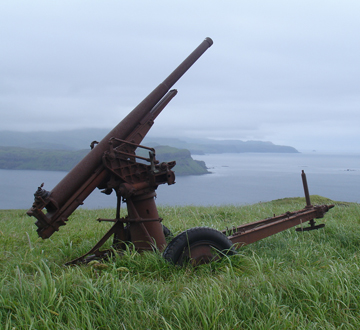 On May 11, 1943, an army infantry numbering 11,000 landed on the north and south end of Attu. The Japanese commander Colonel Yasuyo Yamasaki had moved his outnumbered force to the high ground on the island. The American force anticipated only taking a few days to reoccupy the island and at first encountered little resistance. The American force had not anticipated the rugged terrain and harsh climate of the island having a negative impact on their advancement. The American force was not prepared for the climate and terrain of the island, the force was ill-equipped and under dressed for the cold, fog, and wind. Exposure to the drenching rains and freezing cold inflicted more casualties than enemy fire as hundreds of U.S. troops suffered frostbite, trench foot and gangrene.

After several weeks, with the aid of naval and air bombardment, the army had finally taken the high ground and forced Colonel Yasuyo Yamasaki and his men to forgo a final attempt to retake the position. The remaining Japanese soldiers, most of whom adhered to the traditional Bushido code (or “way of the warrior”) forbidding surrender as the ultimate dishonor, began to face the inevitable. Before dawn on May 29, 1943, in one of the largest banzai charges (an all-out, often desperate attack) of the Pacific War, Colonel yasuyo Yamasaki and his men launched a frontal attack on the American force. Brutal hand-to-hand combat followed until Yamasaki and his men were finally routed by overwhelming firepower. Most of the Japanese who were not killed committed suicide, in many cases by detonating hand grenades near their stomachs. Afterward, 2,000 Japanese died out of the approximately 2,500 Japanese troops on Attu when the Americans landed, fewer than 30 survived to be taken prisoner. Some 1,000 U.S. troops died in the retaking of Attu.