This small urban park is dedicated to the memory of Captain Malcolm A. Rafferty. A resident of Long Island at the turn-of-the-century, Rafferty served in Company F of the 71st New York Volunteers during the Spanish-American War and distinguished himself during the famous Battle of San Juan Hill. During the heat of that battle, Rafferty was ordered to lead his company to the top of San Juan Hill. According to the report published by the Adjutant General of New York, Rafferty was one of several line officers ordered to lead his men up the hill, although several other officers either failed to receive the order or reported back that the order could not be followed.

Rafferty's monument can be found within the triangle and was recently restored by the NYC Parks Department and volunteers from the Newtown Historical Society. 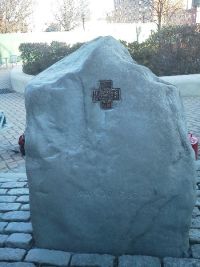 This depiction of Rafferty appears in the San Francisco Call, May 23, 1899. The article reported the news that Rafferty was ill and dying in Trinidad. He suffered from the disease for another four years before dying of malaria in Trinidad. 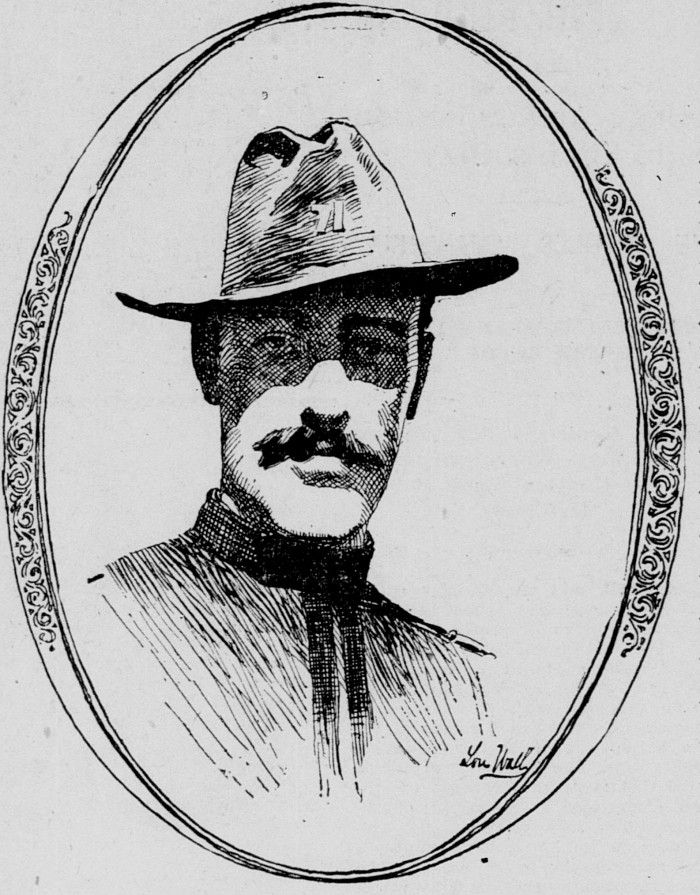 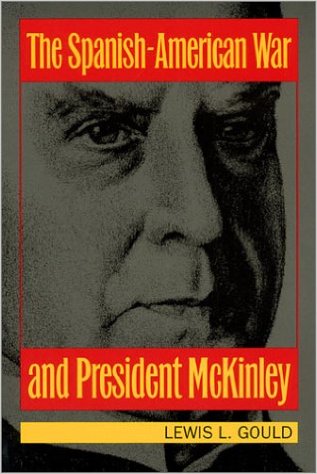 Captain Malcolm A. Rafferty is one of the most-decorated soldiers from New York to serve during this war. According to an article in the San Francisco Call, Lafferty contracted malaria during the war. After returning to the States, he accepted a position for a Long Island company that sent him to Trinidad--apparently in hopes of recovering his health in a warmer climate. He appears to have served the company between 1899 and 1903 when he perished from malaria in Trinidad. His monument was dedicated on Memorial Day in 1937. Sometime during the 1970s, the monument was defaced and the bronze plaque had been removed. Thanks to the efforts of the Newtown Historical Society, the plaque has been recreated and the monument has been restored.