This home on the Algiers neighborhood’s Bermuda Street was once home to legendary jazz musician Alphonse Picou (1878-1961) and is included in the Algiers Point Association’s self-guided “Over da River” Jazz Tour. He lived in the house in 1898. He played the clarinet and his musical accomplishments include organizing the Accordiana Band in 1894 and the Independence Band in 1897. He played with a number of notable musicians throughout his career, including Oscar, DuConge, Manuel Perez, John Robichaux, Kid Rena, and Papa Celestin. 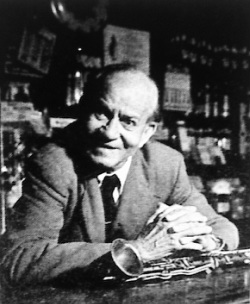 Papa Celestin and Alphonse Picou (in the background) 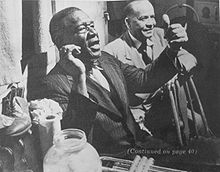 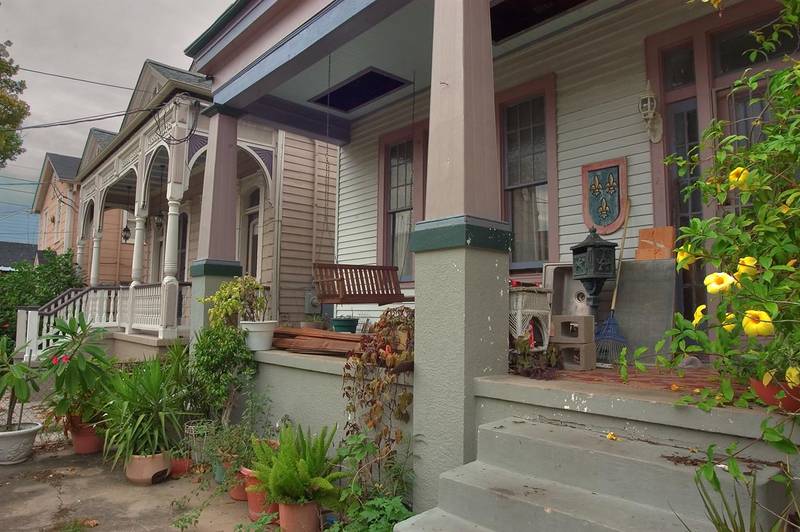 Hear Me Talkin' to Ya: The Story of Jazz As Told by the Men Who Made It 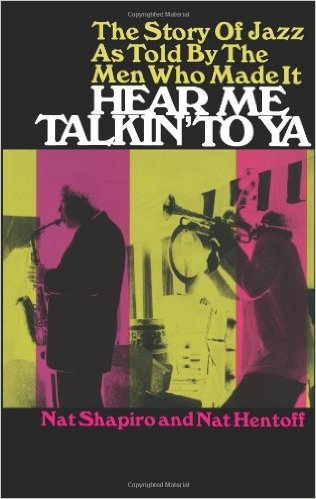 Alphonse Floristan Picou was born to a middle-class Creole of Color family in downtown New Orleans. The Creoles of Color are an ethnic group mostly associated with New Orleans, but also existing in other parts of Louisiana, Southern Mississippi, and Alabama. Creoles of Color were free throughout history and they often had the same privileges as whites, included formal education and land ownership.

Picou began working as a professional musician at the age of sixteen. At the time he played both the guitar and the clarinet, later choosing to focus on the clarinet. Before becoming a full-time musician, he worked as a tinsmith. Initially, he played with classical bands, such as the Creole section of the Lyre Club Symphony Orchestra. He also played with some brass bands, including the Excelsior and the Olympia, before becoming part of the early musical movement that would later be called jazz. Due to his light complexion, he also played with some white bands, including Papa Jack Laine. Musicians of color with darker complexions were not invited to play with white bands due to the racial prejudices of the time. Picou was forced to return to metalwork during the Great Depression but began playing professional again during the forties, when he made his first recordings. His funeral proved to be one of the largest jazz funerals of all time.

This tour includes stops at the homes and haunts of many of the early jazz legends and includes several museums, performance venues, historical markers and statues, and the New Orleans Jazz National Historical Park. The complete tour should require a full day. Like jazz itself, however, improvisation is welcome. Anyone can create and save their own personal version of this tour by adding or removing sites to match their interests and schedule.