This historic bed and breakfast was built as a parsonage for St. Peter’s Lutheran Church in 1868. The Federal-style home served the church in this capacity until 1936, when the property was sold to Halvard Wanger and Sarah Elizabeth McFetridge, a husband-and-wife team of physicians who expanded the building to provide space for examination rooms and offices. In 1983, Ed and Carol Ringroot purchased the property and converted it into a bed and breakfast named in honor of town founder Thomas Shepherd.

This historic home was converted to a bed and breakfast in the 1980s and was purchased by Lauren and David Duh in 1984. 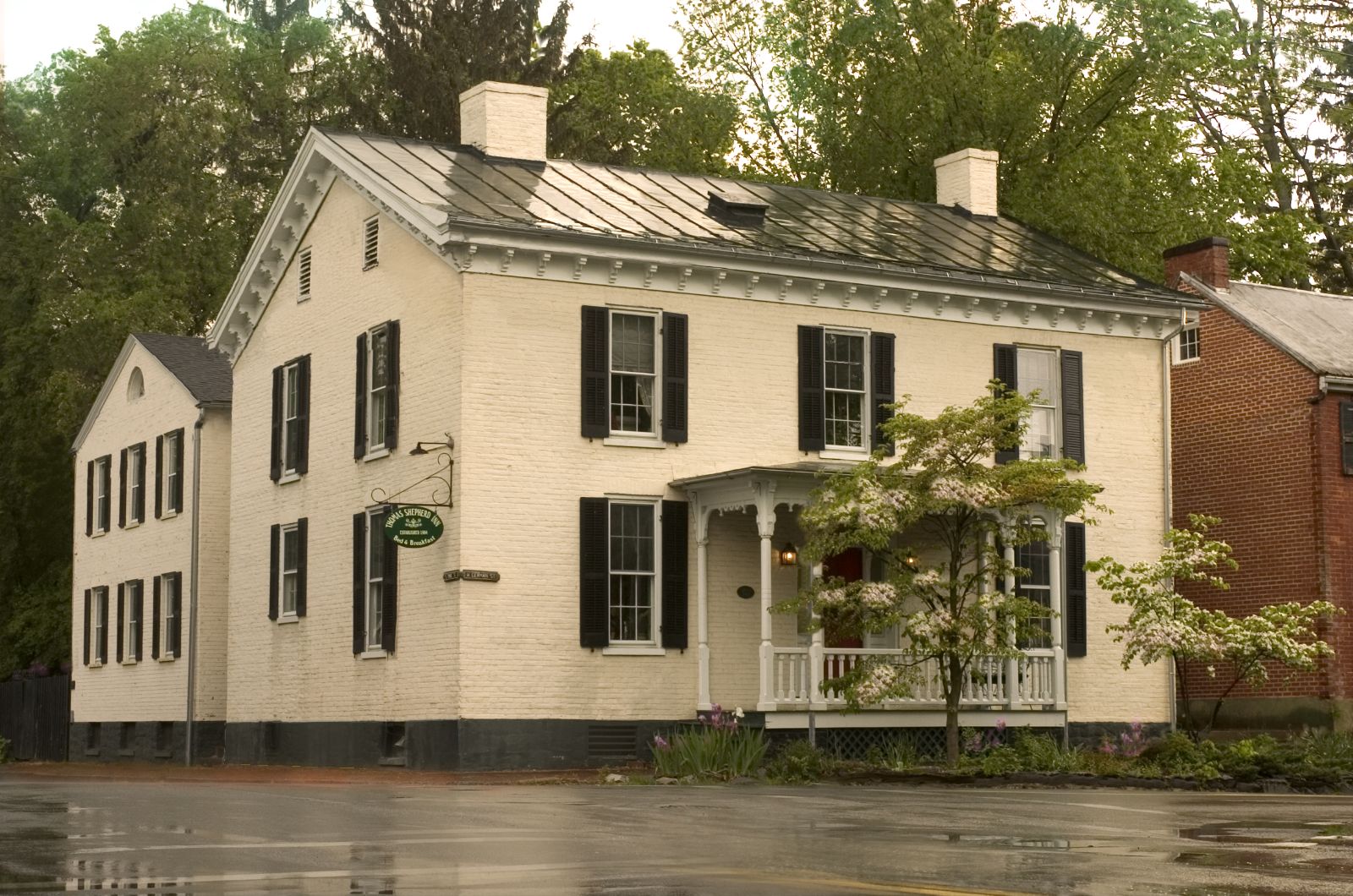 The community that became Shepherdstown was originally called Mechlenburg-a name that reflects the German heritage of many early settlers along the Potomac River in this section of the colony of Virginia. In 1798, residents renamed their community in honor of Thomas Shepherd, an early settler who arrived in 1739. Shepherd operated the area's first gristmill and later surveyed and sold many of the town lots.